Have any of you guys seen the meme floating around comparing First Lady Michelle Obama vs. potential future First Lady Candy Carson? 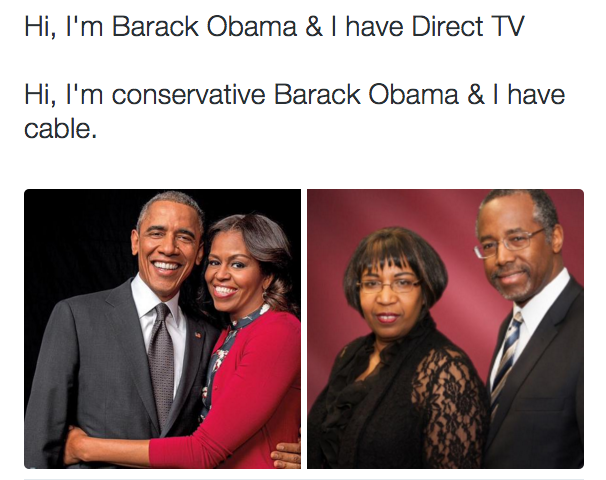 Furthermore, it's not the first "comparison" of the two floating around that I've seen.

I want to remind the American people that those running for president are real people.

They have real families. Candy Carson is a real person.

I am perhaps more so aware of this as I have met a few of the presidential candidates' wives, Candy Carson included. 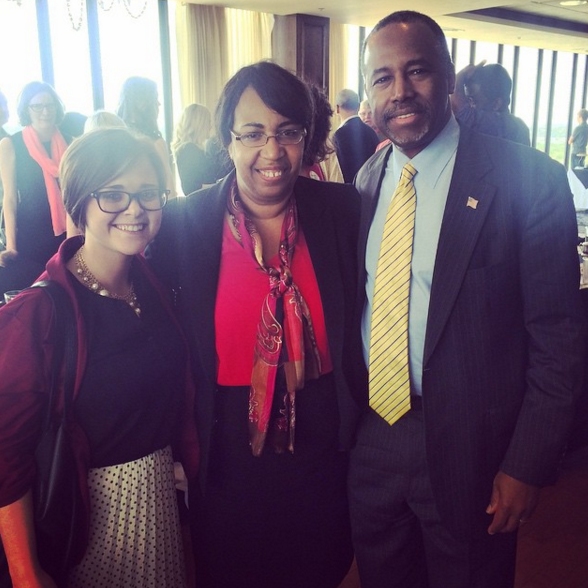 Meeting Candy Carson and Dr. Ben Carson at a Bull Moose Club a few months ago

From the brief time I had met her, I found out the following: Candy has a great sense of humor, shows so much support for her husband, and is one of the kindest people I have met. I can also say I've talked to a number of other Iowans who have met Candy and agree. Maybe Candy Carson IS the "Anti-Michelle Obama." I don't know, I haven't met Michelle Obama.

What I do know is this:

Just because these women have husbands that have chosen a life in the public eye, serving the public, does not make them fair game for sexist jokes and offensive comparison.

They did not choose a life in the public eye -- and even if they had, that doesn't give the American people full permission to objectify these women.

I will also say this. Appearance in politics does matter, unfortunately. You want your candidate to look "presidential" -- which for many means polished and distinguished. You want your First Lady to also look as such -- as they will be, along with their husband (or wife), a "face of our nation." Whether Candy Carson is stylish, trendy, or fashionable is a completely different story.
As long as Candy Carson is dressed "appropriately,"

WHY DO WE CARE WHAT CANDY CARSON IS WEARING?

Why do we care what a woman is wearing or whether her dress is Vera Wang or Kohls? Do we care about what men wear? (Sometimes, yes -- but did you ever see that story about the female newscaster constantly criticized for her outfits while her co-anchor wore the exact same suit every day for a year and not one person noticed?)

If, for some reason, you're still not convinced that this "harmless joke" is sexist, let me ask you this:

Has anyone compared Frank Fiorina to Bill Clinton? If we are going to be comparing candidates' wives and say it's not sexist because the First Lady IS a public figure in the public eye, we sure as hell better be comparing the candidates' husbands as well.

Whether you support Ben Carson's politics or not -- you can support that Candy Carson in no way, shape, or form, deserves the objectification that comes with this joke.

Obama has "DirectTV," Carson has "cable," and apparently, the American people have no class.