In 20 years, the typical workplace may look less like "The Office" and more like your own living room.

Today's offices are noticeably different from a decade ago. Many companies have jettisoned corner offices and tightly packed cubicles in favor of open floor plans, which feature sprawling rooms packed with row after row of desks and few dividing walls. At the same time, more employees are choosing to work from home. But both trends have limitations: The former has been shown to hinder workplace productivity, among other complaints, while the latter can stifle collaboration.

It's up to the office of the future to fix these issues, says Steve Gale, London head of workplace strategy at M Moser Associates, a Hong Kong-based architecture firm specializing in designing and building offices for global businesses. Gale has a solution he calls the “convivial workplace,” an office that promotes social interaction between employees. When workers socialize, Gale told The Huffington Post, they begin to swap ideas and develop a greater sense of shared purpose.

A rendering of the office of the future. It will place particular emphasis on the "primordial interest in coffee and things to eat," according to architect Steve Gale.

“The only reason left for going in to work is to interact with other people,” said Gale, pointing out that technology gives most office workers access to the tools they need to do their job from the comfort of home. “But people need to [meet face to face] for a multitude of reasons. And that, I think, is one of the biggest issues we need to address over the next 20 years.”

Jeanne Meister, a workplace expert and co-author of a book on corporate innovations, notes that progressive tech companies like Google and Facebook use workspaces as a way to establish a corporate identity, more than as a place to get work done. "Space needs to communicate the culture as a way to attract the right employee," she told HuffPost, adding that flexible working conditions are a key determining factor in attracting and retaining top talent.

"At the end of the day, millennials don't want to go to a place to do work. They are more interested in having an experience." said Meister, who envisions a future office space that resembles a living room or even a bar -- not unlike this rendering Gale sent us from M Moser:

Both Meister and Gale predict that offices of the future will resemble trendy cafes or bars.

“When you want to do the boring stuff like making phone calls, you can do that anywhere," Gale said. “But businesses will say, ‘Guys when you come to work, wouldn’t it be nice if you really looked forward to it? And you knew it was going to be entertaining, stimulating, engaging?'"

Experts we spoke to agreed that workplace amenities such as in-house cooks, gyms and health care will become more important than ever. But while Facebook and other companies may already provide some of these perks, few have truly adopted the full change in perspective that Meister and Gale expect to see in the coming years.

For example, Gale pointed out, most offices already have common areas where employees can socialize. "But it hasn’t got the ambience that’s actually truly social," he said. "It’s a wipe-down place that’s a bit echoey. People will use it if there’s nowhere else to go, but it’s not part and parcel of your daily work routine. That’s the shift in the center of gravity to a different way of thinking and working." 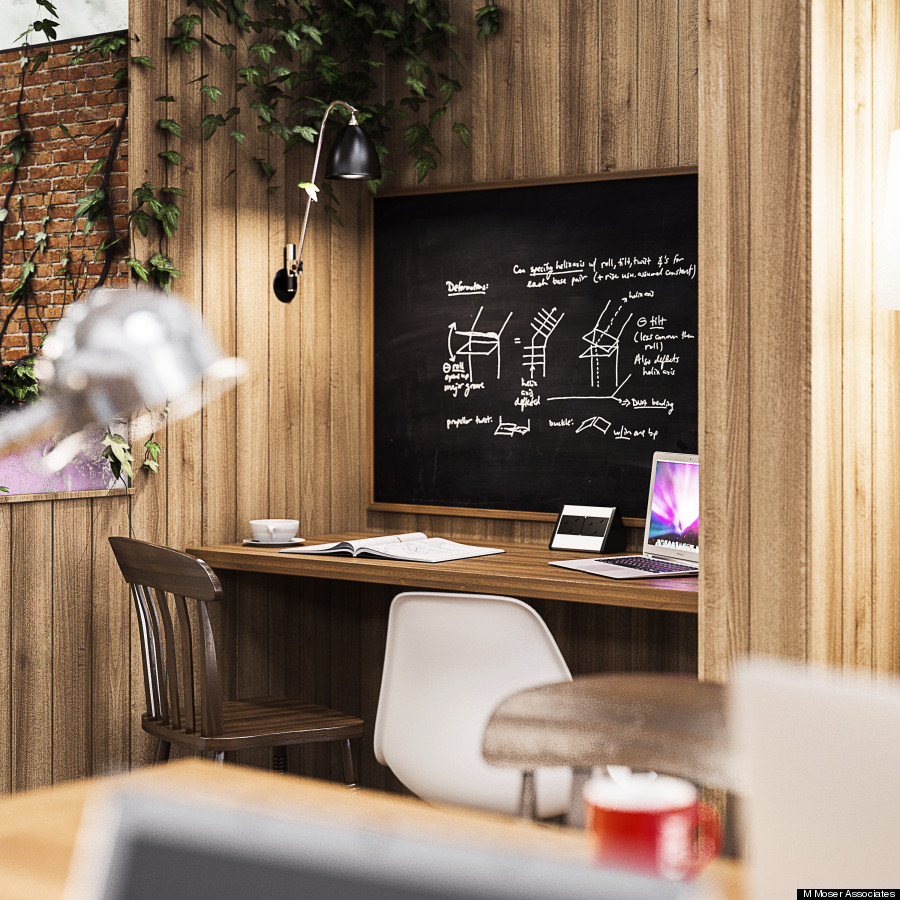 Offices of the future will provide a variety of work environments designed for specific work activities, according to Gale.

Whatever the workplace of the future turns out to be, it sounds like it'll be an improvement. Twenty years from now, workers may reflect on the offices of 2015 as "dark satanic mills," Gale said. “There’s no doubt about it. [They’ll say] ‘did you actually get up in the morning, commute for an hour and half, sit there and then go home again? You’re nuts!’” he added.

Even HuffPost's New York City office -- with its open floor plan, small huddle rooms and mechanized standing desks -- may one day be thought of as arcane and unproductive.

“Everyone wants to be open and wants to be collaborative, but when you really do the research, a lot of workers are struggling with being effective and productive in totally open workspaces,” said Meister, digging at modern-day office setups. “How do you enable collaboration without sacrificing a worker’s ability to really focus on the job at hand?”