It's 3 p.m. Though you've had plenty of coffee, your energy is on a decidedly downward trend. You try to struggle on the task at hand, but there's something that's just keeping you from concentrating. The answer might be right in front of you -- literally. That is, if that wall is the wrong paint color.

When it comes to workplace environments, bold might not be better. "Colors that are very saturated and not very bright -- like emerald green and sapphire blue -- generally promote an energy level that puts people into overdrive if they're trying to do thoughtful work alone or to collaborate with others. They just can't concentrate well," says Sally Augustin, PhD, an environmental psychologist and principal at Design With Science, via email. Augustin also cited a study by Andrew Elliot, a psychology professor at the University of Rochester, which found that exposure to the color red lead to distraction, worry and a reduced ability to focus on mental tasks. 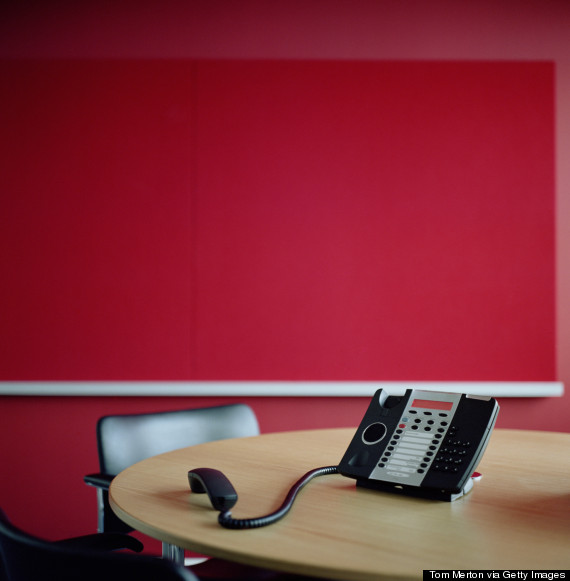 Red might be your favorite color, but it can have a negative influence in the workplace.

Yet an office that goes in the complete opposite direction -- too white -- can have an even worse effect on one's mood. "The walls in open floor plan offices are often painted white to maximize the feeling of space, but sometimes it turns the environment sterile under fluorescent lighting," said Erika Woelfel, Director of Color Marketing for BEHR, via email.

Even if you're not in an open floor plan, an all-white environment can still have that "sterile" vibe. A 2012 study that focused on the effects of color in hospital settings found that a white color scheme was strongly associated with a "clinical appearance" that seemed intimidating.

The ideal office, instead, is one of subtle color. 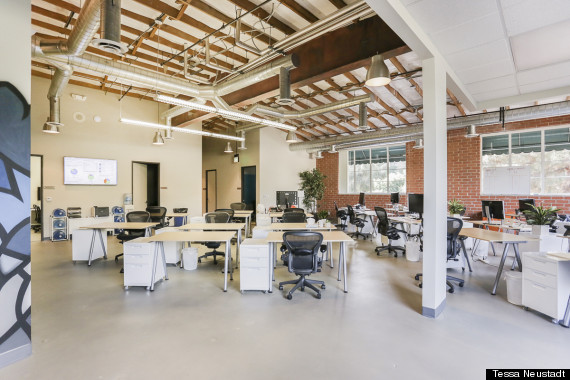 A look inside the offices of Connectivity, which features beige walls and glimpses of exposed brick, wood beams and the occasional mural. Photo courtesy of Homepolish. Designer: Allison Rosenberg.

"This largely depends on the demographic involved, but in general, people are gravitating towards a more calming environment. Primarily because of their hectic and high energy lifestyles, we see an emphasis towards neutral spaces," says Melanie Conant, NCIDQ and Director of Interior Design for The Architectural Team, a Boston, Massachusetts design firm that counts many corporate offices among its clients, via email. She also adds that brighter colors are used as an accent to add interest to a space, while taupes, tonal whites and warm grays are popular choices for office design at the moment. 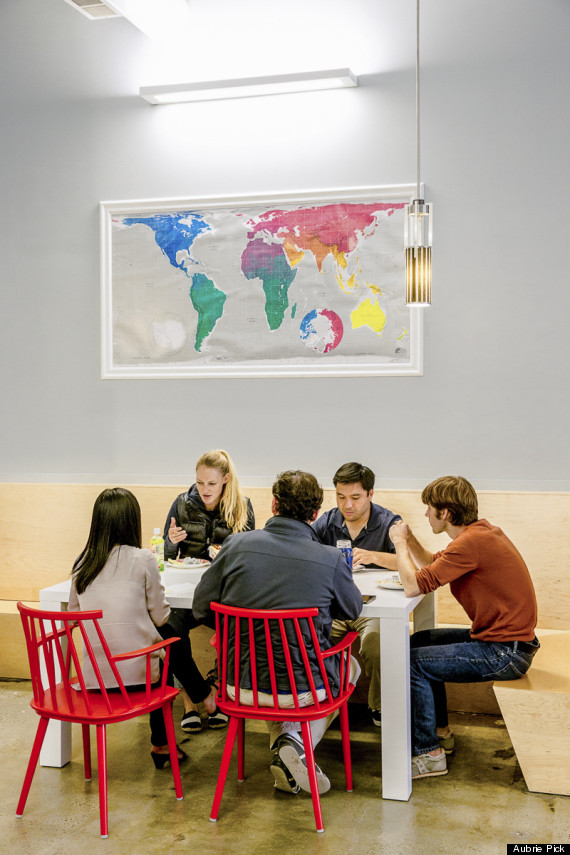 A common area at Euclid. The walls are painted a light gray hue. Photo courtesy of Homepolish. Designer: Felice Press.

There's another benefit to being surrounded by soft neutrals: Less eyestrain. "For work spaces, neutrals and softer, more grayed hues are better for concentration and preventing eye fatigue," says Jackie Jordan, Director of Color Marketing for Sherwin-Williams, via email.

Now add this to your to-do list: Getting an office redesign.

Work from home? Check out Domino's suggestions for the best home office colors.

The Best Paint Colors To De-Stress A Room