An Ohio sheriff's deputy was fired Wednesday after he admitted to posting racist comments on his Twitter account.

Clark County Sheriff Gene Kelly confirmed to The Huffington Post that deputy Zachary Davis was terminated after the sheriff's office received a complaint about a series of racially insensitive tweets Davis published to his Twitter account in April.

Kelly said he received an email from a concerned community member who expressed anger over tweets Davis sent in the days after protests unfolded in Baltimore following the death of 25-year-old Freddie Gray. Davis' tweets compared the unrest in the city to a "real life planet of the apes," and described Baltimore residents as “ignorant young people” who deserve “every stereotype they’ve ever been labeled.”

Davis' account was public early Wednesday and was later made private. His tweets were also deleted. However, prior to their removal, Kelly says he printed the comments and presented them to Davis, who admitted to publishing them.

Screenshots of the tweets were also posted online and obtained by HuffPost. 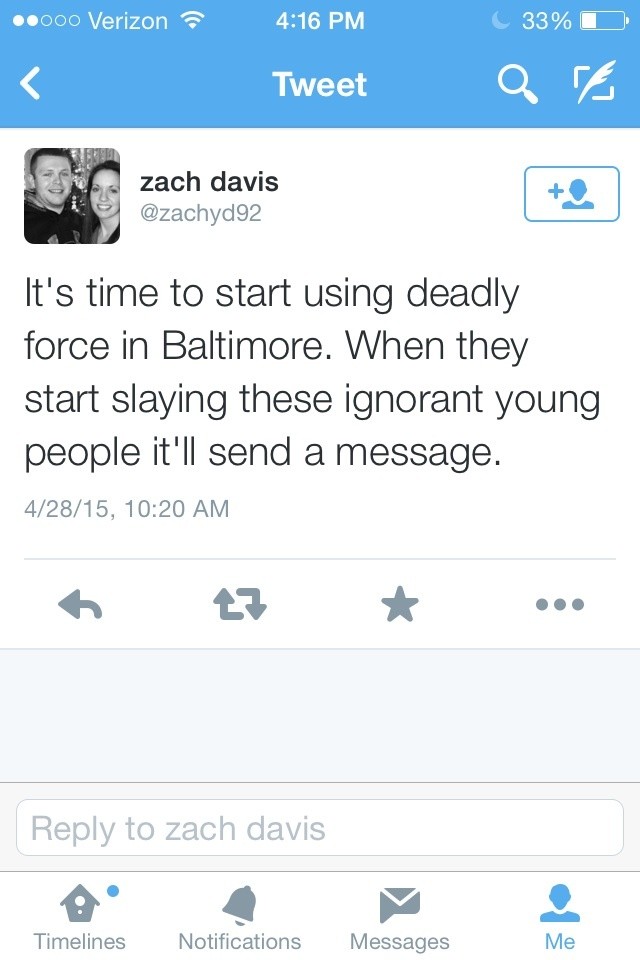 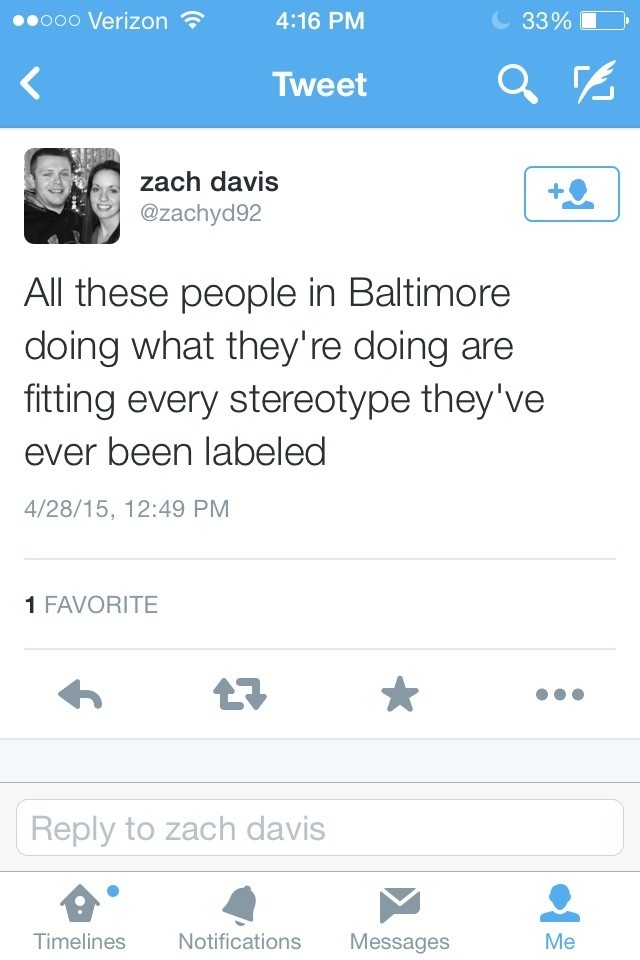 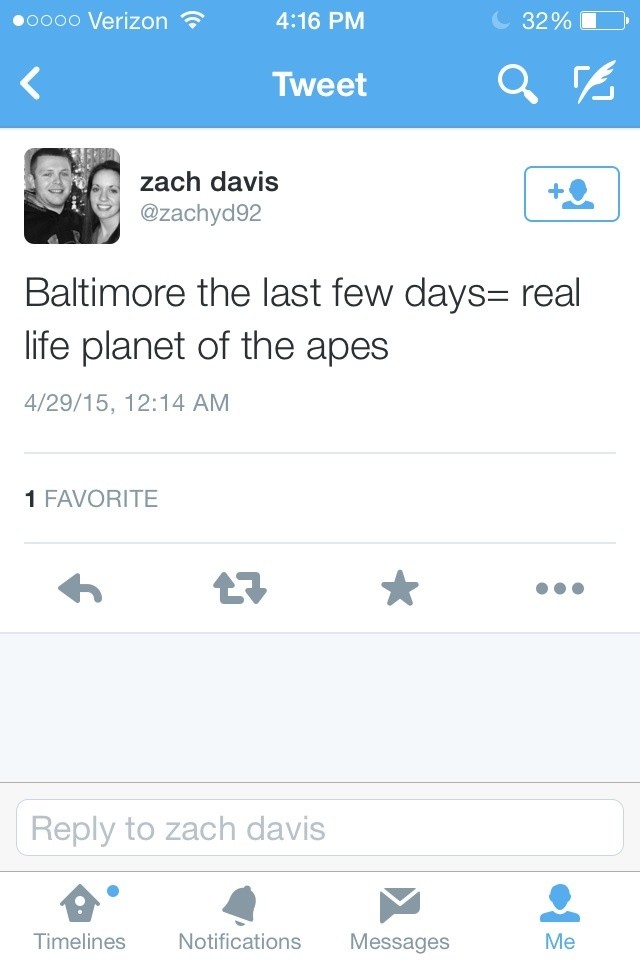 "I had nothing to say to him except that I'm disappointed and that it will not be tolerated," Kelly told HuffPost. "I found it offensive. Swiftly and surely, he was terminated."

Kelly said that Davis "did not believe he was racist" for publishing such comments.

The letter sent to the sheriff's office expressed concerns over the "insensitivity, hostility, and maliciousness" reflected in the tweets, and stated that such derogatory statements are unacceptable under any circumstances but especially troubling coming from a deputy who "holds the power of the state."

"Davis’s tweets are offensive, inappropriate, and inhumane for the way they treat the black citizens of Baltimore, striping them of their humanity and rendering them 'apes' who should be 'slayed' to be taught a lesson," the letter reads.

Davis joined the force in April. Kelly said he has met with the local NAACP president, who supports his decision.

"I’ve done everything I can do to try and correct this problem," Kelly said. "It hurts us and this community and there’s no place for it."