SANTA ANA, Calif. (AP) — An officer who found an abandoned newborn in a garbage dumpster was reunited with the now 25-year-old man he helped save.

"I hoped that someday I would see him again," Buelna said. 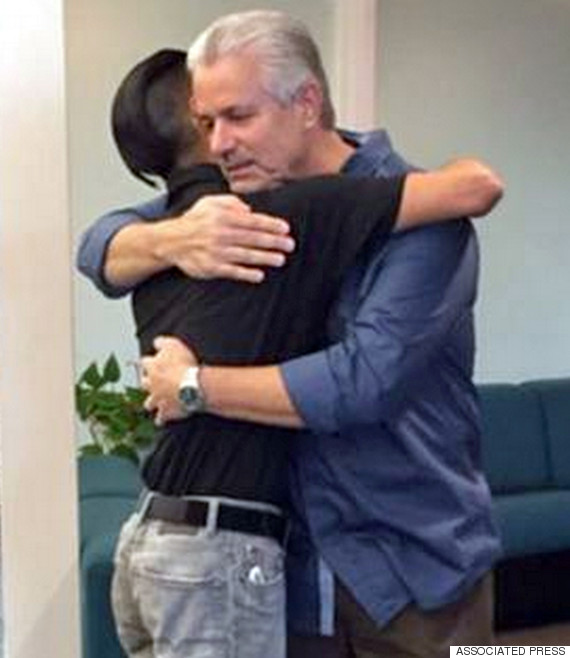 Buelna was on duty in November 1989 when he heard a faint sound coming from a trash bin. Buelna started shifting through the trash and discovered a baby, his umbilical cord still attached. The child was just four hours old and weighed 4 pounds, 2 ounces.

"He still had all the mucus and stuff, and all the trash and gravel was sticking to him," Buelna said. "I tried to give him a tiny little bit of breath, and he reacted a little bit." 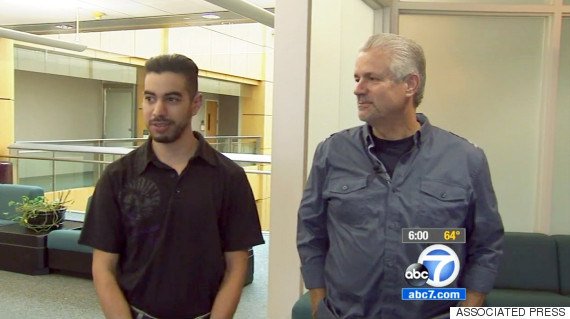 Buelna wanted to adopt the boy, but another Orange County family stepped in first. They named him Robin Barton.

Officers released a sketch of Barton's 19-year-old biological mother, later identified as Sarina Diaz, to the public. She was arrested and later sentenced to three years in prison for child endangerment and attempted murder.

Barton said he was "blessed with a great family" who raised him. In their meeting with Buelna, Barton's adoptive father, Daniel Fernandez, expressed his gratitude toward the officer.

"I had the opportunity to shake his hand and look in his eyes and say, 'Thank you for saving his life,' " Fernandez said.

KCBS-TV reports that news of the reunion led Barton's biological father to come forward. The two met Sunday, and Barton learned from Marcos Meza that his biological mother moved to Mexico after serving her sentence and wants to see him.

Meza said he had an affair with Barton's 19-year-old biological mother and only found out Barton had been abandoned in a dumpster when police questioned him. Meza said he has been searching for his son for years.

Barton said he hopes that meeting his biological mother will also provide closure. "I'm not angry or upset with her, and I forgive her because she was a young woman in a very compromising position," he said.

Man Reunites With Officer Who Saved Him When He Was Abandoned As A Newborn Over Two Decades Ago
Haitian Baby Survives Quake, Reunites With Family 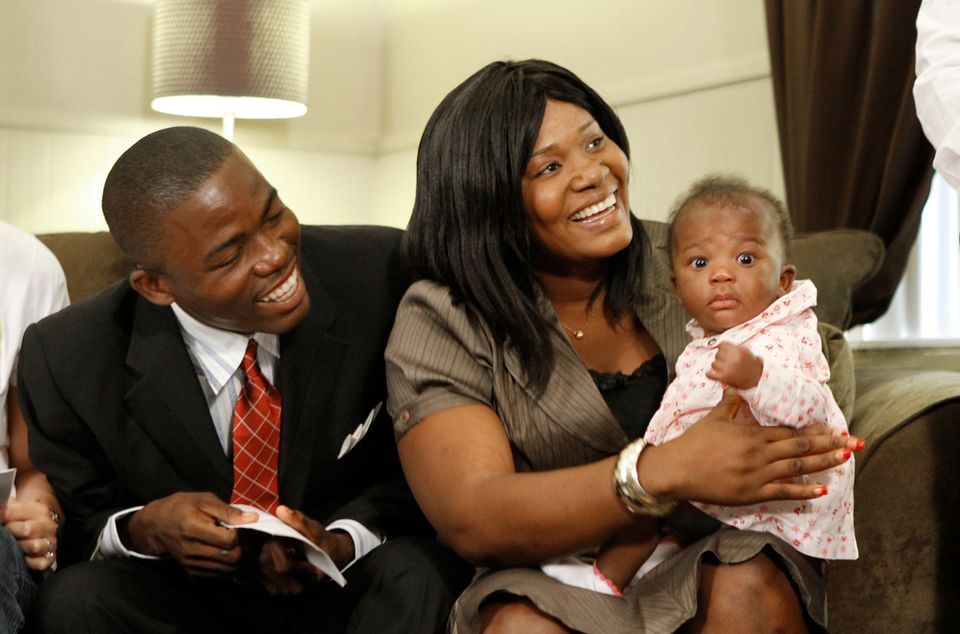 1 / 5
Junior Alexis and Nadine Devilme sit with their baby, Jenny, during a news conference, Tuesday, April 6, 2010 in Miami Gardens, Fla. The parents of the Haitian baby rescued from the rubble after January's devastating earthquake said Tuesday it was "a miracle" that the girl survived, addressing reporters a day after their emotional reunion in the U.S. (AP Photo/J Pat Carter)
ASSOCIATED PRESS