WASHINGTON -- After leaving the Commander-in-Chief's Ball Monday evening, where the the newly re-inaugurated President Obama thanked the troops and the first couple danced to Jennifer Hudson singing Al Green's "Let's Stay Together," the Obamas headed to this Inauguration's only other official gala, the Inaugural Ball, also being held at the Walter E. Washington Convention Center.

At the Inaugural Ball, the Obamas again danced to Jennifer Hudson singing Al Green's "Let's Stay Together" -- twice more, in fact, according to The Washington Post's liveblog of the event.

CNN has this description of the venue:

The Inaugural Ball was split between two floors in the building, and attendees were not allowed to go from floor to floor.

By 10:30 p.m., after a long Inauguration Day, the Obamas' limo had left the convention center to head back to the White House, according to the Post's liveblog. 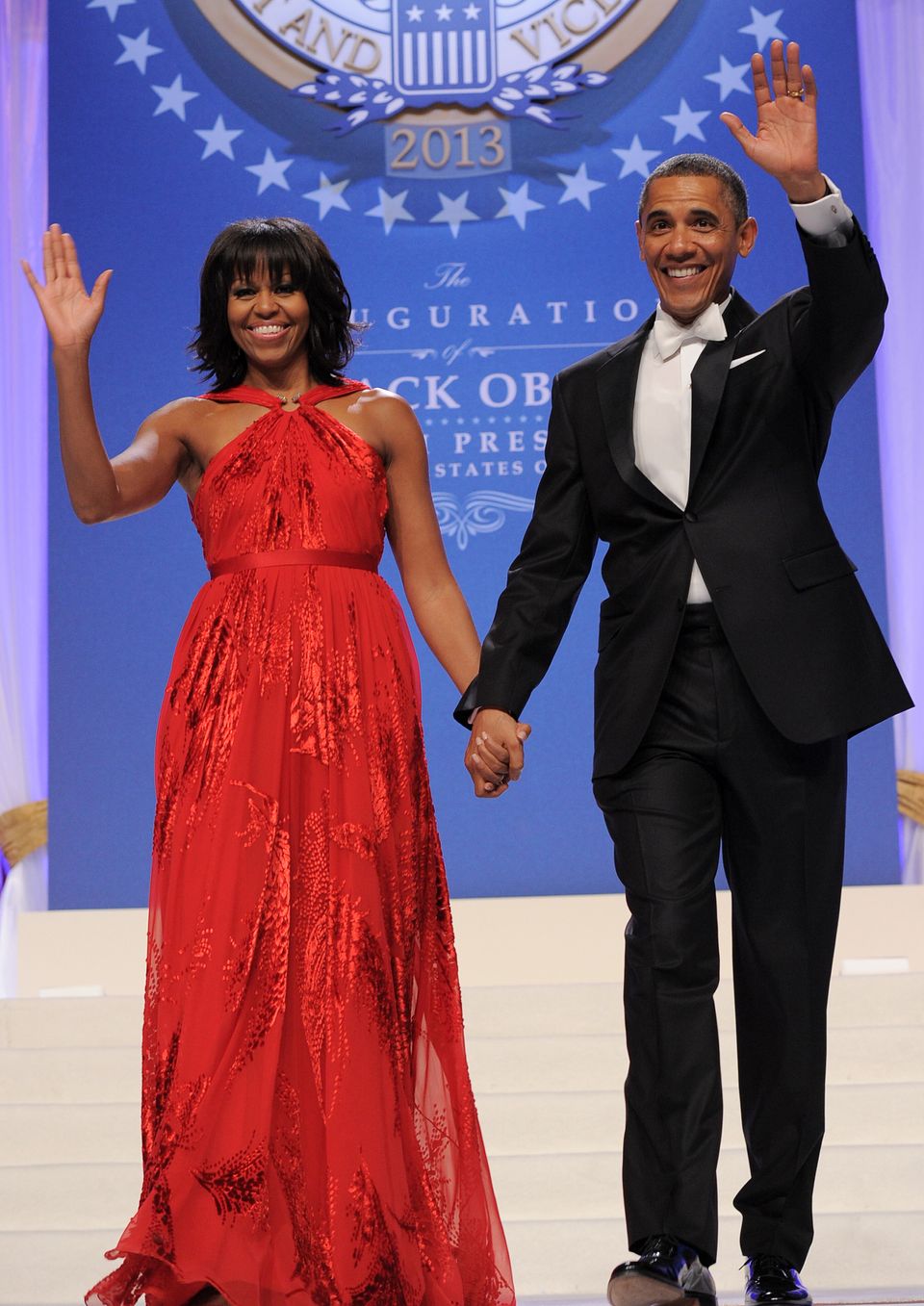