About two years ago, Danielle Bouchard was greeting customers at the Harry Potter exhibit at Discovery Times Square in New York. On those days, she would look across the way at Best Buy Theater, wishing her name was on the marquee.

Bouchard is one half of Brooklyn-based folk-pop duo, Oh Honey, and she -- along with her bandmate, Mitchy Collins -- will play that very theater on Nov. 7.

In an interview with The Huffington Post, Bouchard -- honey blonde in a black lace dress and black thigh highs -- told the story with a soft sincerity while Collins looked on. The two are currently preparing to embark on a national tour with fellow Brooklyn-based band -- and "very close friends," said Collins -- American Authors.

Catching up with @dannibouchard + @mitchycollins of the harmonious @ohhoneymusic for @huffingtonpost. Check them out on tour with American Authors this fall!

"I feel like it's like watching a movie of my life happen and waiting for myself to catch up," Collins said of the past few months. "A lot of work and not a lot of sleep. But, in a good way."

Collins is spot-on about the band's quick ascent; the two linked up to form Oh Honey in May 2013. Since then, they've signed with Atlantic Records and toured with the likes of The Fray and James Blunt. They released their debut EP, "With Love," in November 2013, and their second EP, "Sincerely Yours," on Tuesday. Their single, "Be Okay" -- a top-25 hit at Hot AC radio outlets nationwide -- was covered on Glee's landmark 100th episode and appears in numerous commercials:

The track is a prime example of why the duo has caught on so quickly; it is an undeniably catchy folk-pop anthem, and Collins and Bouchard make harmony look easy.

And their personalities blend like their voices. When asked to describe their sound, the two riff off of one another until they land on one word, in unison: "Optimistic."

But Oh Honey needed more than optimism to become a reality. While Bouchard had never toured before Oh Honey, Collins, now in his late 20s, has worked in music since his teens and is hardly a stranger to the difficulties of the field.

"You feel like your life is forgetting about you at times," Collins said. "You're so confined to what you're doing and then your friends and family and loved ones are still going on about their lives."

But for the duo, the rewards are very much worth the challenges.

"It's funny, because you'll be out for so long and you're missing home," Bouchard added. "And then you'll be home for two weeks and you'll think, 'I miss tour.' I feel like we're really ready to get out on the road." 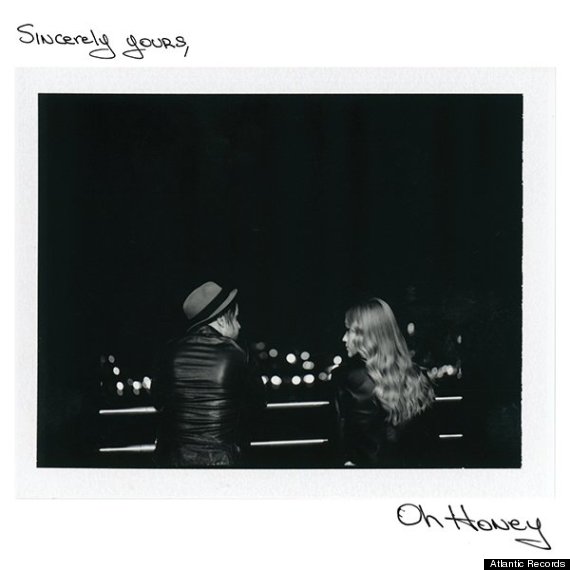 Though the band is buzzing to put their music out there, they'll miss their home base in New York. (Bouchard lives in Greenpoint, Brooklyn; Collins recently relocated to Los Angeles, but will split time between coasts.)

"I'm a vegetarian," Bouchard said, "and it's really hard on the road. I always miss those cute little veggie spots that I love in Brooklyn."

"It all comes down to food," nodded Bouchard.

In the future, the duo may bring a bit of Brooklyn on tour with them: they'd like to link up with a local bee farm -- which exist on rooftops in Williamsburg and Bushwick, Bouchard explains -- to sell their own honey at their shows, though neither are enthused at the thought of farming bees themselves.

"No, I do not want to farm bees," Bouchard said, laughing.

"I don't know how much the idea of being surrounded by bees is enticing," Collins added.

PHOTO GALLERY
Artists To Know In 2014