We're slamming a satellite into the Moon?! Hasn't anybody thought this through? The Moon's going to be forced from its orbit! Giant tides will wash around the Earth! Buildings will topple! The Man in the Moon will be mad at us! Do we really need another catastrophe?!

It was an hour after I put up a post at Blog on the Universe about how teachers can use the LCROSS impact as a Teachable Moment on the Moon in the classrooms. My good Twitter friend Heather Good at foundonmars.com tweets me that there are actually folks out there thinking about impending doom (check out the comments at this recent HuffPost article.) She asked me to come up with something that can put everyone's mind at ease. There was tension, anxiety, lots of scared people ... shades of Orson Welles War of the Worlds radio broadcast that had folks running from their homes. Cool (not the running thing -- the "can you come up with something to calm folks" thing). 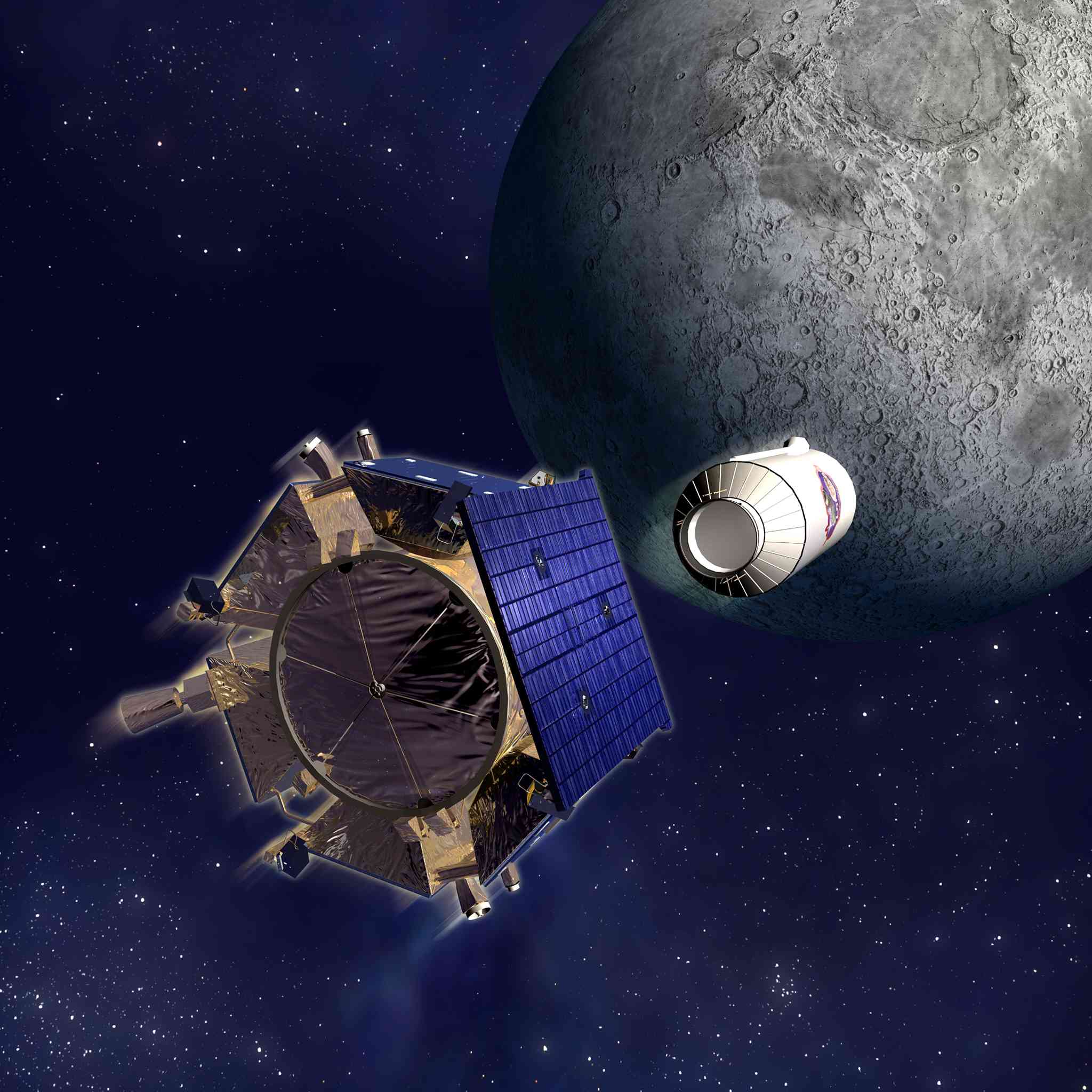 Okay, first, the target for the impact is the crater Cabeus. The operative word is crater. All those large craters on the Moon come from massive things hitting the Moon -- far more massive than the Atlas V Centaur upper stage and LCROSS vehicle heading moonward. Yet we're still here.

What? You think that virtually all those craters were from impacts long ago, and "who knows what effect they had on Earth back then?" OK, I knew that was coming (since I wrote it). The Atlas V Centaur upper stage has the equivalent mass of a meteoroid less than two feet (half a meter) across. Believe it or not, Moon and Earth are struck regularly by meteoroids of this size -- and we're still here.

So let's say we wanted to change the Moon's speed by just 1 MPH (1.6 km/hr) -- which is less than 1/2,000th its orbital speed -- and we were going to do it by hurling Atlas V Centaur upper stages at the Moon. How many would we have to hurl its way? Hey, let's give every person on planet Earth an opportunity to hurl one. Would that do it? Uh ... nope. Every person on Earth (all nearly 7 billion of us) would each need to hurl 1 million Atlas V Centaur upper stages at the Moon. I'd rather just hurl one and not worry about it. Rest easy, sleep well, and let's see if we can find water on the Moon at the South Pole.