The so-called hygienic toilet seats at the nation's second-busiest airport might not be passing the white glove test when people are doing their business.

After receiving a tip from a reader that the hygienic motorized toilet seats at O'Hare International Airport might not be so clean, the Chicago Sun-Times' Dan Mihalopoulos went to the latrines to check.

The motion-sensor triggers the mechanism, causing a clean plastic wrapping to rotate onto the toilet seat and replace the used one, according to ABC News.

A video (embedded above) shows Mihalopoulos pouring orange juice in the toilet (to simulate the human call of nature) and then watching as the plastic sleeve covering the seat drags up liquid splashed on the rim and redeposits droplets of the liquid on the supposedly fresh new plastic.

Jerold Wagenheim, the vice president of marketing at North American Hygiene Inc. (which assembles the seats) told ABC, “I can tell you that the way the reporter portrayed the use of the seat—by pouring orange juice on the rim of the bowl—is not the customary use of the toilet bowl."

Wagenheim added, “You can take any product today and play it around with it enough to make it not work the way it should be working.”

Wagenheim called the demonstration "unbelievable" and said the "SaniSeats" have been used for years prior without incident.

NPR notes the seats were installed by the controversial new janitorial contractor that was awarded O'Hare's business in December. The contract for United Maintenance Co. is reportedly worth $100 million, according to Crain's.

O'Hare 'Hygienic' Toilet Seats Might Actually Be Gross And Not At All Clean, According To Report
Germiest Places At The Airport 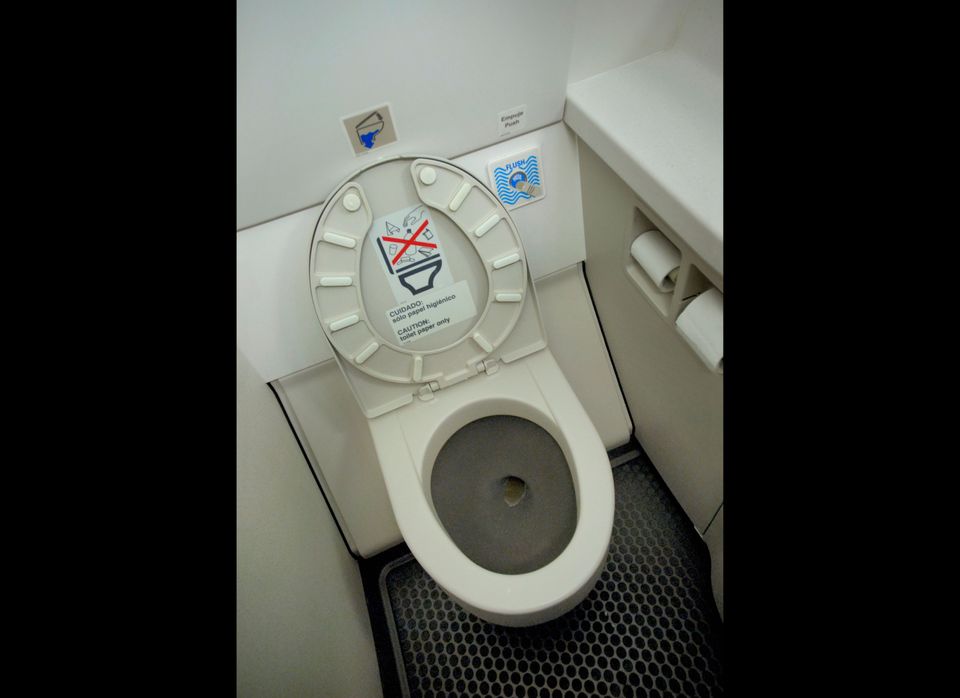 1 / 6
The Airplane Bathroom
Since the lav isn't usually sanitized between flights, it can see hundreds of users before getting a good scrub down.
Alamy