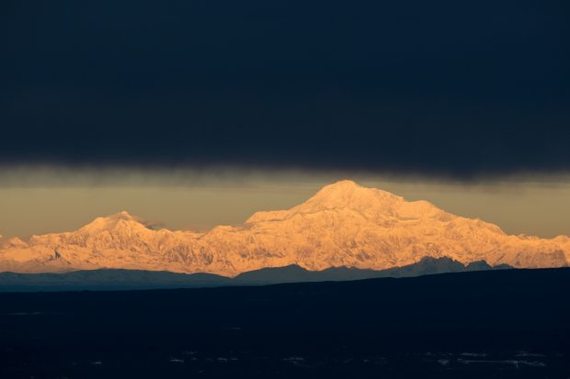 FAIRBANKS -- U.S. Rep. Bob Gibbs (R-Ohio) rose to the defense of the late William McKinley Wednesday with the latest in a long series of Buckeye State bills aimed at ending the Denali discussion and preventing a name change for the highest mountain in North America.

"Located in Alaska, Mount McKinley is the highest point in North America and has held the name of our nation's 25th President for over 100 years," Gibbs said in a press release. "This landmark is a testament to his countless years of service to our country."

McKinley, who hailed from Ohio, has schools, a bridge, a town, a park and other features named after him in his home state. He is buried in Canton, Ohio, home to the Pro Football Hall of Fame and the McKinley National Memorial, located on McKinley Monument Drive. A gold prospector named the Alaska mountain after the president in 1896, and McKinley's assassination in 1901 silenced serious debate about the choice until the 1970s.

In 1975, the state adopted the Koyukon Athabascan name Denali, a decision it confirmed in 2001. But the federal naming authorities always balked at a change, in part because of the opposition from Ohio, where there is more interest in the man than in the mountain.