Ohio voters are facing extremely long lines at polling locations on Sunday. Early voting in the state has been reduced from the five weekends before the election to only the weekend right before Election Day.

A federal appeals court ruled against Ohio Secretary of State Jon Husted and in favor of the Obama campaign in October, allowing hours to be extended in the final three days before the election. Husted took the case to the Supreme Court, which declined to hear it.

Early voters in 2008 were much more likely to be African-American in the Ohio counties that include the major population centers of Columbus and Cleveland, according to a study by Northeast Ohio Voter Advocates. Blacks accounted for 56 percent of all in-person early votes in Cuyahoga County, which includes Cleveland, while they accounted for 26 percent of votes overall, the study found. In Franklin County, which includes Columbus, African Americans cast 31 percent of early votes and 21 percent of votes overall.

This is like 1/3 of the early vote line in Akron pic.twitter.com/N0DUVWmB

Cleveland early voting: See that white building at the end? The line wraps around the corner. pic.twitter.com/YLvz48Gm

The #SoulsToThePolls initiative has voters lined up for blocks in downtown Cincinnati. (Intersection: Reddy/Broadway) pic.twitter.com/m9SjnoM9 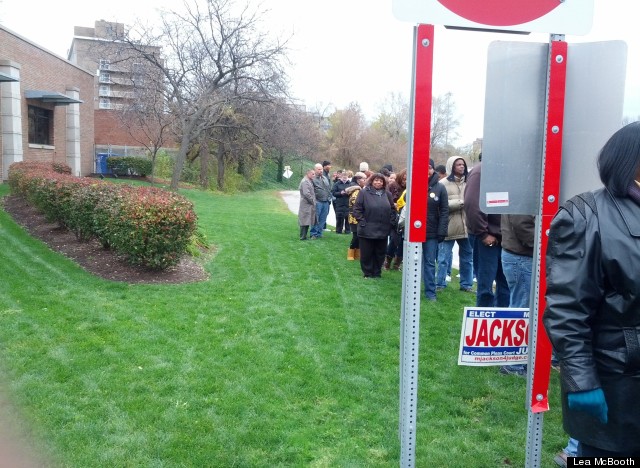 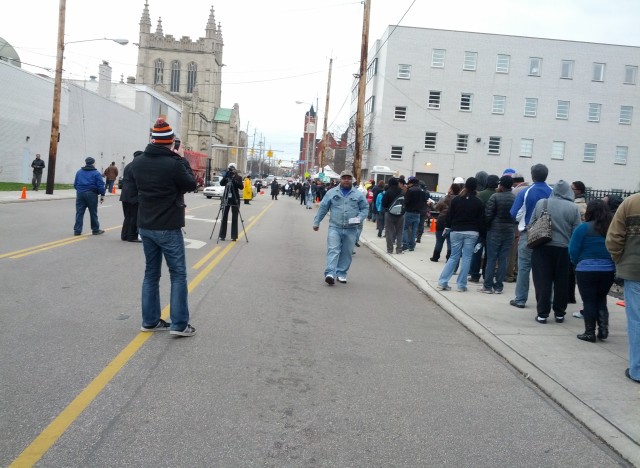 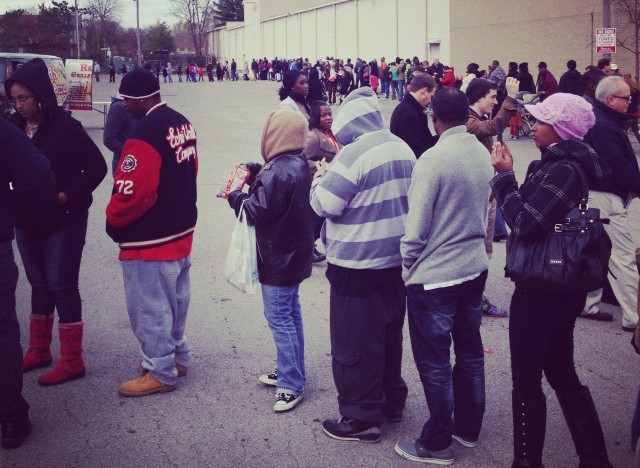 Here is one in Florida, having its own election problems:

Voting line in Miami-Dade is now nearly twice as long as before since voting restarted pic.twitter.com/wuMcXz3D

Are you voting early in Ohio? The Huffington Post is eager to hear your experiences and see your photos. Email us at openreporting@huffingtonpost.com.