Ohio voters go to the polls Tuesday to decide the fate of the state's controversial collective bargaining law.

Issue 2, a referendum on Senate Bill 5, pits unions and progressive groups against Gov. John Kasich (R) and the state's Republican leadership in one of this year's most closely watched elections. It is the first time voters are directly weighing in on Republican plans to curtail public employee benefits and collective bargaining in the country. The issue has defined Kasich's first year in office and has him following in the footsteps of Wisconsin Gov. Scott Walker (R), who faces a potential recall vote next year, and New Jersey Gov. Chris Christie (R), who has seen parts of his plan passed by a Democratic controlled legislature.

Recent polls have had the pro-union side leading, placing the law in danger of repeal. Take a look back at the history of Issue 2: 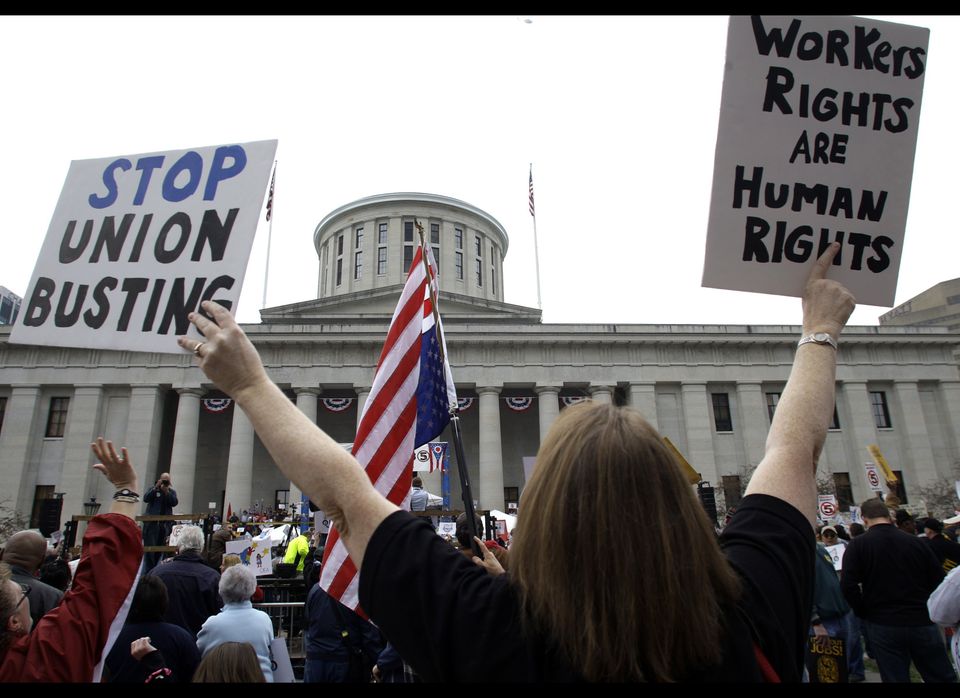 1 / 12
Progressives Turn to the Ballot
Progressives in Ohio <a href="https://www.huffpost.com/entry/progressives-ballot-initiative-strategy_n_931816" target="_hplink">turned to the ballot</a> in order to overturn Senate Bill 5, the state's controversial collective bargaining law. Using a provision in the Ohio constitution, union-affiliated groups successfully petitioned over the summer to have a statewide referendum conducted over S.B. 5, which was passed by the Republican-controlled state legislature and Gov. John Kasich (R). The referendum -- Issue 2 on the ballot -- places the fate of the law in the hands of Ohio voters in the election on Nov. 8, 2011.
AP