A group of men linked to the Acacia fraternity at Ohio University was filmed shouting sexually explicit requests outside of a sorority house.

The university is investigating the incident, an OU spokeswoman told The Huffington Post. The chapter is currently on an interim suspension of all "organizational activity," meaning they cannot participate in recruitment, or hold any events or meetings.

Olivia Hitchcock, a staff member of OU student newspaper The Post, first tweeted a video of the incident on Wednesday night. The video shows men standing on the front porch of the Alpha Delta Pi house and shouting "send nudes" repeatedly.

"Send nudes, don't let me down. Take my soft dick and make it harder." - fraternity brothers singing to sorority pic.twitter.com/60khMIJOs2

Hitchcock said the the men were singing, "Send nudes, don't let me down. Take my soft dick and make it harder." Audio in the brief video of the incident suggests they were attempting to sing to the tune of "Hey Jude" by The Beatles.

ADP told Hitchcock the video "was taken out of context," but declined to elaborate. The ADP chapter president did not respond to a request for comment for this story.

Neither leadership of the OU Acacia chapter nor the Acacia national office responded to request for comment.

In August, the OU Student Union distributed a so-called Disorientation Guide to freshmen on campus that called the the Acacia fraternity "notorious for drugging their free drinks and raping girls." An online petition calling for OU to ban the fraternity attracted more than 1,000 signatures last year. That petition also alleged that some girls' drinks had been drugged at Acacia's "Blue House," where several of the fraternity's members live.

Tyler Kingkade covers higher education and is based in New York. You can reach him at tyler.kingkade@huffingtonpost.com, or on Twitter: @tylerkingkade.

PHOTO GALLERY
Fraternities Out of Control 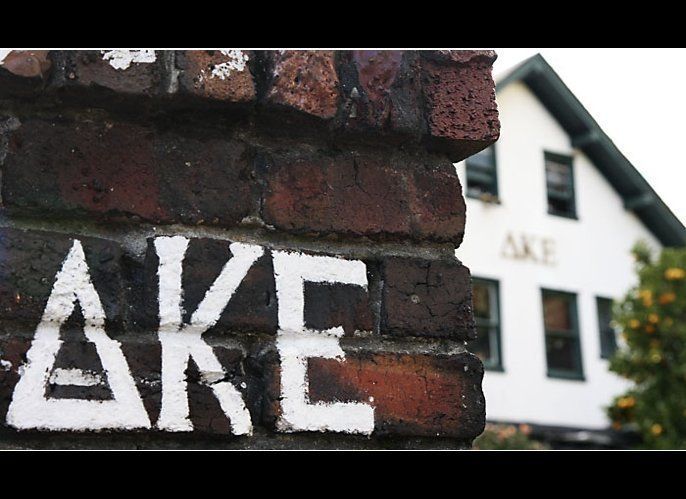