Millions of Americans are furious because the rights to the Western Atlantic Ocean have been handed over to Big Oil.

Join Earth Dr Reese Halter from Los Angeles as he explains the awful ecocide along the Western Atlantic Ocean as Big Oil blasts the seafloor in search of more gas.

On July 16, the Obama administration approved the use of sonic cannons in the Western Atlantic Ocean. Millions of sea creatures will be senselessly killed by incessant sonic booms along the eastern U.S. seaboard as Big Oil scavenges for more heat-trapping gases. 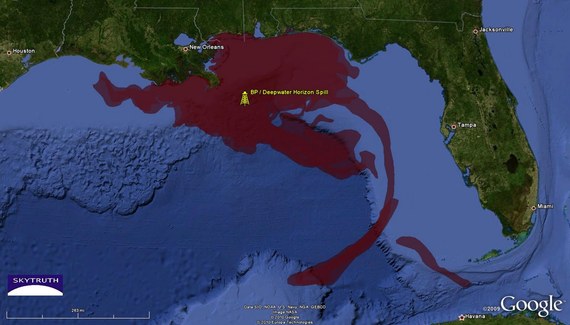 The BP Deepwater Horizon blowout stands as an awful reminder to Americans of the deadly effects of an offshore oil and gas disaster. Four years after this horrid tragedy the Gulf of Mexico is still terribly ill. Photo credit: eoearth.org

Sonic booms from multi-beam echosounder systems are known to cause mass strandings of cetaceans (whales and dolphins). 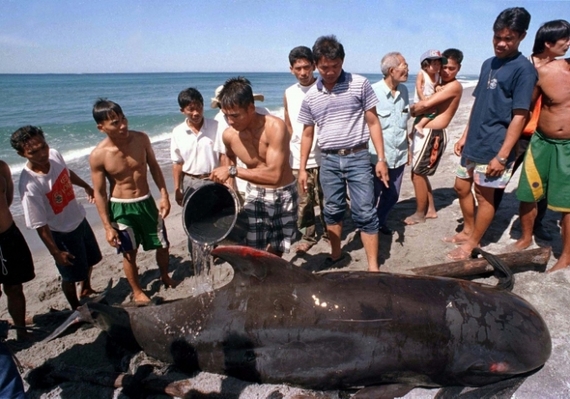 In the spring of 2012 over 900 long-beaked common dolphins and black porpoises washed up in a mass mortality event on Peruvian shores. Government officials stated that the dolphins died of natural causes i.e. morbillivirus did not convince my colleagues and me.

The conservation group Orca Peru undertook 30 necropsies from three separate expeditions. What they discovered was indeed disturbing and contrary to the Peruvian Production Minister Gladys Triveno's claim on Radio Programas del Peru that "the death of the dolphins was not caused by any human activity." 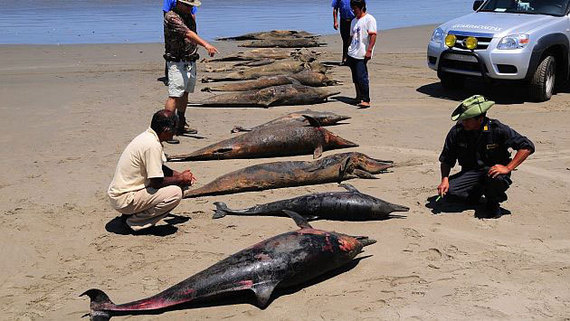 Off the coast of Peru, oil production from BPZ Energy's Corvina and Albacora field, in fact, conducted a series of powerful seismic tests during the first half of 2012. Photo credit: surbound.com

Orca Peru scientists found that the dolphins and porpoises they examined exhibited bleeding in their middle ears as well as fractured skulls. In addition, lungs, livers, stomachs, bladders, skin, spleens and blubber all displayed gas bubbles. Those bubbles caused a mass destruction of tissues. In scientific parlance they revealed acute pulmonary emphysema, or, what scuba divers know and fear as decompression sickness, or, the bends. There was no evidence whatsoever of morbillivirus in any of the 30 necropsies. 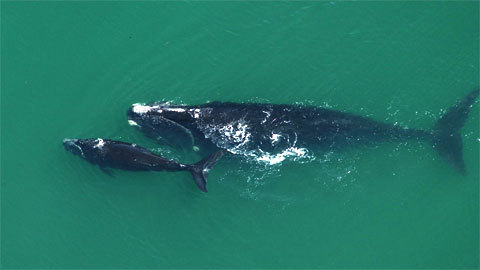 Every 10 seconds, non-stop, for a couple months, sonic explosions at 252 decibels will shatter eardrums of all sea creatures.

Each month, the equivalent of 241,920 grenades will carpet-bomb the Western Atlantic Ocean, minus any shrapnel. 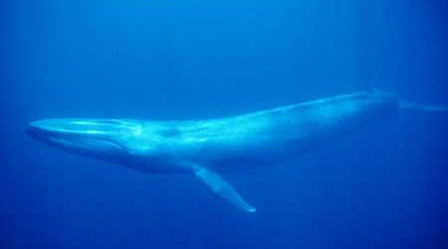 At over 99 feet long by the time Blue's tail leaves the surface for a deep dive it's farther than most scuba divers will have ever ventured, into the ethereal abyss. Photo credit: rucool.marine. rutgers.edu

It is infuriating and heartbreaking that the Department of the Interior, Bureau of Ocean Energy Management predicts the collateral deaths (and/or harm) of millions of sea creatures as an incidental outcome. Instead their policy favors heating up the planet and in the process destroying many more forms of life.

It's time to end the 'War Against Nature' and protect the Atlantic, not plunder it. 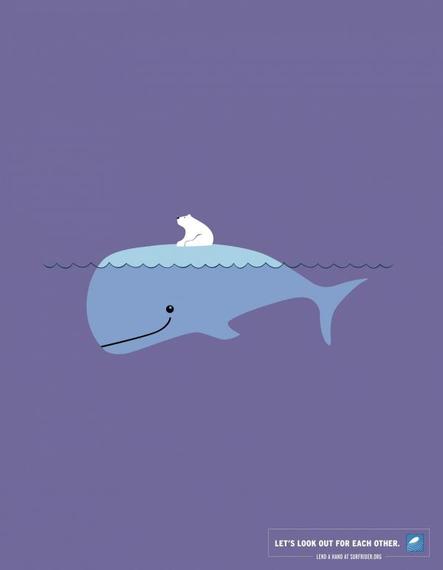 Please, sign the Surfrider Foundation petition. Together let's 'Save the Atlantic Ocean!'

Earth Dr Reese Halter's forthcoming book is entitled 'Shepherding the Sea: The Race to Save Our Oceans.'