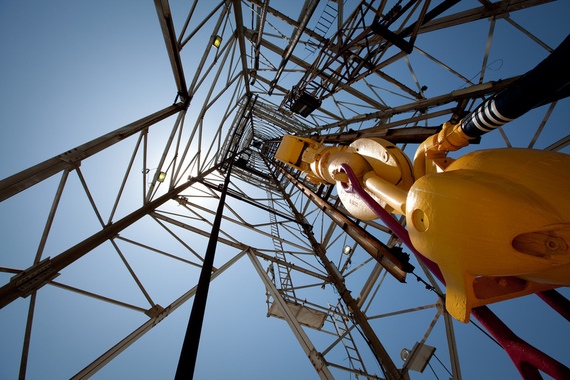 So much death. Apparently, ISIS decided that the month of Ramadan was an extra special time for killing. A spokesman urged followers to "make it, with God's permission, a month of pain for infidels everywhere." Another statement--which included an instructional guide on how to use poisons--reminded its readers: "Dont forget Ramadan is close, the month of victories."

Let's start by expressing deepest condolences for and solidarity with all those who lost someone to an attack either ordered or inspired by ISIS. That includes, just in the last few weeks, not only the victims in Orlando, but hundreds of other people from Iraq to Bangladesh to Turkey to Saudi Arabia, the majority of whom are Muslim--as is the case overall for victims of ISIS. It is vitally important that we in the West recognize and stand with ISIS' Muslim victims, as so many in Muslim communities worldwide stood with the victims of the attacks in Brussels and Paris, for example.

In addition to sympathy, however, I felt anger. Anger at those who would intentionally kill innocent people simply to show that they could, in order to strike terror in the hearts of anyone, anywhere, who might want to go to a public place or travel through an airport. These acts seek to stop people from being fully human, from doing things that we once took for granted, but which are part of what makes life worth living--namely, experiencing the world around us.

Before going any further, let's be clear about something: The moral responsibility for these murders lies solely with those who carried them out, those who ordered them, and those who encouraged them. But beyond responsibility lies the question of how ISIS came to be, and what we can learn from this history.

Let's assume none of you are unaware of the fact that George W. Bush, by ordering the invasion of Iraq, is the individual who most directly gave birth to ISIS. That invasion has been back in the news this week, with the release of letters in which Tony Blair told President Bush that, on this matter, "I will be with you, whatever," and predicted that "[Saddam's] departure would free up the region." Unsurprisingly, Blair continues to maintain that the world is better off because of the Iraq invasion. So does Bush. There really is no rational response to such sentiments.

But the deeper roots of ISIS go much further back. There would have been no invasion of Iraq in 2003 had the first Gulf War not taken place. Yes, Saddam Hussein was a brutal dictator who in 1990 invaded a sovereign country, Kuwait, without any provocation. But let's get real. The world cared about that invasion enough to organize a huge coalition to overturn it--as opposed to so many others--because of a three letter word: oil. Taking and holding Kuwait would have given Saddam control of about 20 percent of the world's then-known oil reserves, double what they had previously. This was not acceptable to the United States.

As part of the preparation for attacking the Iraqi Army in Kuwait, the U.S. and other coalition countries put troops in Saudi Arabia, troops that remained in that country until 2003. Osama bin Laden cited the presence of so-called infidel soldiers in that country's holy lands as a primary justification for the 9/11 attacks. The Bush administration, among other reasons--we all remember the mushroom cloud--cited the non-existent connection between bin Laden and Saddam Hussein to justify his 2003 invasion of Iraq. Whether or not the administration actually believed it, it is highly questionable whether Bush could have garnered the necessary support for an unprovoked attack on that country had 9/11 not occurred.

The roots go even deeper. Until Saddam's troops rolled into Kuwait, the U.S. considered him a friend, backing Iraq to the tune of billions of dollars in its war against Iran from 1980 to 1988. Although the Iran-Contra scandal revealed that some U.S. funds went to Iran as well, Ted Koppel provided the bigger picture:

Throughout the '80s and into the '90s, U.S. assistance to Saddam Hussein and the government of Iraq dwarfed anything this country did for Iran....The Reagan/Bush administrations permitted -- and frequently encouraged -- the flow of money, agricultural credits, dual-use technology, chemicals, and weapons to Iraq. What we didn't fully understand was how those programs fit into the larger Washington/Baghdad alliance against Iran. We didn't know, for example, that there were actually U.S. contingency plans for an attack against the Iranian mainland.

[snip] One reason why that U.S. attack against Iran never became necessary is because the Iraqis were able to do the job. But they did it with a great deal of American help.

Iran had been one of our staunchest enemies since Ayatollah Khomeini came to power in 1979. His regime held 52 U.S. diplomatic personnel hostage for 444 days. The U.S. and Iran opposed each other all over the globe in the years after the 1979 revolution that overthrew the Shah. But why was the Shah in power in the first place? Again, three little letters: oil. Although larger Cold War power politics also played a role, a major reason why the U.S., in cooperation with Britain, overthrew the elected Iranian government of Mohammed Mossadegh in 1953 was because it had nationalized the oil industry.

We backed the Shah and he spent the next years crushing the democratic, secular opposition while oppressing his people. When they rose up to overthrow him in 1979, it's no surprise that theocrats ultimately grabbed power. It's worth noting that the Shah initially also supported the nationalization of his country's oil, but changed his mind when the CIA told him that we'd find someone else to take power if he didn't change his mind. Had we not overthrown Mossadegh in 1953, by the 1980s Iran could well have been a secular democracy along the lines of India. Instead, our government felt it had to back Saddam against them. If not for oil, everything might have been different.

This isn't about blaming the U.S. for the murderous attacks committed or inspired by ISIS. Murderers are responsible for their murders. Additionally, Muslim societies have some soul searching to do on ISIS as well, given that disturbingly significant minorities of the population in a recent survey--approximately one-quarter of Jordanians and Palestinians, and fifteen percent of Saudis, Bahrainis, and Kuwaitis (much smaller numbers, thankfully, in Egypt, Morocco and the UAE)--when asked "to what extent ... are groups or movements like ISIS or Al-Qaeda a perversion of the teachings of Islam," replied either that they are "mostly right, but I disagree with some of their words and actions," or that they are "not at a perversion at all." Even more concerning is that a majority of those who picked one of the two picked the latter. It is fair to say that while a strong majority of Muslims in the Middle East oppose ISIS, many do not.

The main point is that we as Americans must educate ourselves about the true cost of our need for Middle East oil (not to mention the broader environmental cost of the world's need for fossil fuels in general), as well as how that need has warped our foreign policy choices and our understanding of our true national interests. In the words of George/Jorge Santayana, "those who cannot remember the past are condemned to repeat it."