Wonder which president is responsible for today's astronomically high gas prices? Get 10 key facts on exactly when gas prices spiked and what the primary factors were.

There is a lot of misinformation shared freely across social networks with regard to gas prices, fuel costs, drilling our way to energy autonomy and more. Most of the debate is bereft of actual data and statistics, which is what this article provides. This is not intended to influence your choice, but rather to clean up the debate by fueling it with real data, not speculation, assumption and outright lies.

1. Energy Independence: Less Oil Imported in 2012 Than in 15 Years
So far in 2012, the U.S. has imported less oil than at any time over the last 15 years (during the entire George W. Bush Administration). You have to go all the way back to 1997 to find a year when the U.S. imported less oil.

Under the Obama Administration, oil imports are 11% lower than during President George W. Bush's second term in office (and 10% lower, on average, than both terms).

Cost of U.S. Imports of Oil

In 2008, under President George W. Bush, the U.S. spent $17.5 billion more importing all energy-related petroleum products than was spent in 2011. The savings in 2009 and 2010, under President Obama's leadership, was even more pronounced, at $193 billion and $115 billion, respectively.

5. Price Gouging at the Pump: The Price of Oil More Than Tripled Under President George W. Bush

Demand pushed up prices under President Bush, whereas today oil prices are elevated as a result of supply side concerns -- particularly the Civil Wars in so many Middle Eastern countries that began in 2011 -- and the increased demand for oil in developing countries, like China and India.

6. It Takes a Lot of Oil to Fight Two Wars

How is it that we are importing so much less oil and petroleum products and spending far less in 2012 than when President George W. Bush was in office? Ending the War in Iraq certainly helped. The net fuel sales in Iraq this fiscal year (so far) are 55 million gallons, compared to 538 million gallons in 2009. When war breaks out, oil consumption spikes, and conversely, when war ends, there is a reduction in oil consumption. President George W. Bush fought two wars while in office; whereas President Obama ended the War in Iraq and eliminated Osama bin Laden.

8. The Leading Producer of Natural Gas

Since 2009, the U.S. has also become the leading producer of natural gas. Natural gas contributes 25% of U.S. power to the grid. Renewable energy has almost doubled, to 13% of the grid's power. 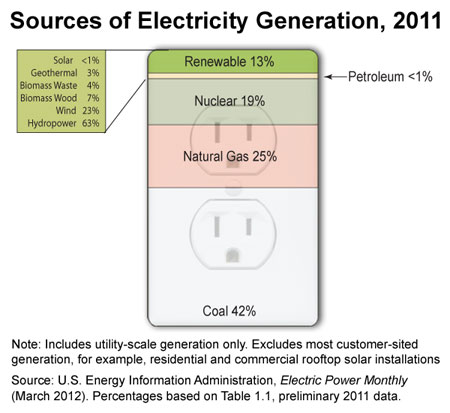 High oil and gasoline prices dramatically changed the American public's appetite for gas guzzling vehicles. As a result of having to purchase gas at $4.11 in 2008, a lot of U.S. citizens took public transportation, purchased fuel-efficient cars, and some, like my dad, even started riding bikes! On August 28, 2012, the Obama Administration finalized new fuel economy standards of achieving 54.5 MPG for cars and light-duty trucks by Model Year 2025. Ford, GM, Chrysler, BMW, Honda, Hyundai, Jaguar/Land Rover, Kia, Mazda, Mitsubishi, Nissan, Toyota, and Volvo, as well as the United Auto Workers, were all a part of the initial agreement, which was announced in July of 2011.

10. The Correlation Between War and Oil Consumption

War can even keep oil demand high in a recession. In 2001, the U.S. was suffering economically from the Dot Com boom/bust and 9.11. Yet, due to the invasion of Afghanistan, oil imports increased that year by 72 million barrels. By the time of the Iraqi Invasion on March 19, 2003, the U.S. was importing 277 million more barrels of oil each year than when President Clinton was in office. Peak demand for oil imports continued through the first 13 months of the Great Recession -- at a time when gas prices were higher than they had ever been -- while President George W. Bush was still in office, due to the fuel needs of fighting two wars. Click over to my longer article on my home page to see a comparison chart of "War, Recession and U.S. Imports of Crude Oil."

The trend reversed in 2009 with our scale down of the Iraqi War, our pullout of Iraq on August 18, 2010, the capture (elimination) of Osama bin Laden on May 2, 2011, and a new public appetite for fuel-efficient cars and trucks.

The Bottom Line on Energy Independence
Sharon Burke, Assistant Secretary of Defense for Operational Energy Plans and Programs, said it best in her testimony to the U.S. House of Representatives Armed Services Committee on March 29, 2012.

As long as the United States depends on oil, the price we all pay at the pump will be driven by a volatile, global market. For DoD, that means unpredictable fuel bills that crowd out other investment - every dollar hike in the price of oil per barrel raises our bill by $130 million. More to the point, DoD must take into account the destabilizing effects of global energy wealth and poverty, the resource competition resulting from rising demand in growing economies, and with 89% of oil exports moving by sea, the need to secure the global commons. The President's Blueprint for a Secure Energy Future seeks to change that calculus by taking steps to stabilize today's energy economy while investing in the innovation that will allow us to displace the primacy of oil in our national and military energy security.

Consider this. If we drove electric cars, rode our bikes to work used canvas bags and video conferenced a few meetings (instead of flying), then we could furnish our own oil, instead of making totalitarians in the Middle East rich. Why does the debate focus so much on drill drill drill, baby, instead of self-reliance (which could happen almost overnight) if we simply kicked our oil habit? And why would anyone be worried about spending $27.2 billion developing homegrown energy products, when we are giving away 15 times that amount -- $421.2 billion -- for oil and petroleum imports annually to nations that are not that friendly to us?