The oil and gas industry is in crisis. Crude prices plunged into negative territory at the start of the coronavirus pandemic, and oil giants in recent months cut dividends to shareholders and wrote down the value of their assets by tens of billions of dollars. Utilities this week abandoned a major gas pipeline as wind and solar smashed records. As of last month, 17 countries had set targets to phase out internal combustion engine vehicles.

Yet petrochemicals ― the sector producing everything from plastics to polyester fabrics to paint ― looked like a safe bet. Exxon Mobil Corp. is spending $20 billion on chemical and refining plants across the Gulf Coast. Royal Dutch Shell PLC is constructing a massive complex in Pennsylvania to churn ethane, a component in fracked natural gas, into polyethylene plastic. China’s state-owned Sinopec Corp. last month opened its third petrochemical facility in 18 months.

There is, however, a “hole in the hedge,” as The Economist magazine declared in a print headline last month. The price of plastic resins dropped amid the pandemic, and cheap oil is undercutting the United States’ natural gas-based petrochemical buildout. Regulations are mounting as new research shows plastic pollution is so severe and ubiquitous that tiny particles are appearing in remote locales.

“Petrochemicals and plastic will not be how the oil and gas industry grows its way out of this crisis or climbs its way out of debt,” a report published Thursday by the nonprofit Center for International Environmental Law concluded. “The plastic market is saturated, and a short-term uptick in demand for personal protective equipment will not change the long-term downward trajectory of plastic use.”

Plastic isn’t going anywhere anytime soon. Between 1971 and 2015, demand for plastic outpaced that for other bulk materials such as cement, aluminum and steel, according to International Energy Agency data. And demand keeps growing. By 2050, nearly half of all growth in oil demand is estimated to come from plastics.

But as oil and gas giants scale back drilling and lose billions on existing investments, the profit margins on plastics and other petrochemicals are slimming down. Prices for plastic resins ― the raw pellets made from ethylene or other feedstocks ― plunged in March, and few if any have recovered, according to a report by Plastics Technology, an industry trade group.

Refiners in Asia and Europe invested in making resins from naphtha, a flammable liquid mix distilled from oil, peat or coal. In the U.S., where the fracking boom made natural gas cheap and plentiful, the industry instead built a fleet of “cracker” plants, sprawling complexes of pipes and furnaces that heat ethane — a component in natural gas — into ethylene and polyethylene. The IEA estimated that 40% of the world’s ethane-based production capacity is in the U.S.

Petrochemicals and plastic will not be how the oil and gas industry grows its way out of this crisis or climbs its way out of debt. Center for International Environmental Law

Regulations, meanwhile, are proliferating quickly as global outrage grows over the extent of plastic pollution. The presence of granular microplastics in the oceans, Great Lakes and even Arctic snow is well known. But researchers found tiny bits of airborne plastic in 98% of dust samples collected in 11 national parks and wilderness areas, according to a study published last month in the journal Science.

By last year, 127 countries started regulating plastic bags. Eight U.S. states banned plastic bags as of the start of this year. In 2019, the European Parliament voted to ban many single-use plastic items by 2021 and require member states to collect 90% of plastic bottles by 2029. In January, China, the largest producer of single-use plastics, started phasing out most nonbiodegradable bags, straws and cutlery over the next two years.

COVID-19 may reverse the trend. As officials struggled to contain the virus, the industry and its allies began pressing to halt or reverse bans across the world. While the European Union denied the request, the United Kingdom postponed its ban on some plastics until later this year. In the U.S., states such as New Hampshire banned reusable bags, fearing they could spread the virus, in favor of single-use paper or plastic bags.

The lobbying successes extend beyond plastics. Between March and July, 64% of the oil and gas industry’s global efforts to increase financial support for fossil fuel production or roll back climate regulations were either “completely” or “mostly successful,” according to a study published Thursday by InfluenceMap, a British think tank that tracks corporate influence on policy. Another 26% of lobbying efforts were ongoing.

PHOTO GALLERY
How To Pack A Lunch Without Plastic 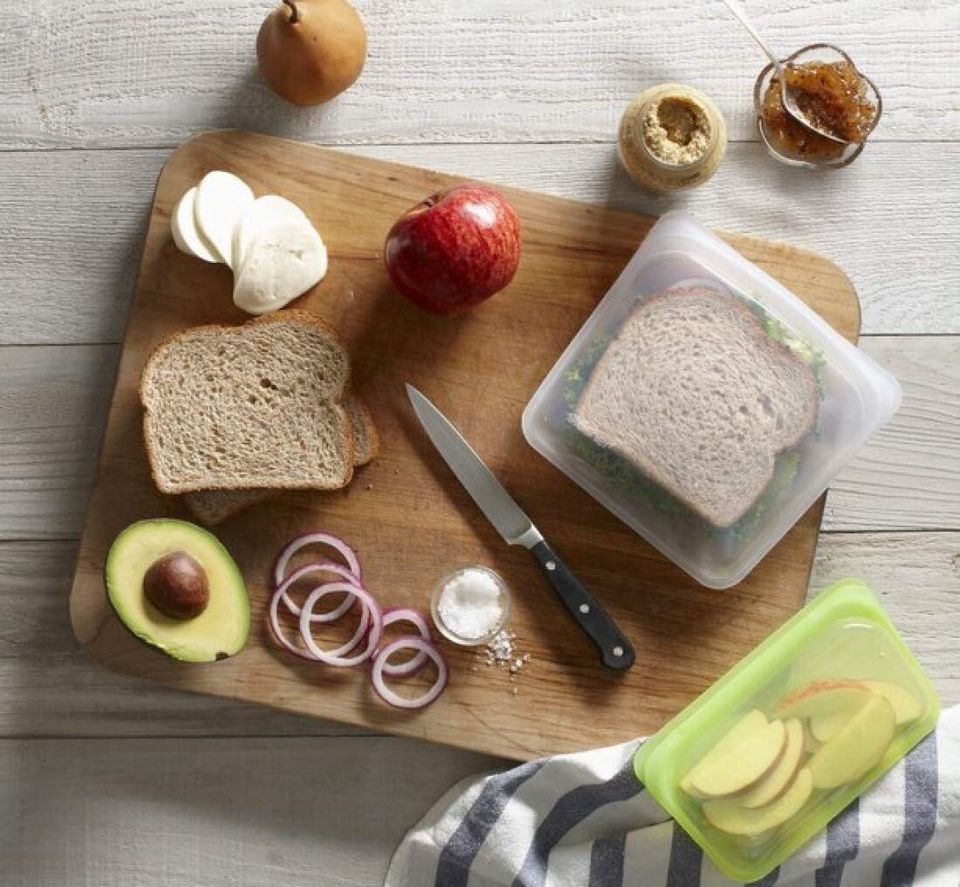 1 / 9
An alternative to Ziploc bags to store sandwiches and snacks.
These reusable and resealable bags are incredibly popular because they're freezer-safe, microwave-safe and dishwasher-friendly. Just be sure the kiddos bring them home after school.&nbsp;<strong><a href="https://amzn.to/2GV3eRP" target="_blank">Find Stasher 100% Silicone Reusable Food Bags for $12 on Amazon</a></strong>.
Amazon