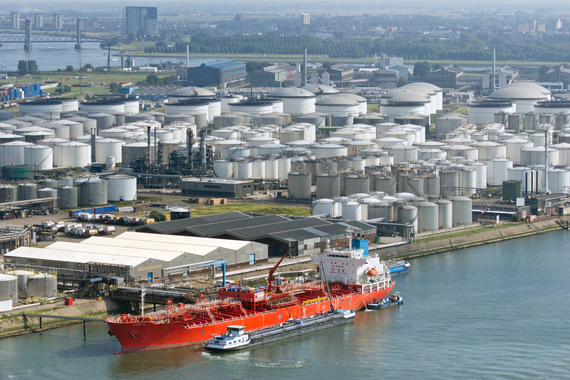 On June 2005, upon the initiative of late Venezuelan President Hugo Chavez, the governments of Antigua and Barbuda, Bahamas, Belize, Cuba, Dominica, Dominican Republic, Grenada, Guyana, Jamaica, Saint Kitts and Nevis, Saint Lucia, Saint Vincent and the Grenadines, Suriname and Venezuela, agreed on the creation of Petrocaribe, a Cooperation Agreement to strengthen energy security in the Caribbean and Central America. Today 19 countries are part of this regional initiative, as five nations joined Petrocaribe in subsequent years: Haiti (2007), Nicaragua (2007), Honduras (2008), Guatemala (2012) and El Salvador (2014).

Since its creation, Petrocaribe has served as an important financing mechanism for oil-importing countries in the region. It introduced a lending scheme for oil purchases from Venezuela where conditionalities adjust to price fluctuations among predetermined thresholds. As a result, if the oil barrel falls below US$40, up to 30 percent of the bill will be financed by a 17-year loan, with a two-year grace period and an interest rate of 2 percent. Similarly, when the barrel exceeds US$40, the term for payment is extended to 25 years, with a two-year grace period and the interest rate falls to 1 percent. Member countries may also offer goods and services to pay off oil shipments.

Even if some critics have considered Petrocaribe a political tool to increase Venezuela's influence in the region, the arrangement has indeed served its membership well. During 2005-2014, an average of 32 percent of the countries' oil demand was met through Petrocaribe, delivering 307 million oil barrels and providing almost US$28 billion in financing in that span - SELA (2015). The scheme has been crucial for small Caribbean states and those governments in the region without access to capital markets. On the other hand, public finance in some countries of the membership has acquired a strong dependence on subsidies embedded in Petrocaribe, leading to its vulnerability to any abrupt discontinuity of the latter.

Unfortunately, after a decade of operation, the downward trend in international crude prices has exacerbated the already challenging socio-economic situation in Venezuela, threatening Petrocaribe financial sustainability. The escalating budget constraint faced by the Venezuelan government could trigger a drastic amendment of the arrangement or a debt recall, even if the credit mechanism accounts for a small fraction of the country fuel subsidies.

Thus far current and future oil market conditions lean in favor of a low crude prices scenario in coming years. According to most forecasts, oil prices are projected to stay below US$60 per barrel on average through 2020 - see Canuto (2015a; 2015b). The higher-than-expected levels of supply from OPEC members, Russia and United States remain the leading driver holding prices subdued.

The United States, in particular, has experienced a rapid increase in natural gas and shale oil production, becoming the largest individual producer in the world. And the countries' oil production could, in fact, exercise additional downward pressure to international prices if Congress ultimately lifts the oil export ban in effect since the 1970s. Furthermore, as the historic nuclear deal with Iran lessen economic sanctions, global crude supply would get an extra boost from an old oil producer, who will re-enter the market at its lowest price in the last six years.

In this context, Venezuela, whose economy was struggling before oil prices began to fall, stands out as an extreme case among oil producers. The ongoing recession afflicting the economy is expected to worsen in 2015. Inflation is projected to surpass triple digits and current account balance would turn negative for the first time in almost two decades. The fact that oil revenues account for over 95 percent of total exports make the situation more difficult for Venezuela.

Amid this gloomy outlook, Venezuela's fiscal position stands as the area that will suffer the most from the decline in world oil prices. Public sector primary balance is projected to reach -20 percent of GDP in 2015. Fiscal revenues from the state-owned oil producing Petroleos de Venezuela, S.A. (PDVSA) have plummeted and government expenditure continues to show substantial downward rigidity. Authorities have publicly urged OPEC to bolster oil prices to a minimum of $70 per barrel to ease the mounting pressures on the fiscal budget. OPEC, however, have determined thus far to maintain output at current levels - for reasons outlined in Canuto (2015a).

The recent debt buybacks substantiates the notion that Venezuela's public finance is in dire straits and that their managers are looking for anticipation of cash. First, the Dominican Republic has repurchased a US$4.1 billion Petrocaribe debt with a haircut of 52 percent that translated in a 3.3 percent reduction in the country's debt-to-GDP ratio. More recently, Jamaica used $1.5 billion to retire $3.2 billion in long-term debt with Venezuela, managing to cut 12 percentage points of its debt-to-GDP ratio in the operation. Other countries, like Belize and Guyana, are creating buffers and diversifying their oil demand to reduce dependence of Petrocaribe imports.

In spite of the unfavorable outlook, Venezuela has reiterated its commitment to continue oil supply through Petrocaribe. Nevertheless, difficult macroeconomic conditions in Venezuelan will continue to fuel the risks of a comprehensive amendment or an interruption of the agreement for member countries. This is a critical issue for the Petrocaribe membership since the effect of plummeting oil prices is more complicated for this particular group of countries that it is for other nations.

The drop in international oil prices has certainly been considered godsend for oil-importing countries. During this period inflationary pressures have eased and external balances improved, favoring growth prospects. Conversely, Petrocaribe countries have started to face difficult fiscal adjustments since many have used the subsidy component for budget support. This has been a cause for concern even if the current low oil prices have reduced the oil bill (at an average of 3.8 percent of GDP in 2015) - see Cheasty (2015). This situation would worsen if this source of financing were to be permanently reduced or eliminated.

For Petrocaribe members, the impact of discontinuing this financing mechanism would differ across the board. Governments without access to alternative sources of financing, ample foreign reserves or even a functioning domestic debt market would be the most affected, while those who have built buffers or have access to capital markets will be better suited to "weather the storm".

A new alternative for energy security in the region?

In a scenario without Petrocaribe financing, the region will continue to require cooperation from other oil producers to face the rising challenges of energy security. The cost of energy in the Caribbean is one of the most elevated in the world with a high dependence of fossil fuels and a more limited access to alternative sources of electricity than most countries of Latin America.

The cooperation provided by Venezuela via Petrocaribe have certainly eased the burden of energy costs for a highly vulnerable region continuously exposed to natural disasters. Nonetheless, this significant level of financial support have increased dependence on fossil fuels, limiting efforts in favor of diversification.

A transition away from oil to renewable sources of energy is warranted to reduce production costs and strengthen growth sustainability in the Caribbean. With abundant sunlight and wind, the region could become an important center for renewable energy in the future. Key initiatives have already been undertaken but they are still insufficient.

At the recent Summit of the Americas in Panama, the United States pledged to help Caribbean countries develop renewable energy sources. The plan to assist the region has been announced to aim at reducing its dependency on fossil fuels through the Caribbean Energy Security Initiative. The newfound interest of the United States in the energy issue in the region prompts certain cold war-type skirmish with Venezuela to get the countries' allegiance. This initiative could indeed be politically enticing for some, but there is no indication that financing flows will be part of this proposal.

The Petrocaribe membership has many good reasons to appreciate Venezuela's cooperation and solidarity over the past decade since this initiative has provided much needed financial relief to nations facing tough macro and environmental challenges. The agreement may manage to survive as the Venezuelan economy copes with the severe impact of low oil prices and a distressing outlook. However, the risks of an interruption of the financing mechanism continue to mount up. Consequently, countries should intensify their efforts in favor of energy diversification and, more importantly, seizing the opportunity to reduce their own indebtedness with Venezuela.

Otaviano Canuto is an Executive Director at the International Monetary Fund and Frank Fuentes is a Senior Adviser to the Executive Director. All opinions expressed here are their own and do not represent those of the IMF or of those governments Mr. Canuto represents at the IMF Board