They gave us a music video based on treadmills, a homemade backyard dance and now alternative rock band OK Go have filmed quite possibly the coolest Tiny Desk Concert video in the history of NPR's popular music series -- and it only took 223 takes.

NPR recently made the move to a brand new headquarters in Northeast D.C., from their old digs along Massachusetts Avenue NW.

To commemorate the move, OK Go filmed an unusual video of a tune, "All Is Not Lost," complete with appropriately rewritten lyrics.

Earlier this year, we needed to figure out the best possible way to move my Tiny Desk from NPR's old headquarters to our new facility just north of the U.S. Capitol. We wanted to go out with a bang and arrive at our new space in style, so our thoughts naturally turned to a catchy pop band we love: OK Go, whose unforgettable videos have been viewed tens of millions of times on YouTube.

Bandleader Damian Kulash used to be an engineer at an NPR member station in Chicago, so we figured he'd be up for helping us execute a simple idea: Have OK Go start performing a Tiny Desk Concert at our old location, continue playing the same song while the furniture and shelving is loaded onto a truck, and finish the performance at our new home.

The result is a stop-motion-like music video that shows the band -- and the "Tiny Desk" area -- making the big move. (Some highlights: Audie Cornish sticks an orange box on OK Go's truck, Ari Shapiro plays the tubular bells and Carl Kassell gets a bit perturbed in an elevator.)

The final result? Amazing -- see for yourself:

Want more? Check out these stills of the band filming: 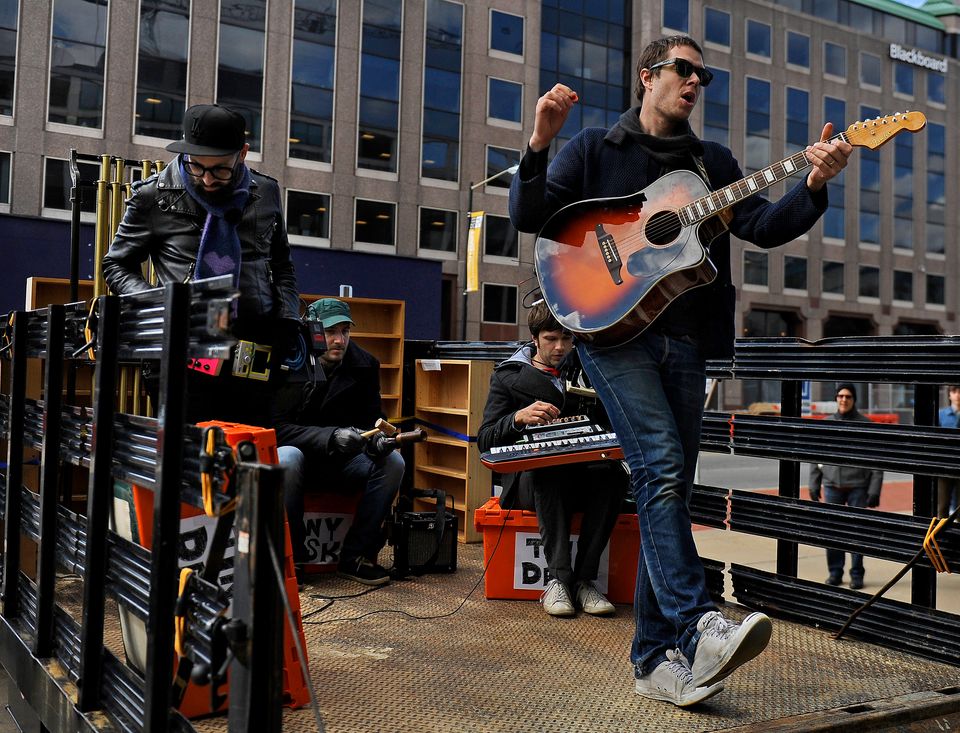