Imagine a country where natural parks and vast private game reserves make up 40% of a fenceless territory that allows huge herds of game to roam freely. There are dramatic landscapes from the Kalahari's desert plains to the Okavango's lush waterways. In addition to huge national parks covering a variety of eco-systems and millions of animals, Botswana has a strong record of wildlife management and conservation and has prioritized eco-friendly, up-market, low -volume tourism. This means that travelers can enjoy uncrowded access to remote and unspoiled wilderness. Decades of political stability and good infrastructure just add to Botswana appeal. 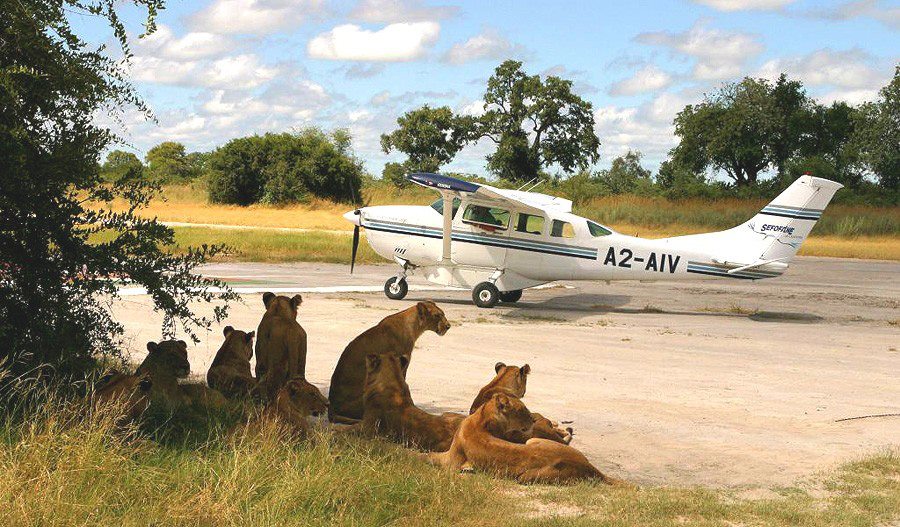 One of the most popular and iconic destinations in Botswana is the Okavango Delta, the earth's largest inland water system. Its headwaters start in Angola's western highlands where tributaries join to form the Cubango River. It then flows through Namibia where it is called the Kavango and finally enters Botswana, where it becomes the Okavango. Millions of years ago the Okavango River flowed into a large inland lake called Lake Makgadikgadi (pronounced Ma·kga·di·kga·di now Makgadikgadi Pans). Tectonic shifts interrupted the flow of the river forming what is now the Okavango Delta, a unique system of waterways that supports a vast array of animal and plant life, in what would have otherwise been dry Kalahari savannah.

Today, the Delta is a beautiful and complex combination of permanent waterways, seasonal swamps and floodplain grasslands which experience significant changes in water levels over the course of the year. These changes impact where travelers can stay and the activities that are available. For example, some camps that are accessible only by boat during certain times of year are able to offer game drives at other times. Because of these seasonal variations and depending on the experience you are looking for, here is an attempt to explain the Okavango's flooding cycles to give you some idea of where to stay and when. 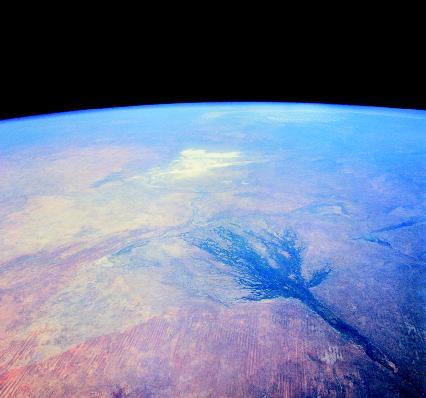 The Okavango receives water from two different sources at two different times of the year. The first is the annual seasonal flood which is caused by rainwater flowing slowly from the Angolan highlands caused by Angola's rainy season and the second is Botswana's own rain season. Both rainy seasons run from roughly December to March with the rains in Botswana generally starting a bit later than those in Angola. The rains in Angola are heavier than in Botswana and they flow into a huge catchment area that is the source of the Okavango River, making them a larger contributor to the seasonal floods. 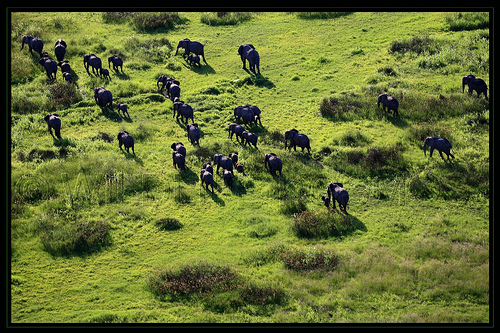 The rain that falls in Angola in December slowly makes its way down the Okavango River in a flood-tide that arrives in the upper parts of the Delta's panhandle in February and March. As the flood travels down the river bed of the panhandle, it overflows its banks, revitalizing the swamps and covering the sandbanks. On reaching the fan-shaped Delta, it spreads out, overflowing river channels covering floodplains and slowly raising the water level in lagoons and backwaters. The flood's front moves slowly, less than a mile per day because of the Delta's shallow gradient and because the water is slowed by swamp vegetation. It takes 4 months for the incoming floods to travel the 155 miles from Mohembo in northern Botswana to Maun and the floodwater reaches the southern half of the Delta in the middle of Botswana's "dry" season (approximately August). 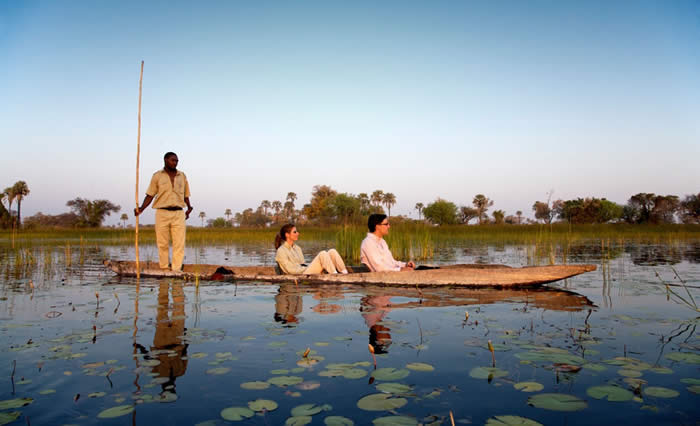 The floods subside and the water levels recede during the summer and, in the very hot and dry months of September and October, dust and airborne sand particles create spectacular sunsets. The water recedes in stages from October through March when the rains have started again in Angola and floods begin to creep down again.

So I know this sounds horribly complicated, but what it boils down to is: moving southwest from the mouth of the Okavango River into the Delta areas are all more or less covered in water on a seasonal cycle. This means that camps in these areas are more land or water-based and offer different activities at different times of the year. Water-based activities include mokoro (wooden canoe) and motorized boat rides while land activities include game-drives.

When To Visit The Delta?

It is most commonly held that between July to October offers the best wildlife viewing opportunities because when it is dry animals are forced to concentrate near available water. The predators simply wait for the prey animals to come to drink. However, the rainy season (December through March) should not be overlooked, not least because of the great deals that can be found. Photographically and aesthetically, the colors of the Delta are richer during the rains with the lush green growth and dramatic and stormy skies in the background. In addition many grazing animals have their babies during the rainy season to take advantage of the abundance of grass and this means more predator activity. 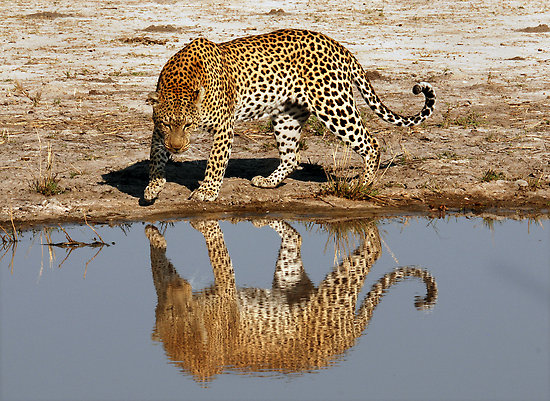 All the advice I can offer is an approximation, its NATURE! Water levels in the Delta are affected by variations yearly rainfall in Angola and Botswana as well as a cycle of inflows and flooding of the Okavango and associated river systems. Rainfall in a given year in the Angola catchment can range from range from 20 to 70 inches a year and the rains that fall over Botswana can contribute between 2 and 45% of the seasonal flood's total volume. These short term changes based on rainfall in a given year as well as longer terms changes to the water flow in the Delta over years and even decades will affect what properties we recommend and can make it challenging (and time consuming) for you to pick the best properties on your own!

There is a great experience to be had in the Delta at all times of year, what will change is where you stay in the Delta to get a combination of water and land-based activities. In general, we recommend two days at a water-based camp followed by three days at a camp that will offer more game-drives and the chance to see the big five. The water camp will be a unique and remote experience and you will see some really unique animals. Then at a land camp you will get a more classic, big-five safari experience. If you have even more time, adding another land camp in a different part of the Delta, the Linyanti/Savute area, or a visit to the Kalahari or the salt pans will show you all the dramatic contrasts in landscapes and eco-systems that Botswana has to offer. 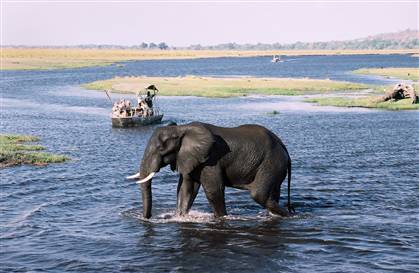 Click here and here for a few itineraries we like and below is a slideshow of some of our favorite properties to include in an Okavango itinerary.