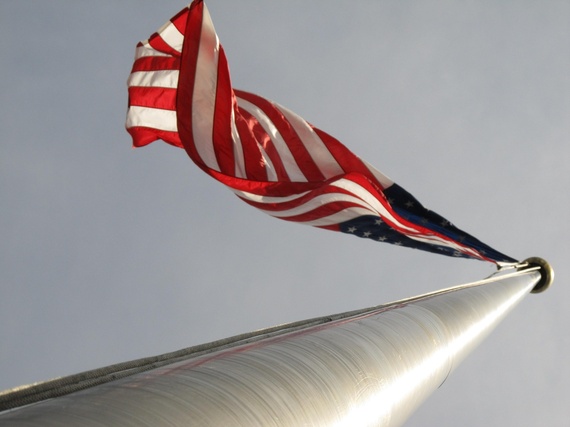 Many people found themselves in shock after last month's election results. But many others rejoiced. And others--they couldn't be phased either way.

Regardless of which camp you fit into, anytime an event happens in which people see things from vastly different perspectives, it gives us a chance to examine, reassess, and move forward in a new way. This applies to everything from an election to a simple family squabble.

Here's how that works:

Next, understand fear.
Fear is a powerful force that motivates many of our actions much of the time. Fear activates the amygdala, and that creates a fight, flight, or freeze response in the brain. When you're in survival mode, it's difficult to think of others' needs. Which begs the question, "What are we so afraid of?"

Then, find the commonality.
We actually want a lot of the same things. In this country, for example, I think most people want affordable healthcare and quality education (even if we disagree on the best way to go about it). In other situations where there is disagreement, if you search deeply enough, I'm betting you'll also find agreement.

There's no going back.
A shocking event shakes things up and starts a new era, for better or for worse. In the case of the election, it brought to light how much about our old system isn't working. If it was, we wouldn't have so much polarity in our country. Since there's no going back, we may as well make the most of it.

Change is an opportunity.
Even though it's uncomfortable sometimes, change is inevitable. How we handle change is everything. Will we have an explosive reaction or a proactive response? Transformation doesn't come from the light, it comes from moving through the darkness.

Unifying doesn't mean we have to agree.
We can move forward together with respect even when we don't agree on everything. Again, this applies to a situation as big as a country in turmoil or a couple who is arguing about the dishes. We can agree to disagree and move on together, putting our differences aside.

So yeah, that happened. It won't be the last shocking thing we'll go through. And whether you're still in shock or never were, let's not waste this opportunity for growth--as individuals, as a culture, and as a world. Now is the time to focus on SOLUTIONS rather than PROBLEMS, even though there are plenty of both.

Ready or not, it's time to roll up our sleeves, embrace the change, step up our collective game, yell "Bring it On!" and jump in, armed with kindness, empathy, and gratitude.

It's time for ACTION rather than ANXIETY.

More:
kindnesshealthy livinganxietyACTIONsolutions
Newsletter Sign Up
The essential guide to taking care of your mind and body
Subscribe to HuffPost’s wellness email
Successfully Subscribed!
Wellness delivered to your inbox