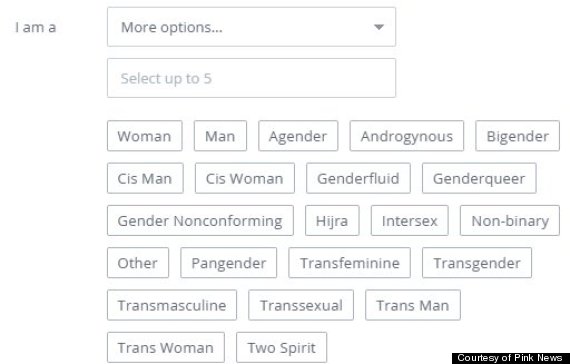 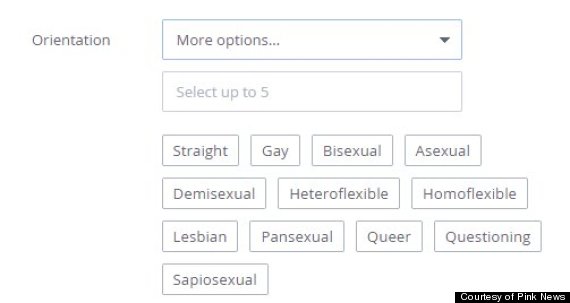 Sapiosexual is defined by Urban Dictonary as "one who finds intelligence the most sexually attractive feature."

As Pink News, Gay Star News and a number of other publications have pointed out, the options are not currently available for all users. Those users who were selected were sent a message noting they could update their profiles accordingly, and that the edits were only supported on the desktop site at present.

Representatives for OKCupid have yet to respond to The Huffington Post's request for comment.

In 2013, a petition asking for the online dating site to expand its gender and sexuality options was launched on Change.org.

The petition's founder, Ryley Pogensky, wrote that the existing binaries "do not fit for all of us," and noted, "The time has come for OkCupid to take notice of all of its members."

Among those to delete her account for lack of diverse options was HuffPost Live's Alex Berg, who wrote, "In the grand scheme of problems for LGBTQ people, the options of a dating website might seem like minutia ... [but] that recognition has the power to change the hearts and minds of those who would deny our rights in the physical world."

Earlier this year, Facebook added a new customizable option with about 50 different terms people can use to identify their gender, the Associated Press reported. Included in the options were three preferred pronoun choices: him, her or them.