Sometimes I hear older people say things like, "Kids today!" (and normally not said with much fondness). I know my generation has been accused of being lazy, technology obsessed and self-absorbed, but to me it couldn't be farther from the truth. I am 15 years old and just started my freshman year of high school at Edmond Memorial in Oklahoma. Every year my high school has a very unique event called Swine Week, dedicated to raising money for a different charity each year. There's always a new fun "pig" theme each year, such as Jurassic Pork, Hoggy Potter or even Pig Floyd: Dark Pork of the Moon. The whole school comes together to raise money and have fun at the same time. 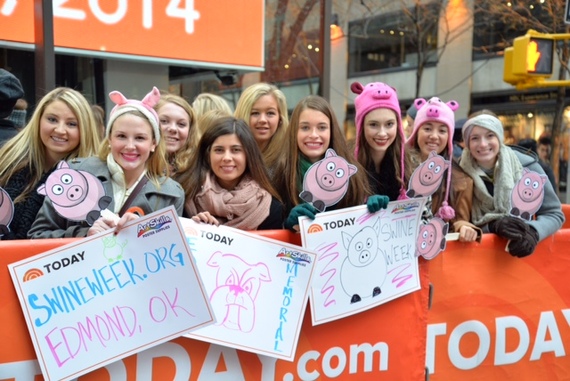 All of this started in 1986 when a group of students wanted to help a friend with some medical expenses, and the principal at the time agreed to kiss a pig if they raised $3,000. I have witnessed multiple Swine Weeks due to my older siblings, but never got to really experience it until this year. It's amazing to see an entire student body become one to help others in need. Kids raise money in hundreds of different ways, from the standard selling of baked goods to dressing all in pink (pig ears recommended) while dancing around and holding signs for donations. 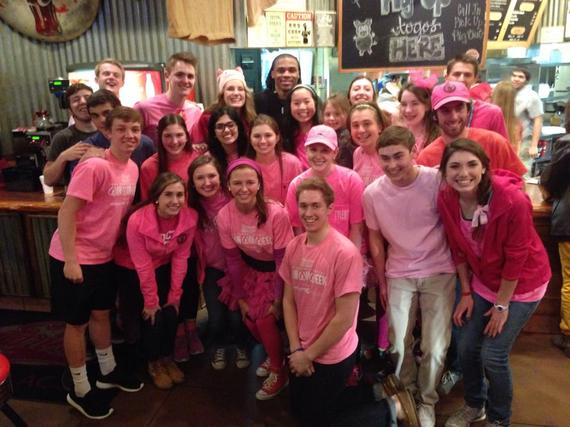 We hold Hog Jog marathons, a Pig Sty paint fight and so much more. Probably my favorite part of the week is when students (and teachers) raise money by completing ridiculous dares, such as eating a worm sandwich or even shaving one's head. We have awesome teachers who really get into the spirit, such as one of our math teachers below who agreed to a pink Mohawk last year to help kids in need! 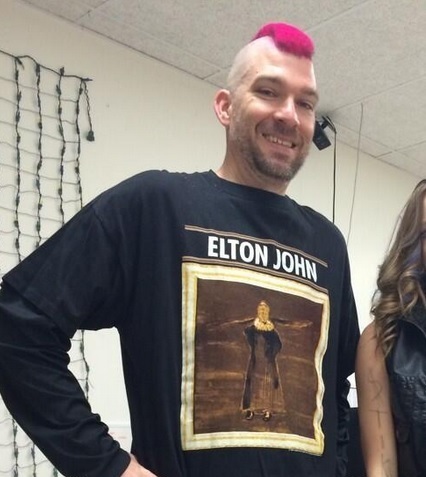 This year in particular, there has been a great act of kindness shown by one of the guys who's a senior. Our school just sold valentines to raise money for Swine Week, and he knew that there would be girls at school who would feel bad because their friends all got valentines and they didn't. So he worked all last summer to save over $1000 so he could buy every single girl in the school a valentine anonymously. That's 1076 valentines, and you can read more about him here. He didn't do it for the 'fame' it would bring him. He didn't do it for any special treatment. He did it because he knew that he would be helping others through Swine Week and because he knew that getting an anonymous "you're wonderful" note would let each girl realize someone cared enough to send something special. Swine Week amplifies the goodness in people's hearts.

This year the students have selected Angel's Foster Family Network to support with the fun theme of "Pigtendo" (based off of Nintendo, of course). I'll admit that Swine Week is a great time, an extended party that brings good memories, good times and the best out in the kids at my school. In the past, our student body has raised up to half a million dollars by coming together and working for others. Not exactly the image of lazy, technology obsessed and uncaring teens that is often portrayed by those older than us. So please don't assume the world is going to go downhill with the upcoming generation. Give us a chance and you just might be surprised at just how much good we can accomplish in the world!

You can learn more about Swine Week by visiting www.swineweek.org