If any more evidence was needed that Keith Olbermann is embarking on a new chapter of his career, it can be found in his newly MSNBC-less Twitter page.

Before his sudden departure from the network, the background on Olbermann's widely-read Twitter feed showed a picture of him along with the "Countdown" logo. After his exit, Olbermann swapped the picture for one that shows him at a baseball game as a boy. 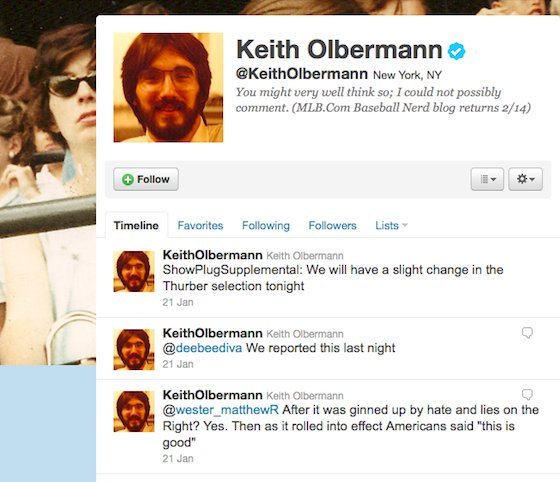 Olbermann also changed the text of his biography on the page. He first replaced the plug for his show that had been there with the words "WATCH THIS SPACE." Then, he changed that to "You might very well think so; I could not possibly comment." That's a reference to the BBC political series "House of Cards." The main character, a scheming politician, uses the phrase when he wishes to acknowledge the truth of something without explicitly doing so.