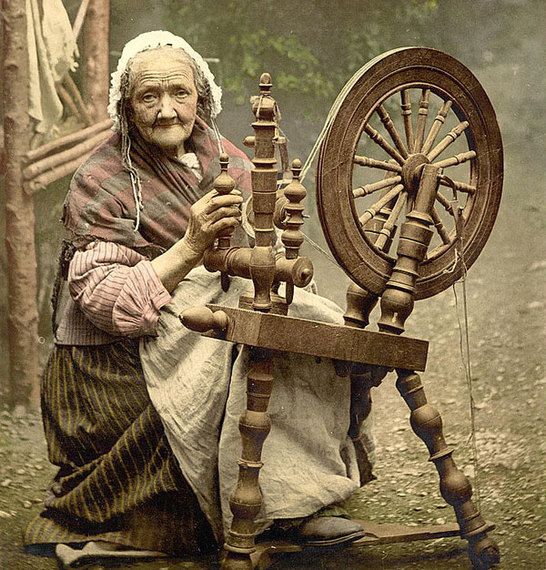 For many thousands of years, mankind has wondered when old age began. Mostly, it began about a week after puberty. In the Middle Ages, reaching age 21 was the goal. If you made it that far, you had a pretty good shot at living into your 60s. Of course, your teeth would have all rotted out and your eyesight would have been gone, but if you avoiding the plague and bloodletting, you'd have it made.

Beginning at the turn of the 20th century, life spans started steadily rising, from 45.7 years to 88 years, now. A lot of that rise was due to the decrease in infant mortality and the vast array of drugs that have been introduced to the market, which allowed more people to aspire to saying things like, "This getting old stuff sucks."

It wasn't until Boomers appeared on the planet that the concept of old age began to be threatened. Boomers, in an effort to eliminate old age completely, invented Spanx, cosmetic surgery, Viagra, and the belief that they looked 10 years younger than they really were.

But, in spite of their best efforts, old age refused to go away. So the question was, when did old age really begin? It was confusing. Asking actually people resulted in differing answers:

Luckily, we now know for sure when old age begins. The Mirror reports that, in a survey of 2,000 Britons, 68 is the true age at which middle age ends and "old age" begins. For those of you who are expecting that LBL will now delve into the trashing minutiae of the research, for your edification and enjoyment, you are out of luck. This is because, in writing this post, she found a reference to another study, very similar to this one, also conducted in the UK, that identified age 80 as the start of old age. This study was done in 2014.

This sudden alarming disparity in what constitutes old age caused LBL to ask the following: What happened between 2014 and 2015 that suddenly speeded up the onset of old age in the UK? And, did this also happen in the US? LBL took a look at the major events of the past year that would have had this effect. Most of them came down to the inexplicable rise in popularity of Donald Trump, Ben Carson, and selfies.

LBL is understandably concerned about this. She feels she has just lost 12 years of being safely middle-aged and has unceremoniously been catapaulted into old age. She has not been prepared for this. She has never even understood what 'old age' means. She has consulted with online dictionaries to get the definition of old age. They are vague and can be interpreted any number of ways ('the final stage of life,' 'being a grandparent,' 'being retired', and on and on) and have been of no help. 'The final stage of life' is a meaningless phrase. LBL is a grandparent. LBL is not retired. LBL still wears heels.

Then she discovered something that was a huge help. Studies have distinguished the 'young old,' the 'middle old,' and the 'very old.' The actual ages that fit each group differ widely, according to which sorce one is looking at. This was a great relief to LBL, because no matter the difference, her age (68) was always plunked solidly into the 'young old' group. LBL believed she was beyond being called 'young' anything, so this was a mighty pleasant surprise.

Now the only thing she has to worry about will be another study next year that will declare that old age starts at 55, moving LBL into the 'middle old' demographic. In two years, another study declaring an even earlier onset of old age could result in her being declared 'old old' without ever being given enough time to make the transition from heels to sensible shoes. The thought makes her head spin. LBL is considering wearing a badge that says, 'Be patient with me. I'm training to be an old person.'