This photographer proves that man's best friend gets even better with age.

Pete Thorne, a 35-year-old photographer from Toronto, is a big fan of puppies but thought it was time to give their older counterparts a shot at the spotlight. So he created, "Old Faithful Photo Project," a collection of portraits featuring all types of aging canines alongside their incredible stories -- some of which, Thorne says, taught him the value of good pet ownership. 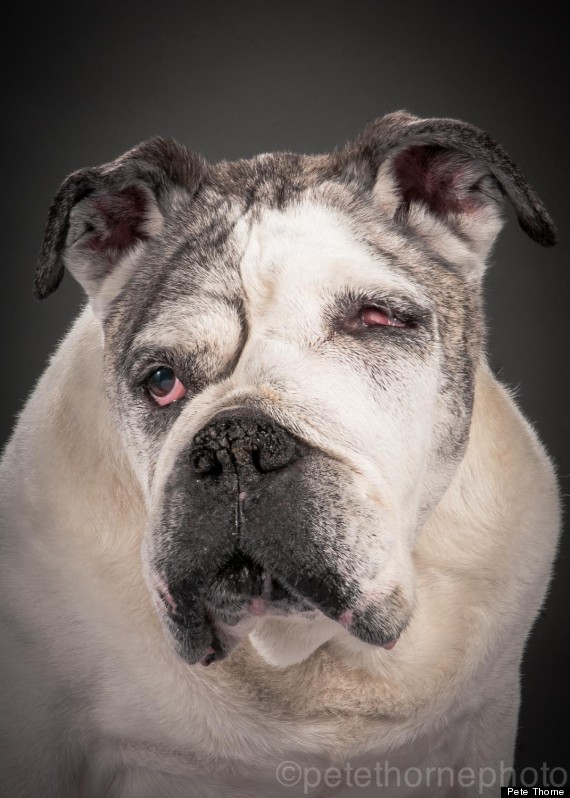 "Mance is a 13-year-old English bulldog, a breed close to my heart. He has bone cancer that adds a lot of character to his face. He's in a pretty fragile state so I made my first trip out of the home studio to photograph him, in all his asymmetrical charm."

The photographer got the idea for the project after visiting his grandmother last year for her 100th birthday. He became interested in photographing aging subjects, and realized that in pets, elderly dogs are frequently overlooked in favor of young puppies. Thorne originally began the series from a more humorous angle, but changed his mind when some of his subjects' owners alerted him to their pets' deaths.

"A lot of the stories of these dogs involve rescuing them from pet mills, foreign countries or from the threat of euthanasia, so I think the key to longer or more substantial canine life really just comes down to love and caring that these old doggies receive from their parents," Thorne wrote in an email to HuffPost.

Meet some of the dogs that Thorne has photographed for his project:
(All photos courtesy of Pete Thorne, and descriptions of the dogs from his Facebook page.) 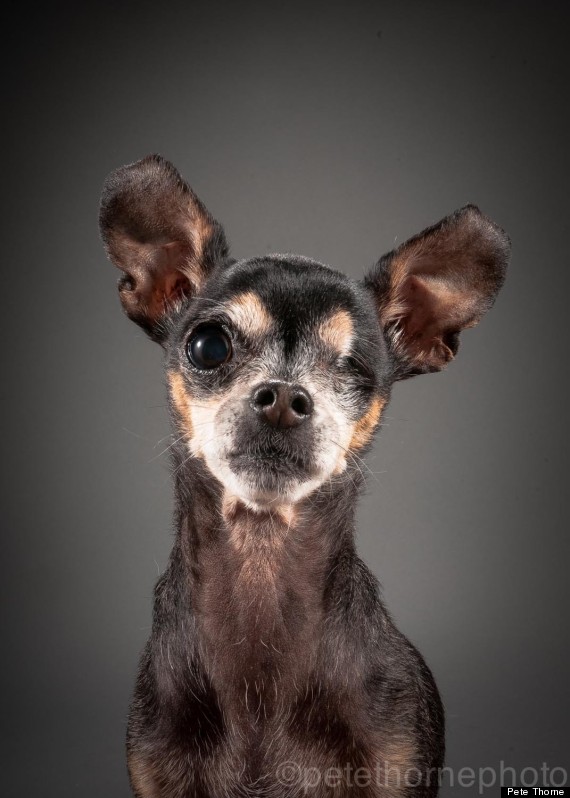 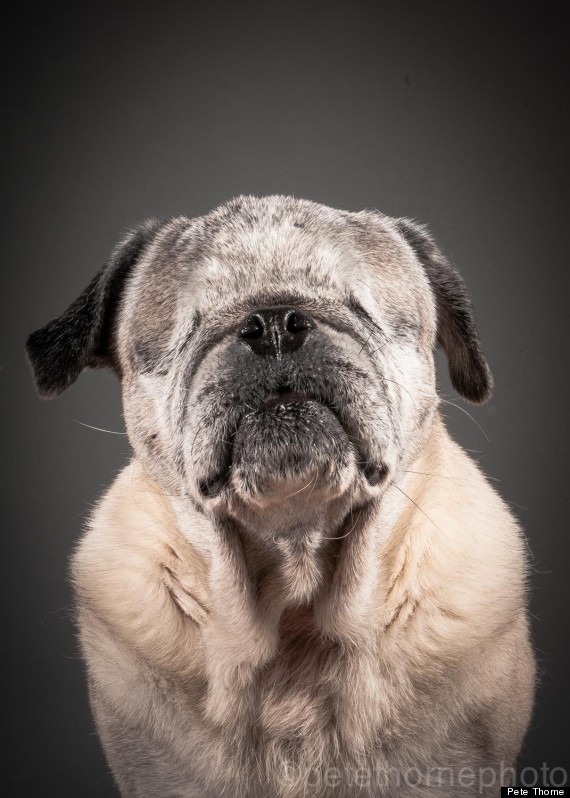 "She was named after Hazel McCallion, the mayor of Mississauga. This tough old gal had both her eyes removed due to pain and no tear production, and has five microchips from being re-chipped every time she was sold to a new puppy mill. Luckily she was rescued and adopted by Blanche Axton." 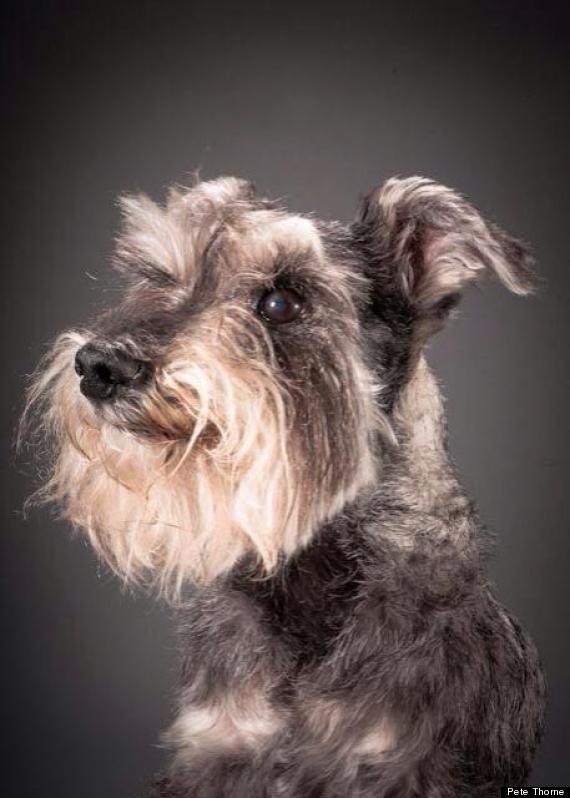 "Lucky, the 14-year-old schnauzer ... Four years ago he was attacked by two American bulldogs. The vet said he probably wouldn't survive the night due to blood loss. He greeted them with a wagging stub-of-a-tail the next morning! They said he'd have a punctured/collapsed lung. Nope! They said he'd lose an eye. Still uses both. They said he'd lose a leg. He doesn't even limp on a rainy day! He is mostly deaf now, his vision is only so-so, he needs help to jump on the bed, and he lost most of his teeth but he's ... still the master of cuddles." 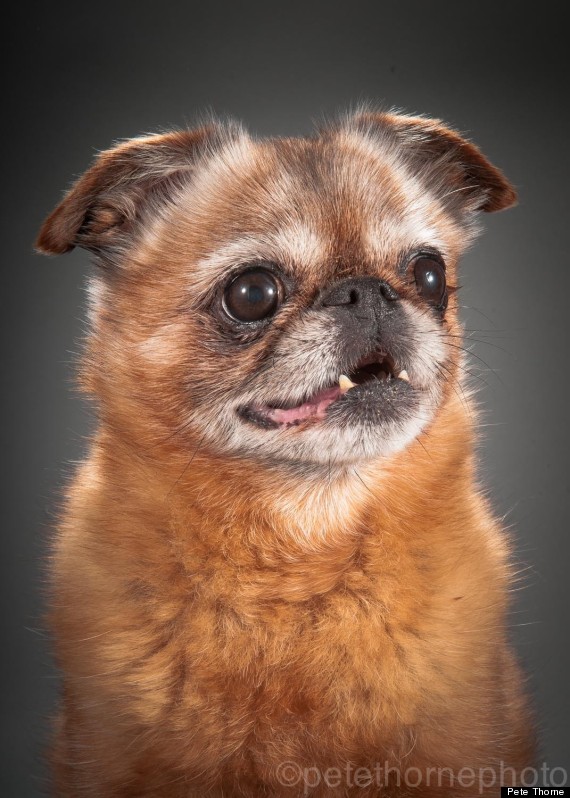 "Finnegan is a Brussels griffon smooth coat or a petit brabançon. He has a red coat. He is 12.5 years old. He weighs 6 lbs and is small for his breed. When he lived in Montreal, he went by his French name: Finni le Poo. He has a heart murmur and has had multiple teeth pulled, otherwise he is in great health for his age." 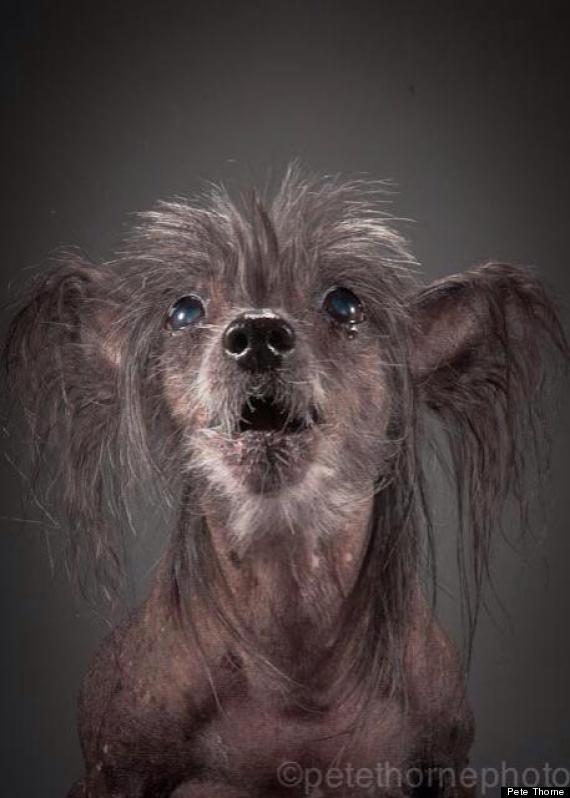 To see more of Thorne's photography, visit his website.