What is it about telexes and typewriters that makes so many of us wax nostalgic?

There's been a spate of articles lately extolling the virtues of those magnificent machines one usually sees in museums, and occasionally in people's homes or offices.

I was amused when Pascal Taillandier, the editorial production manager at Agence France-Presse (AFP), posted a picture on LinkedIn of a man punching a telex tape in the back of a van as curious children looked on through the open doors. 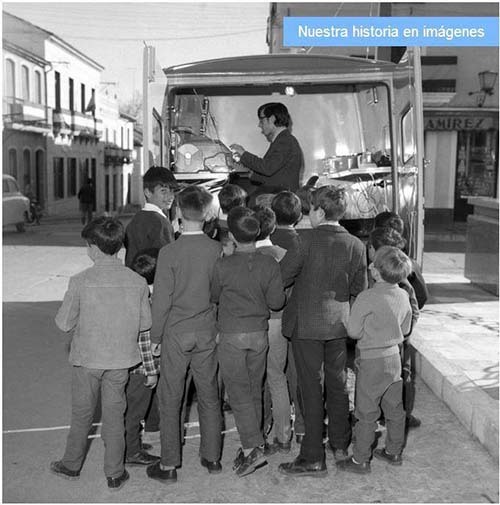 The 1969 black and white photo in the Spanish town of La Carolina was part of a series marking the 75th anniversary of Spain's EFE news agency.

It took me back many years when I filed stories from various capitals via telex for UPI and AFP and reminded me of the infernal noise it made.

For the uninitiated, journalists (or telex operators) typed on a keyboard as the machine turned each tap into a letter, number or punctuation mark onto a roll of thick yellow paper tape that was later used to transmit the story.

Those unfortunate enough to make a mistake had to count back the number of spaces on the tape where the error occurred and correct it. If the tape jammed or ripped in the machine, one had to start from scratch.

While I thoroughly enjoy blogging, tweeting and using all manner of light digital mobile devices, there was something endearing about the bulky equipment we had for turning out hard-hitting, solid journalism.

My trusty portable Hermes Baby typewriter, which my father acquired when I was 10, and which I summarily commandeered, lives on (albeit in hibernation) following devoted service during my teenage years, undergrad and grad college stints and early journalistic work. 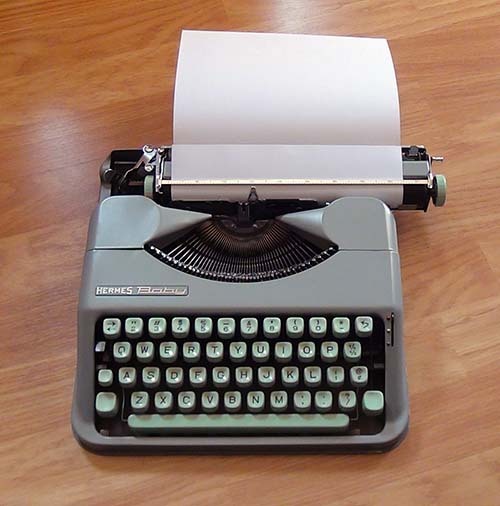 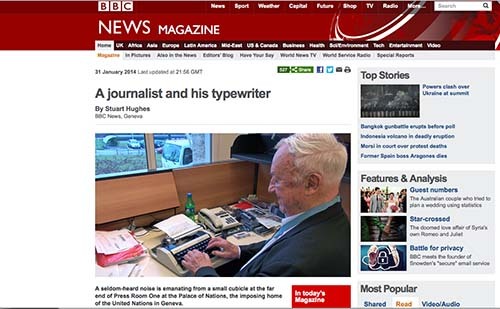 Screen shot of Gordon Martin and his typewriter

"In the age of social media and digital diplomacy, Gordon Martin is a resolutely analogue journalist," said the Beeb's Stuart Hughes about the octogenarian UN correspondent for Vatican Radio who doesn't have a mobile phone.

Martin may have met my late mentor and family friend Wilton Wynn, the TIME magazine bureau chief in Cairo, Beirut and Rome who was an expert on the Middle East and the Vatican. 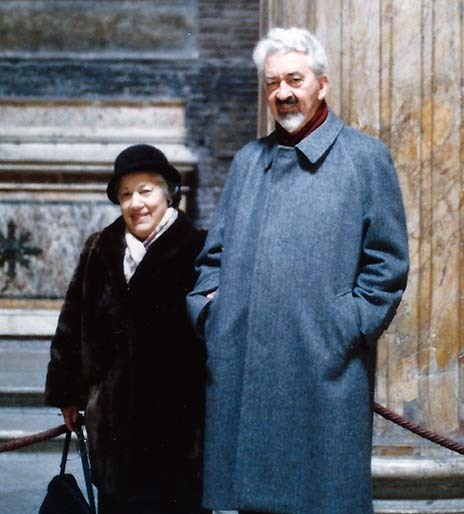 A consummate gentleman with a charming southern drawl from his native Arkansas and early years in Louisiana, Wynn was a master at crafting words to tell good journalistic stories on telexes and typewriters.

I may not be using my typewriter but actor, producer, director and writer Tom Hanks seemed in heaven when he produced a delightful piece for the New York Times Sunday Review on being well versed in the focus-stealing racket one can make with a vintage manual typewriter.

This was particularly catchy:

You will need to make space for a typewriter and surrender the easy luxury of the DELETE key, but what you sacrifice in accuracy will be made up in panache. Don't bother with correcting tape, white-out or erasable onionskin paper. There is no shame in type-overs or XXXXXXiing out a word so mistyped that spell-check could not decipher it. Such blemishes will become the personality of your typing equal to the legibility, or lack thereof, of your penmanship.

Finally, the funniest report I read was about the Kremlin reverting to the use of electric typewriters in a bid to plug leaks from computer hardware following the Wikileaks and Edward Snowden flaps.

"Unlike printers, every typewriter has its own individual pattern of type so it is possible to link every document to a machine used to type it," it said.

But how many people today would tolerate a newsroom full of these contraptions?