Many of my feminist friends understandably appreciated and shared:

This article about now-elderly Playboy pin-up girls from decades ago showing they still have it. 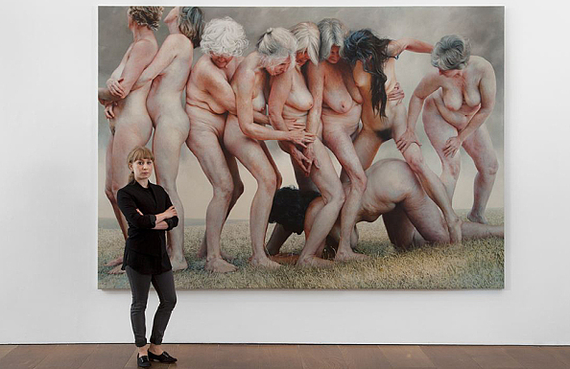 This article about a woman who paints nudes of elderly women lined up in the same meat-market pose of so many similar images of naked young women. 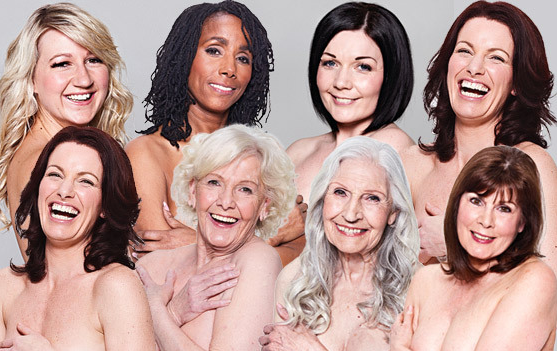 This article about older female bodies and dating over 50. 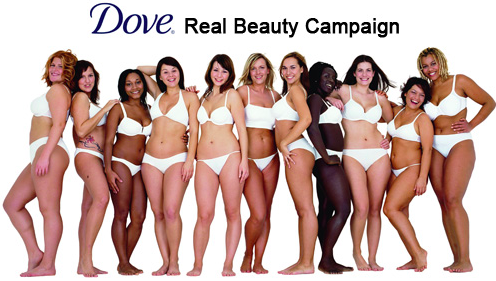 This campaign by Dove that shows women of all body types and races lined up in their underwear. 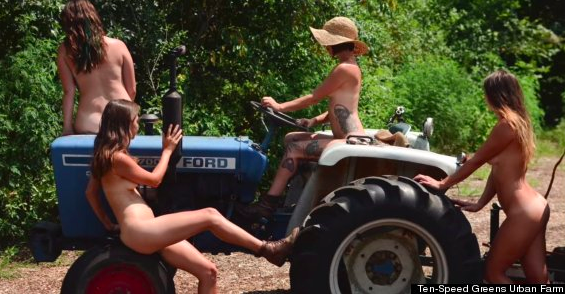 This fundraiser about women farmers "taking it all off" for a calendar to raise money for a new piece of land, and...

Women of all ages, races, body types, and occupations can now show society that they are equally deserving of being objectified -- not just the young, thin, white hotties who typically get that special honor. Today, if you're female, you're never too old, too large, or too anything to be photographed or painted while naked or scantily clad, and duly lauded for your physical attributes. Hooray!

It is legitimate to want to broaden our extremely narrow definitions of female beauty beyond extremely thin, extremely young, extremely white, and extremely western ideals. It is admirable to want people to see what women really look like who are not young or skinny or photoshopped to within an inch of their lives. But is there room in this conversation for the imperative of moving beyond this obsessive focus on the physical appearance of females? Are we better off if every woman can be "beautiful" or if -- like men -- women are not reduced to whether and how their bodies pass muster? How does the democratization of female beauty actually help women transcend objectification? Isn't this in some ways an extension of the patriarchal bargain to more women?

I often hear people say to girls or women:

"You're so pretty! Just look at you!"

"You're beautiful just the way you are."

"Always remember that you are beautiful to me."

"You're gorgeous inside and out."

"You have beauty and brains."

"You can be smart and sexy."

"Plus-sized women are sexy too."

Now lets gender-flip that. How often do people say to boys or men:

"You're so handsome! Just look at you!"

"You're handsome just the way you are."

"Always remember that you are handsome to me."

"You're gorgeous inside and out."

"You have handsomeness and brains."

"You can be smart and sexy."

"Plus-sized men are sexy too."

If that sounds absurd, it's because it is absurd. No, we don't do that to males. We don't constantly remind them of how handsome or sexy they are while doing whatever they are doing, living their lives. We don't carefully reassure them that they are handsome and sexy no matter what, as if their faces and bodies are their greatest repository of self-worth. The value of men to society is not primarily measured by their ability to be judged attractive while simultaneously being smart, adventurous, bold, or brave.

We also do not give males the message that their physical appearance is critical to the aesthetic landscape of everyone else. We don't do it to them when they are boys or when they are young adults or when they are middle-aged men or when they are old. Cradle to grave, males get to be seen and depicted as more than their bodies. And they are rarely photographed or otherwise depicted as a commodified group of nude or nearly naked male bodies. Sure, some commenters will post examples of sexual objectification of men by media. It happens! But it happens way, way, WAY less than it happens to women, so let's not get derailed here because that will be the purpose of those comments. Let's keep our eye on the ball.

Look, I'm not foolish enough to think that the male gaze will ever go away (or even should), nor do I believe it will ever cease being a driving force behind what a lot of women themselves have come to view as empowering. And the male gaze is not the problem per se. The problem is that a lot of men and women consider female outsides to be terribly important and constantly up for assessment in a way that is not the case for men. It is dehumanizing while being all too human.

I understand human nature, but I still want more for girls and women. When females are reduced to their bodies, it is easier to violate them because they are seen as objects that are less human and less deserving of rights and respect. Look around this country and this world at the treatment of women by men. (#notallmen... must be sure to slip that in there). If female bodies were not so commodified, how might that change the world?

If we extend this commodification to more women, is that the right direction to be taking? The self-esteem of many heterosexual females is so steadfastly tied to how desirable they judge themselves to be to heterosexual males that it is no surprise so many well-meaning men and women are trying to make beauty something that can be claimed by any woman. I get that "all women are beautiful." It's admirable. But in some ways it's also misguided.

We need to challenge the paradigm, not wedge more women into it.