Penn Station wasn't always a claustrophobic, cement labyrinth of chain stores and lost tourists. The original Penn Station was a towering and grand entrance to the Big Apple, and a worthy architectural counterpart to Grand Central.

The station, finished in 1910, had a giant waiting room with 150-foot tall ceilings, 80 Doric columns, and 16-ton decorative eagles, according to Susannah Broyles, who wrote this fantastic blog post for the Museum of the City Of New York. Sunlight poured in through a sprawling iron and glass roof.

But, in a city that's always changing, the original Penn Station didn't last long. As commuters took less to trains and more to automobiles and airplanes, the station started to lose money. Penn Station was razed to street level in the 60s to make way for a new Madison Square Garden. The ruins were dumped into a landfill in Seacaucus, New Jersey.

Many in the city were devastated by the destruction, and the outrage prompted Mayor Robert Wagner in 1965 to start the Landmarks Preservation Commission, giving the city government power to designate and preserve historical neighborhoods and buildings.

Phase One of Moynihan Station is set begin this summer inside the Farley Post Office, just across the street from Madison Square Garden. The $270 million, according to Capital New York, "will roughly double the width and length of Penn Station's western concourse, extending it southward to encompass New Jersey Transit and Amtrak tracks. It will also vastly improve access to the labyrinthine station, creating six new entrances, three at the southwest corner of 33rd Street and Eighth Avenue, and another three at 31st Street. The entrances will have escalators, elevators and stairs to the platforms."

Check out some renderings of the station after the vintage Penn Station shots below. 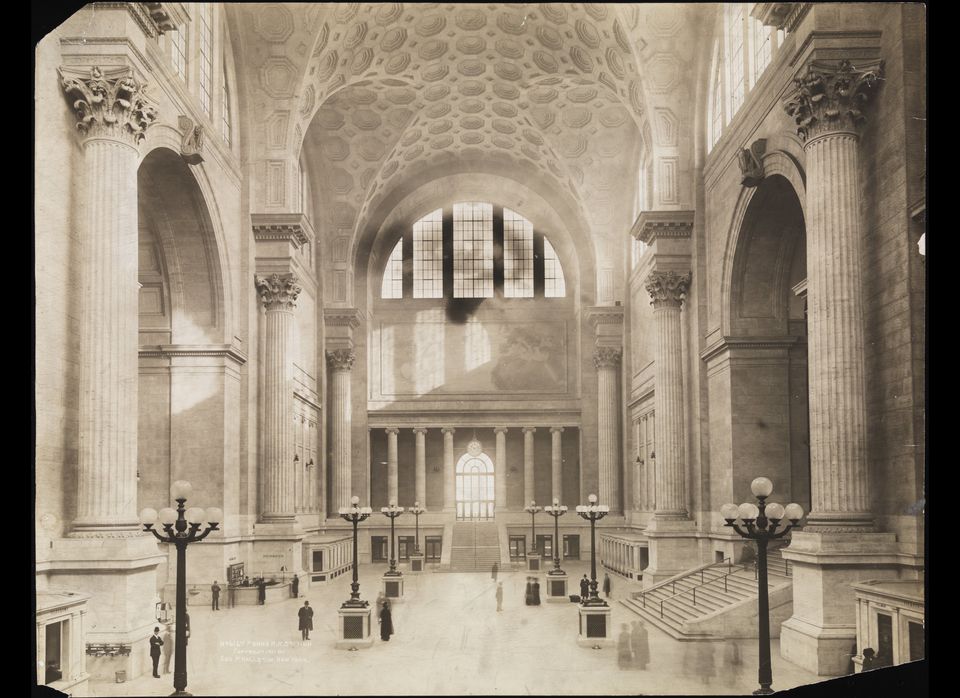