Why would I have a second child at age 50, you may be asking? The answer is so simple; Children and animals and nature give me unspeakable happiness. So fulfilling is my life now that I've become a mother artist, the question really is; how do I have a second child at 50? I am at a new beginning of my career as a song writer and performer in New York where I grew up and lived until I was 31. I am single for the first time in 17 years, I am working at maximum capacity writing, recording, performing and promoting my new work and being the mother of my 6-year-old son, and yet, I dare to bring another child into our world. Crazy!

Let me explain. My son needs a sibling. I loved my brother more than anyone; I remember how our bond gave me comfort, yes, but also a sense of myself outside of myself. We were there, always. Grownups stumbled in and out, but I felt his heart, like E.T, I understood the details of his emotional life, we shared a creative life, I watched him grow and change with an innocent eye. The mind of a child does not care for the messed up world of adults, the child's mind sees the future and past and present in a context all it's own, based on the imagination and feelings of the child. The world of children growing up together is simply transcendent, and we grownups can only get in the way.

I have had the opportunity to have another child for six years, because I froze my eggs with a sperm donor's sperm when I was 31 years old in California. From one of those embryos came the most amazing human being I've ever met, Dashiell. And there were 11 more embryos with possibility of life still in storage. For all the times Dashiell asked for a sister, I didn't feel I had the emotional support in my life. When Dashiell was four, we went through a personal tsunami in California, and I moved back home to Manhattan with my son. I got him into a great public school, at which my sisters children spawned their successful progressions to phenomenal colleges, and began the restructuring, the rebuilding of our lives.

Strangely, I started to feel support from everywhere. The teachers at Dashiell's school were the most engaged, experienced and intelligent I had ever worked with. The mothers at school, the neighbors down the hall, willing to cover for each other at a moment's notice. Of course, I jumped right in also, writing a musical with Dashiell's kindergarten class, picking up his classmates and encouraging them to be free in our cozy apartment until whenever, picking up groceries, all sorts of unwieldy and expensive burdens lifted.

As this ecosystem of quirky families in our community grew and changed naturally, I started making real friends as an adult, and getting to know my family of origin as people. By the second year, which is now, I could have enjoyed the life I created and used every moment of bonus time to check the things I want to do for myself off my list, or I could have gotten pregnant.

I agonized over the decision for a year and a half, not because of my age, but because I am so happy, focused and productive, and I've got this one kid thing down. I went back and forth like a lawyer trying a case, sometimes as the prosecution, sometimes as the defense of the unborn child and sibling, and through it all one question emerged. "Which will I regret, having another child or not having another child?" It's actually rhetorical, no one regrets having a child. I hope. Plenty of people regret not having a child. Which is I why I will digress to say this to career women in their 30s: "Hurry up and freeze your embryos-or eggs!"

My moment of truth came on October 22, after I had called the California Fertility Partners to ask the embryologist NOT to thaw the embryos because I WASN'T coming to do the transfer because I decided I COULD NOT BE A MOTHER TO ANOTHER CHILD. Oddly, I had just cancelled our tickets to L.A. for the weekend, and was about to dial the embryologist when the phone in my hand rang. It was Dr. Bronte himself, delving into the status of my thawed and dividing embryos, without saying hello. He had thawed Dashiell's embryo six years ago, and I remembered his intensity.

"You already thawed all of them?" I asked, dumbstruck. "Yes, dear", said the gruff Aussie, "you are scheduled for a transfer tomorrow morning at 9 a.m., and it takes over a week for the healthy embryos to show themselves."

Standing in my sun bleached room looking out at the park, those swiftly changing leaves, at my old upright piano, with whom I've written hundreds of songs over thirty years including "Damn, I wish I was your lover" and "As I Lay Me Down", and then to the faces of my Dachshunds, the bookends of my heart, I felt torn. I didn't know what to do. Should I let those embryos die and continue on with the life I know, or bring a new life into this world? I unfolded my horse blanket from Topanga Canyon and sat down to listen. And she spoke. The soul of 'Little Red'. "I will heal Dashiell. Only a child can really understand a child."

I rebooked the tickets for all four of us, always including my bookends, and packed a knapsack. "I'll decide in the morning" I decided. I picked Dashiell up early, his favorite because it always means we're going on a spontaneous trip, and off we flew to the State where all things are considered normal, if you can afford them.

I think, in spite of the three months of ghastly sickness and the stress of worrying whether I had actually ruined Dashiell's life, that I made the right decision. Although, in this last year of signs and visions, I've often wondered whether I was choosing to have another child, or being chosen. A mother at Dash's school suggested I have my doctor write the gender of the child and seal it in an envelope for Dash to read to me. I did that, and the afternoon before our first snow day as we made concoctions in the kitchen I told him about the envelope. "Dash, the baby doctor wrote you a letter with some very special information about the baby that nobody but her knows. Would you like to open it and be the first in our family to know if you are having a sister or a brother?"

He vigorously took the envelope addressed to him and sat down at the head of the table. He opened it slowly and read the letter, all the while my heart pounding because I had no clue. His tongue swished around his cheeks, his jaw opening as if against a clamp, trying not to smile. Finally he said, "It's a girl!" Just as the doctor had written it, and he jumped up and spun around the kitchen, swooping and dancing like Peter Pan who's just found Wendy. He chimed the things he would do to her when she was bad, like eat candy in front of her during a 'time out', and sang the ways in which he'd dress her like a princess and take her to a salon so she could be pretty. He plotted with our best friend how they would pretend we are Spanish, and show her how we eat out of garbage cans. He was elated. He named her Bubble Gum. He lifted my shirt the other day and kissed my stomach. "What?" He scoffed, "I like Bubble Gum!"

Barefoot, Pregnant And On The Stage
Meet The World's Oldest Mother 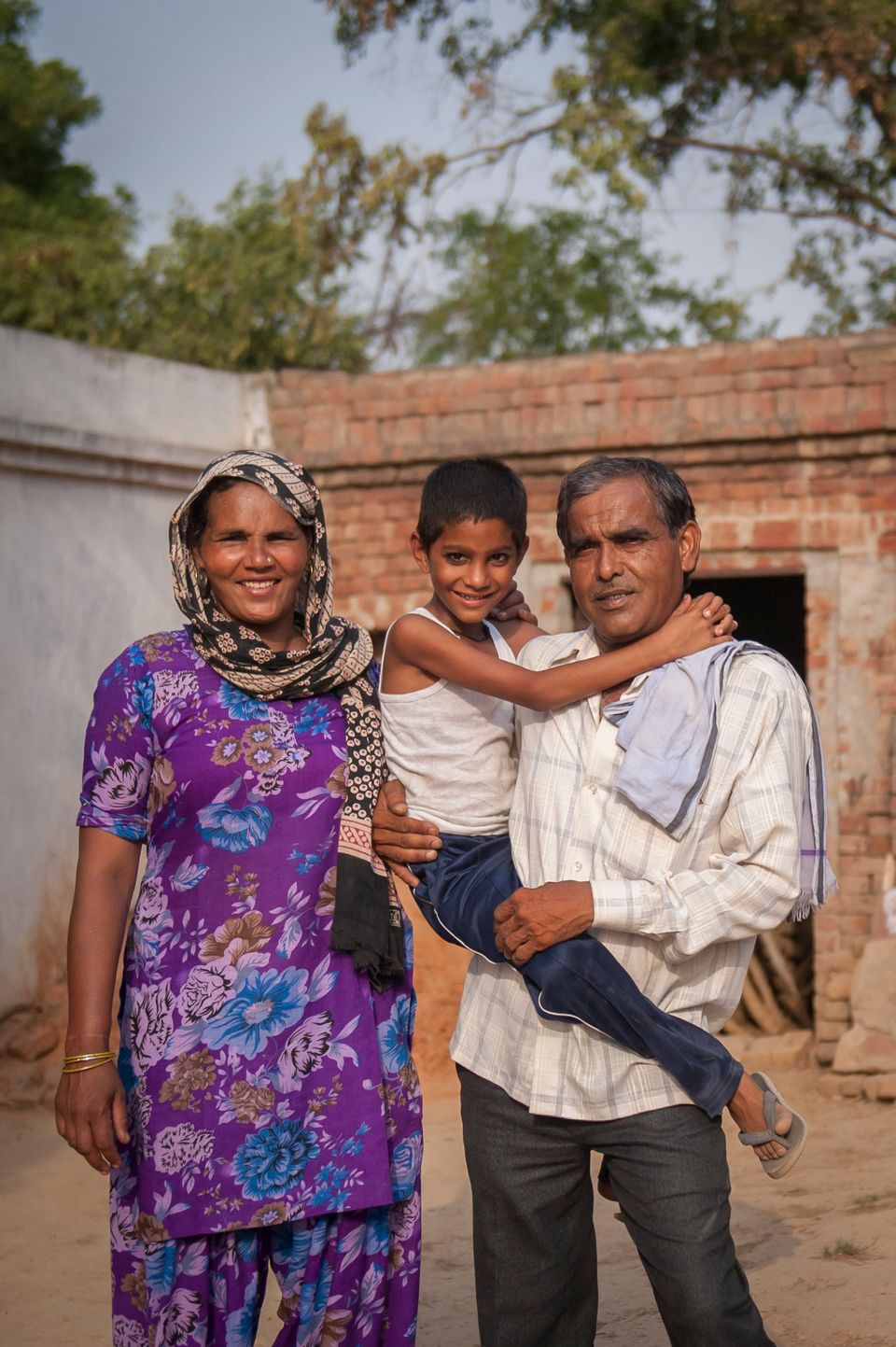