OSLO, Aug 31  - The earliest fossil evidence of life on Earth has been found in rocks 3.7 billion years old in Greenland, raising chances of life on Mars aeons ago when both planets were similarly desolate, scientists said on Wednesday.

The experts found tiny humps, between one and 4 cm (0.4 and 1.6 inches) tall, in rocks at Isua in south-west Greenland that they said were fossilized groups of microbes similar to ones now found in seas from Bermuda to Australia.

If confirmed as fossilized communities of bacteria known as stromatolites - rather than a freak natural formation - the lumps would pre-date fossils found in Australia as the earliest evidence of life on Earth by 220 million years.

“This indicates the Earth was no longer some sort of hell 3.7 billion years ago,” lead author Allen Nutman, of the University of Wollongong, told Reuters of the findings that were published in the journal Nature.

“It was a place where life could flourish.”

“Stromatolites contain billions of bacteria ... they’re making the equivalent of apartment complexes,” said Martin Van Kranendonk, a co-author at the University of New South Wales who identified the previously oldest fossils, dating from 3.48 billion years ago.

At the time stromatolites started growing in gooey masses on a forgotten seabed, the Earth was probably similar to Mars with liquid water at the surface, orbiting a sun that was 30 percent dimmer than today, the scientists said.

Those parallels could be a new spur to study whether Mars once had life, the authors said.

“Suddenly, Mars may look even more promising than before as a potential abode for past life,” Abigail Allwood, of the California Institute of Technology, wrote in a commentary in Nature.

The Greenland find was made after a retreat of snow and ice exposed long-hidden rocks. Greenland’s government hopes that a thaw linked to global warming will have positive spin-offs, such as exposing more minerals.

Nutman said the main controversy was likely to be that the fossils were in metamorphic rocks, reckoned to have formed under huge stress with temperatures up to 550 degrees Celsius (1,022°F) - usually too high to preserve any trace of life.

Still, Van Kranendonk told Reuters that dried-out biological material could sometimes survive such a baking, adding he was “absolutely convinced” by the Greenland fossils. (Editing by Jeremy Gaunt) 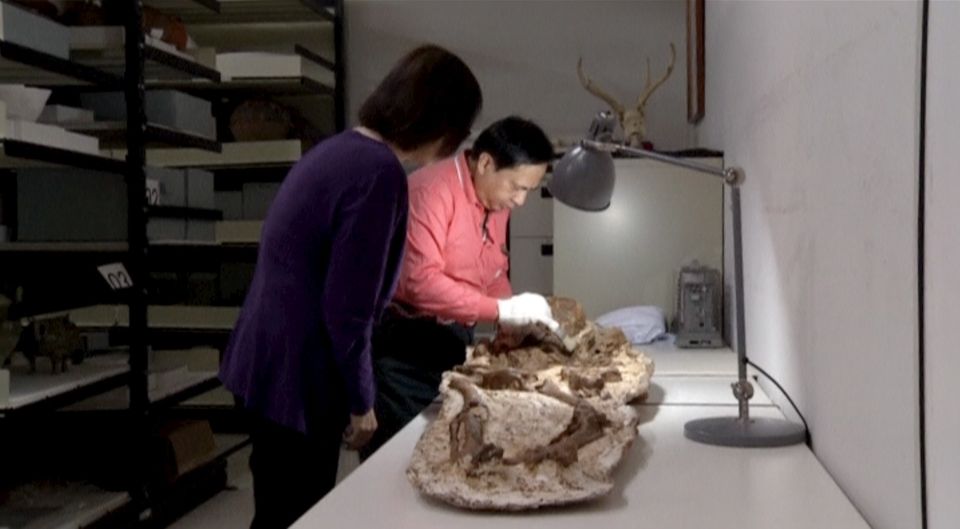