Footprints found in the soft limestone of the Mexican desert have been identified as the oldest in North America. The prints, recently dated to about 10,500 years ago, were found during highway construction in northeastern Mexico in 1961. At the time, the section of rock containing the prints was taken to the Museo del Desierto in Saltillo, Mexico, and put in storage, archaeology site Western Digs reported.

In 2006, researchers tried unsuccessfully to uncover the origins of the prints. In the process, however, they uncovered 11 new prints, Dr. Nicholas J. Felstead, a geoarchaeologist at England's Durham University, told The Huffington Post in an email.

The new prints were "identifiable as human footprints because of the definable footprint shape and visible mud rims around the heel, balls of the feet and toes (areas of most pressure)," Felstead said. 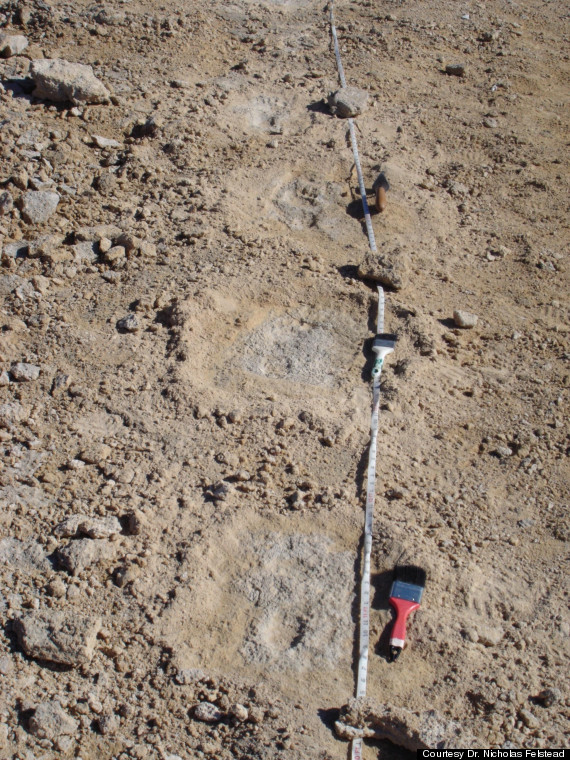 Some of the new prints discovered in Mexico in 2006. These were recently dated to about 7,240 years ago.

Both the prints found in 2006 and those found in 1961 were preserved in a calcium carbonate-rich mud. Felstead and an international team of researchers dated the prints using the uranium series method, which gauges the small amounts of uranium in the rock surrounding the prints.

"The former also represent the oldest currently known human footprints identified in North America (by some 5,000 years) and the oldest known archaeological material from this region of Northern Mexico," Felstead said.

The detailed dating is significant because it means the prints "prove that humans were living in what now is a desert, since 10,500 years ago, utilizing the resources available at the time," researcher Silvia Gonzalez, of Liverpool John Moores University, told HuffPost Science.

The Cuatrocienegas Basin, the area where the prints were found, has long included important hydrothermal pools and rivers that supported both humans and wild animals, Gonzalez said. This habitable refuge "allowed the development of a special nomadic, hunter-gatherer society which was adapted to the desert and only became extinct in the 18th Century," she added.

Fesltead's and Gonzalez's research was published recently in the Journal of Archaeological Science. 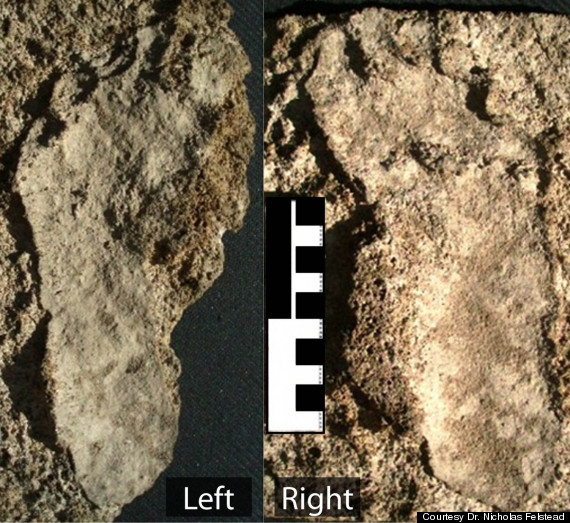 These footprints, discovered originally in 1961 during highway construction, were recently estimated to be 10,550 years old.

1 / 6
Lucy's Skeleton
This Aug. 28, 2007 file photo shows the 3.2 million year old Australopithecus afarensis skeleton called Lucy, part of a new exhibit displayed during a press preview at the Houston Museum of Natural Science in Houston. Lucy, it turns out, had company.
AP