Here's a fact that will quash all of your excuses for not working out: Over 12,000 people over 50 will pound the pavement in the ING New York City Marathon Sunday. The oldest runner is 93!

Many of these marathoners have been running for more than half their lives.

Ken Rosen, 64
Ken has run every single New York City Marathon since 1979. The New Jersey native started running one block at a time and eventually built up to the 26.2 mile race. He says running is part of who he is. Literally. Even his license plate reads "I Run Far." 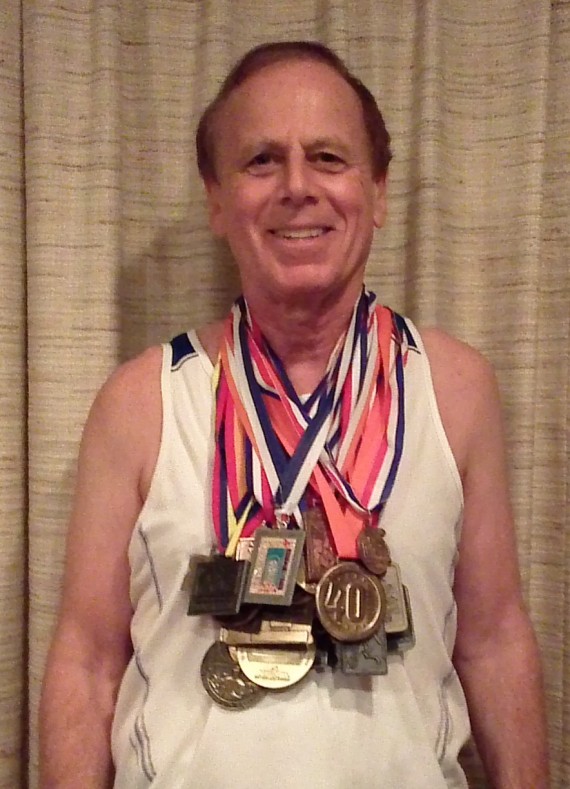 What do you love about running?
After a while it just becomes part of your being -- just something you do. I can't imagine not doing it... it's part of who I am.

What's the toughest part of a race?
I think a marathon really is about mental toughness. You just have to persevere. One foot up, other foot down, eventually until you get there. It's as much mental as it is physical.

What do you feel at the finish line?
It's just an exhilarating feeling because it's an accomplishment nobody can ever take away from you. Once you've done it, you own it.

What advice do you have for beginner runners?
I don't see age as being any sort of barrier to running a marathon... If you can run two blocks, run two blocks. Before you know it you'll be able to run three and then more. You just have to train properly and have the proper attitude.

"Backwards" Bill Reilly, 61
Bill has lived with cerebral palsy for most of his life and runs marathons in a specially built 3-wheel wheelchair that allows him to push backwards with one leg. He has a dedicated team of trainers that run with him and help him brake and steer the chair. This year will mark Bill's 33rd marathon. 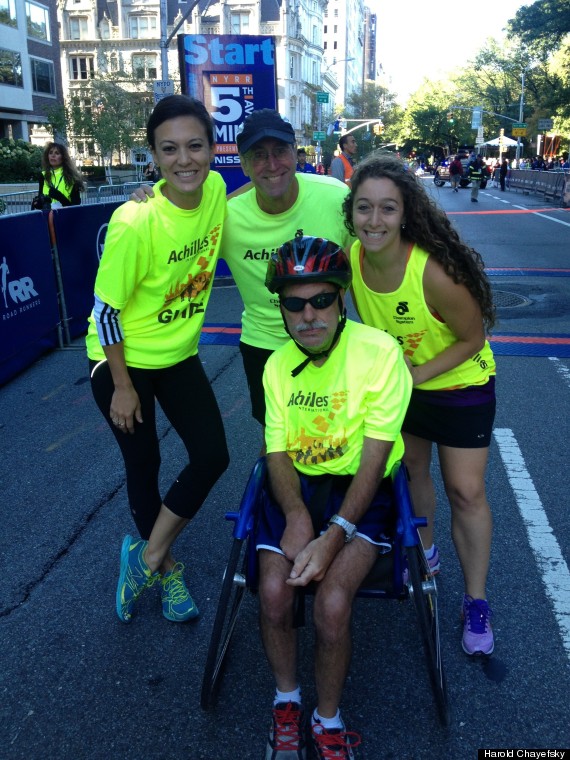 How do you feel at the finish line?
You feel fulfilled... and you feel the need for a beer.

What do you love about running?
I like the challenge of doing it and being able to improve as you go along and keep on doing it.

How important is to stay fit?
You need to keep fit so you can stay mobile. Especially as a disabled person, as you get older, you will have problems if you don't stay active.

James Thomas, 65
James ran his first New York City Marathon in 1980. After 34 years of consecutive runs in the marathon, he shows no sign of stopping and says he plans to run until he turns 100. 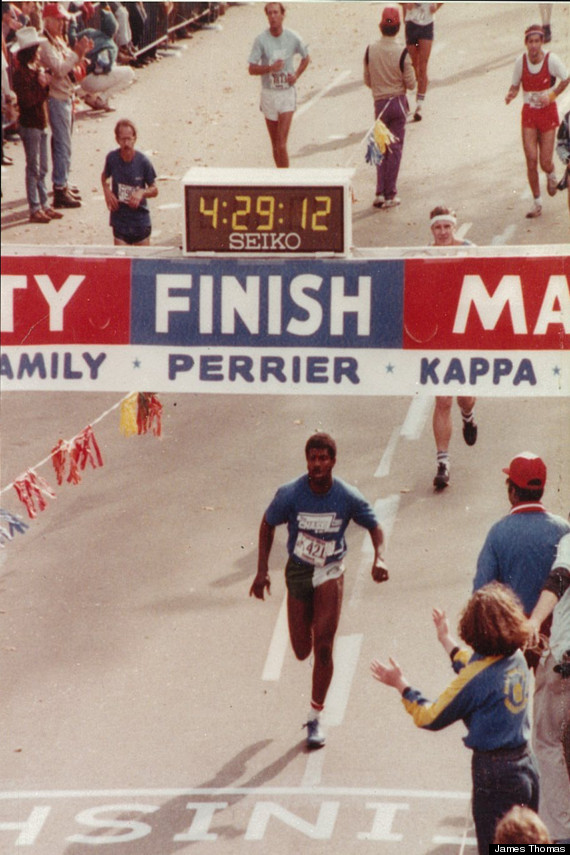 What advice can you give to new runners?
I always tell people they can run a marathon but they have to be willing to do it. Once you have that fuel, it's a great inspiration and a challenge.

How do you celebrate?
I go home, soak in an epsom salt bath, and look at my trophy case.

How can people your age stay fit?
Just stay as active as possible. Keep busy... when you exercise and try to keep yourself busy, chances are you'll live longer. When you keep your brain and body active, your chances of getting ailments are slim.

What do you love about running?
It keeps your cardiovascular system in shape. If you're frustrated or angry, you feel good after a run. It takes the depression out. It's something that keeps you vigorous.

New York City Road Runners head trainer John Honerkamp says it's never too late to start running, no matter your age. You just have to know how to go about it. "Start slow and take baby steps. It's about getting started," Honerkamp advises budding runners.

Here are his top tips for older runners who are just starting out: