Scratchings onto the lid of an ancient jug which may be the oldest writing sample ever unearthed in Jerusalem have left archaeologists in the region flummoxed.

Discovered in December 2012 in an area adjacent to the Western Wall, the 3,000-year-old inscription is described as an alphabetical text, according to the Hebrew University. The finding was only recently announced to the public.

The inscription has been dated to the 10th century B.C. -- about 250 years older than what was previously thought to be the oldest writing sample from Jerusalem, according to a Times of Israel translation of Hebrew University's press release.

Reading from left to right, the letters translate roughly to m, q, p, h, n, (possibly) l, and n. However, researchers aren't positively clear on what the writing indicates.

"We can assume that the inscription indicates the jug owner's name, or the address where the jug came from or the address where it was being sent," professor Shmuel Ahituv of Ben-Gurion University, who helped examine the fragmented letters, said, according to Israel Hayom. "The inscription may also indicate the contents of the jug. In addition, it may have been written by one of the non-Israelite residents of the city, who lived there during the reigns of David and Solomon."

Lead researcher and Hebrew University professor Dr. Eilat Maza says she believes the inscription represents a Canaanite language, possibly used by the Jebusite people or a similar tribe living in Israel around the time of King David, according to the Times.

The text does share at least anecdotal similarities with another ancient pottery shard discovered several years ago near the area where the Biblical battle between David and Goliath is believed to have occurred. That piece of pottery was also dated to the 10th century B.C., and its five lines of lettering also appeared to be a variation of Canaanite script, according to National Geographic.

Maza, a third-generation archaeologist who directs excavation in the City of David and Temple Mount regions, has led several high-profile expeditions in the past, including a 2008 dig that uncovered evidence of the possible site of King David's palace, according to PBS. 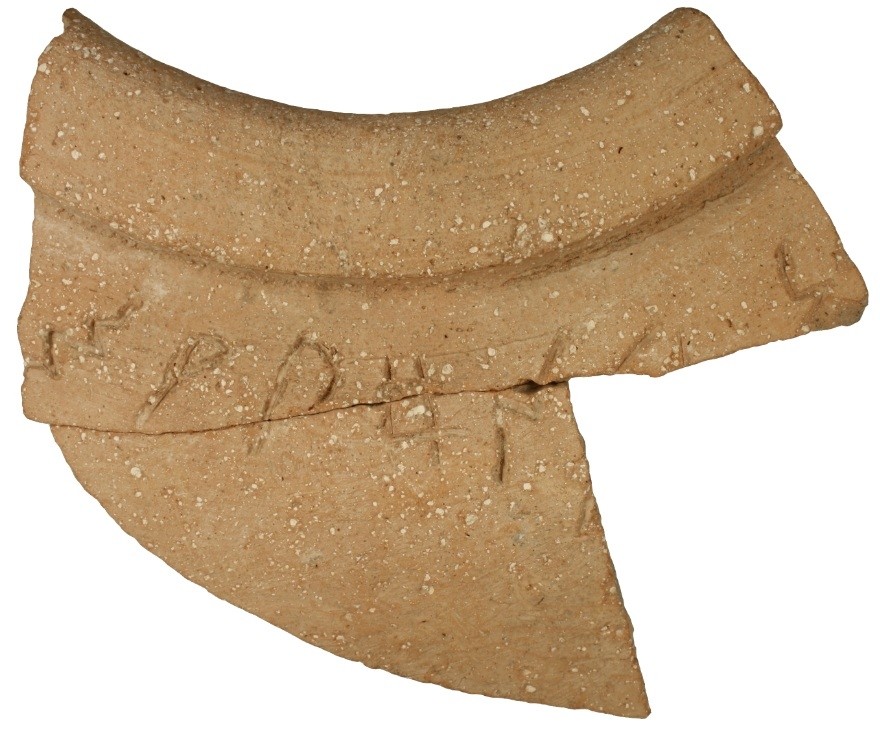