Olek has struck again, this time bringing her crocheted magic to the sky-level billboards of Oakland, California.

First crocheted billboard ever! Dedicated to Billboard Liberation Front! A gift from NYC to Oakland!!! pic.twitter.com/YlSmkDPbWA

The yarn artist, known for covering playgrounds and gallery spaces in her textile medium of choice, decorated an entire street-side sign with the word, "Boys," crocheted onto her signature brightly-colored camouflage background. 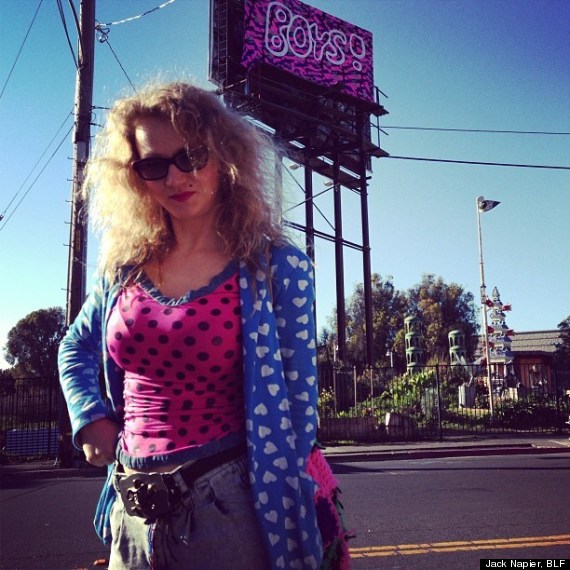 The new billboard was caught by Laughing Squid partner John Law, who claims that the yarn creation is the first crocheted billboard in existence.

Just to be sure, we checked in with street art aficionados Jaime Rojo and Steven Harrington at Brooklyn Street Art, who verified Law's claim. "We have never heard of someone else doing this," the duo wrote to The Huffington Post in an email.

The billboard is located at Peralta and 36th St, in case any Californians want to head over and take a look. The public art project is dedicated to the Billboard Liberation Front, which endeavors "to do all in [their] power to encourage the masses to use any means possible to commandeer the existing media and to alter it to their own design."

Check out Olek's work on Einstein in the slideshow below and let us know what you think of the crafty artist in the comments. 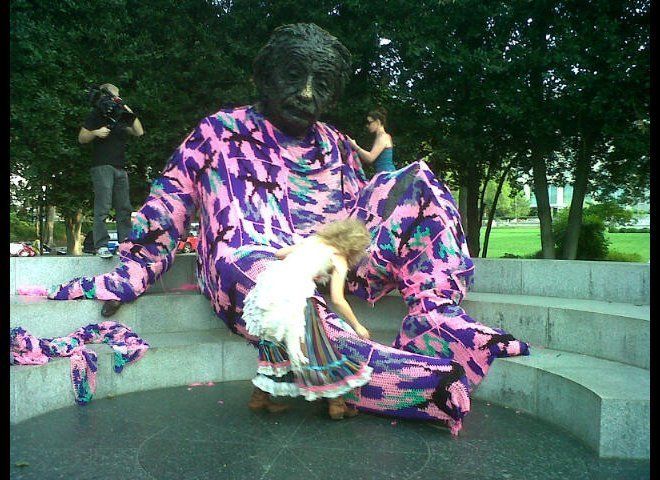