WARNING: Spoilers ahead for “Game of Thrones” Season 7!

Things aren’t looking great for Daenerys (Emilia Clarke) and co. in the world of “Game of Thrones,” but if the Lannisters hadn’t messed with Dany’s plan, we wouldn’t have been able to witness the epicness that was Olenna Tyrell (Diana Rigg) taking down Jaime (Nikolaj Coster-Waldau) as only she can.

In the final minutes of Season 7, Episode 3, “The Queen’s Justice,” the Lannisters invade Highgarden and Jaime informs Olenna that her time in Westeros is over. But, come on, we all know Olenna is not one to leave without uttering the last word!

As Jaime assures Olenna that he convinced Cersei (Lena Headey) to let her die a painless death ― poison in wine ― the Tyrell matriarch reveals that she, not Tyrion (Peter Dinklage), was the one to poison Joffrey (Jack Gleeson) at his own wedding.

“I’d hate to die like your son. Clawing at my neck, foam and bile spilling from my mouth, eyes blood red, skin purple. Must have been horrible for you, as a Kingsguard, as a father. It was horrible enough for me ― a shocking scene. Not at all what I intended,” she tells a heartbroken Jaime before adding: “Tell Cersei. I want her to know it was me.”

Although we as an audience knew Olenna conspired to kill Joffrey at his wedding to her granddaughter Margaery (Natalie Dormer), Cersei has always blamed Tyrion and Sansa (Sophie Turner). She’ll most likely be surprised to know that her little brother had nothing to do with it.

Considering what she did to Myrcella’s (Nell Tiger Free) killer Ellaria Sand (Indira Varma) in the episode, we can assume that if Cersei knew Olenna’s part in Joffrey’s death, her own end would’ve been much more painful.

As it stands, let us raise a glass to Diana Rigg’s unforgettable performance as Olenna Tyrell. She shall be sorely missed. (And we’re not just saying that for Dany’s sake.)

Olenna Tyrell Just Had The Greatest 'Game Of Thrones' Goodbye Yet
"Game of Thrones" Season 7, Episode 3 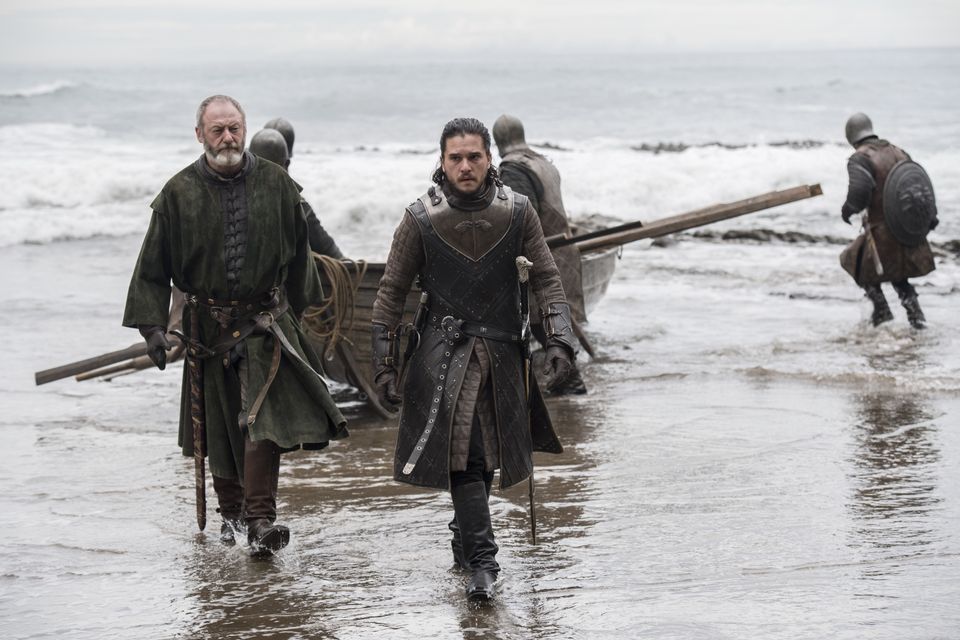