Olivia Bee started photographing her friends and family when she was only 11 years old. As a visual diary of sorts, her work captures the saturated drama of being a teenager, where every heartbeat pulses that much harder and every transgression feels electric.

Her photography has been featured in Seventeen Magazine and in Converse advertisements, but still maintains its dreamlike quality. The images capture innocence lost and found, and they are strongly reminiscent of Ryan McGinley's work. To learn more about this young Portland-based photographer, we asked Olivia some questions about her photographs and about being a teenager in America via e-mail. Scroll down for slideshow of her "Lovers" series.

HP: What are the rites of passages that you think all teenagers should go through?

OB: Getting into a big problem with the police, everyone should go through that. Getting your heart broken, getting really bad grades, getting really good grades, some partying experience probably, and just like finding stuff that makes you genuinely happy, that you're not doing for anybody else.

HP: What do you think your youth allows you to see or do that older artists cannot?

OB: Being my age you kind of have a fresh perspective on stuff. I have the advantage of learning from photographers who are a lot older than me and putting my own spin on it which I think is really important. Also in the age of the internet I think it is really important for me to be young and savvy. It is easier for me to get my work out there, to learn really quickly and see other people's work and learn from them. It's easier for me to see what I need to see and learn what I need to learn. 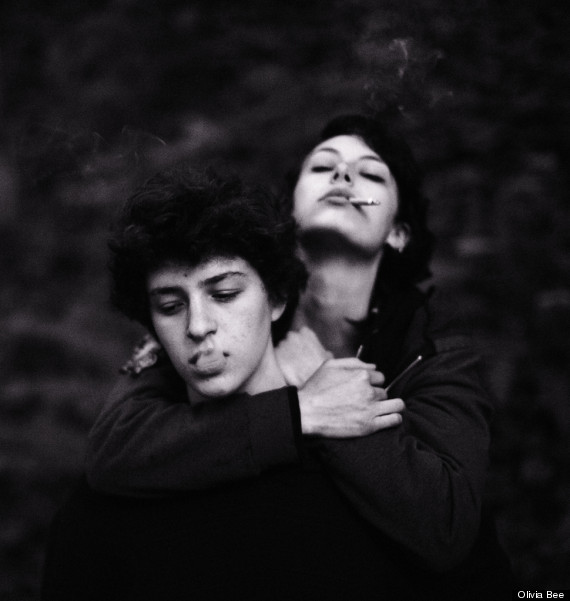 HP: Who were some of the older photographers you are referring to?

HP: What is a work that is inspiring you right now?

OB: [Mark] Rothko is really inspiring me right now. I take a lot of inspiration from painters. Sometimes I look at photography as abstract, as a lot of colors and forms as opposed to capturing action. I just saw an exhibition of it at the Portland Art Museum recently. I didn't know he did stuff other than the color blocking and it was really, really amazing to see.

HP: What are you working on now?

Check out Bee's visual diary below: 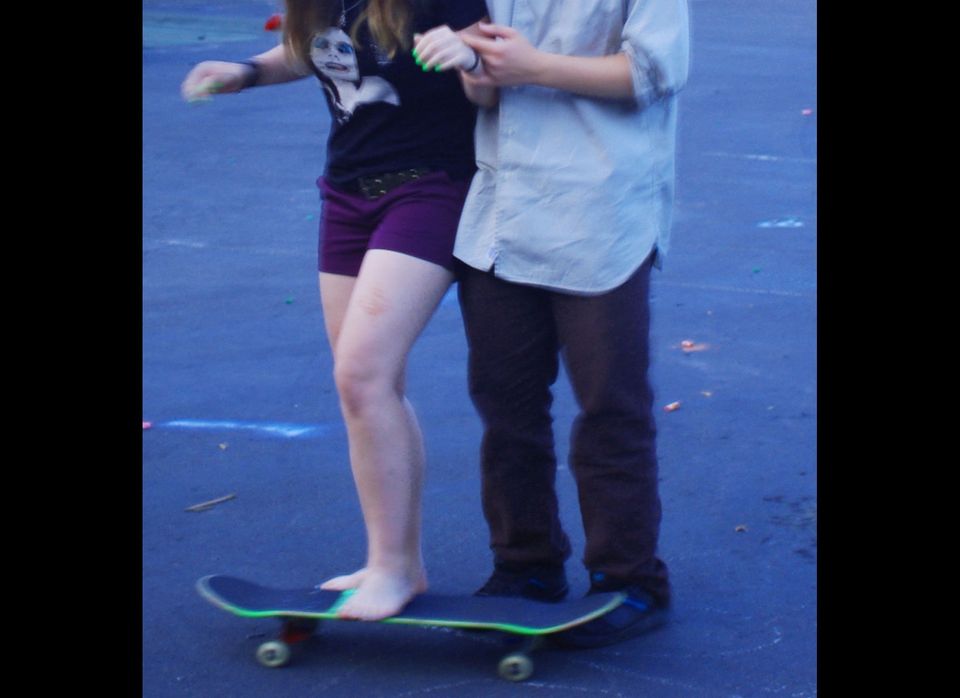 1 / 13
by Olivia Bee from the Lovers Collection