Olivia Wilde walked the red carpet at the 2014 Golden Globes Sunday night (Jan. 12), and the pregnant beauty was absolutely glowing. The 29-year-old actress stunned in an emerald green, sequin Gucci gown as she posed for the cameras. 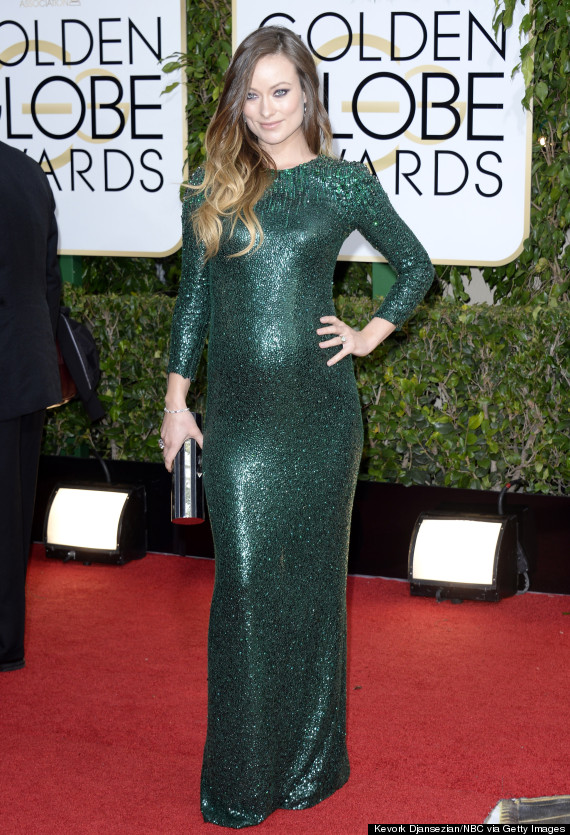 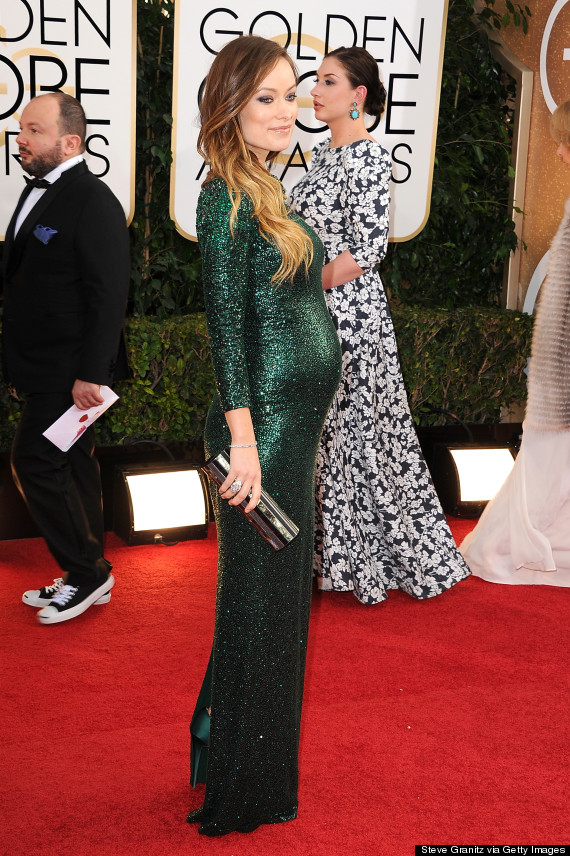 Wilde is at the awards show to support two films she was in last year, "Rush" and "Her," which are both nominated for Best Motion Picture -- "Rush" for Drama, "Her" for Comedy or Musical.

Verrrrry proud of the teams from Rush and Her. Congrats on the GG noms. Well deserved. High fives to everyone else too! Alex Ebert!!!!!

Wilde is expecting her first baby with fiance Jason Sudeikis, who proposed last January after a little over a year of dating.

"I really have learned a lot from him, especially when it comes to being bold and taking risks as an actor within a role," Wilde said of Sudeikis in Fashion magazine. "Comedians are so great about trying things, like doing seven takes in seven different ways and really not being afraid to stumble.''