“Whenever anyone hears the word 'vagina' they need to drink,” said actress Mamie Gummer, opening the evening of monologues at Glamour magazine's "These Girls" performance at Joe's Pub in New York City on October 8th. Anyone in the audience who followed that rule was likely feeling fairly tipsy by the end of the evening.

The event, benefiting the Urban Arts Partnership, featured monologues written and performed by Olivia Wilde, Rashida Jones, Zosia Mamet, Aubrey Plaza, Lauren Miller, Leandra Medine and Ari Graynor, and a musical performance by comedy duo Garfunkel & Oates. The show was directed by actress and comedian Kathy Najimy and brought out a crowd of influential women, including actresses Amy Poehler (who treated the audience to a rousing rendition of Katy Perry's "Firework" at the end of the show), Connie Britton, Carla Gugino and America Ferrara.

Each monologue tackled a different aspect of what it means to be a young woman. Rashida Jones performed first. "Men haven't had a revolution since the Industrial one," she said, railing against the often frustrating role that technology plays in relationships between men and women. We learned that she is adamantly against "winky smiles" because "how unsexy does semicolon bracket sound?" and wishes that people knew how to pick up the phone. "Just call us, OK?" she implored. "Even to break up with us."

After Jones, Ari Graynor performed a monologue written by fashion blogger Leandra Medine (a.k.a. The Man Repeller) about the time she got her period during her very first fashion panel -- all over her red, suede pants. Aubrey Plaza recounted her adventures working as a judge for an online dog pageant (and being fired for using work hours to write about and post photos of said dogs on her blog), and Lauren Miller poignantly discussed the dangers of talking down to yourself, reading aloud diary entries from when she was 13, 16, 19 and 21 that did just that.

"Girls" star Zosia Mamet's monologue focused on the rules of dating -- or rather, the lack thereof. "I'm exceptionally good at following rules if I f**king know what they are," she said. She specifically bemoaned the lost art of romance. It was hard not to sympathize with her frustrations when she revealed that a former boyfriend had suggested they spend a day in a hotel, ordering room service and laying around in fluffy white robes, only to subsequently suggest that her father foot the bill. "If you slept in my bed and Lewis and Clarked my body ... it might be nice for you to offer to buy me breakfast the next morning," she said. "Or a protein bar."

Olivia Wilde rounded out the monologues with an honest (and hilarious) discussion about her failed marriage to Italian prince Tao Ruspoli ("You can lie to your relatives at Christmas dinner and tell them that 'everything on the home front's just peachy!' but you cannot lie to your vagina," she said of her decision to get a divorce) and her current relationship with actor and comedian Jason Sudeikis. "I am so crazy about this dude, I could find David Beckham naked, in a cardboard box on my doorstep and I would drop him off at the pound," she said. Now that sounds like true love.

During the after-party, HuffPost Women caught up with Zosia Mamet to chat about her "Girls" character Shoshanna and find out who her favorite Spice Girl is. ("Girls" creator and star Lena Dunham recently said that she prefers Sporty Spice so it only seemed appropriate to ask Mamet the same.) Turns out, she liked Baby Spice best growing up. "But I feel like now I probably wanna channel Ginger," she told The Huffington Post.

She also revealed that being on a show as open about sex as "Girls" makes fans feel empowered to discuss their own sex lives with her. Mamet shared her two most interesting fan anecdotes with The Huffington Post:

Once a girl came up and was like, "I love your show. My boyfriend and I watch it together [and] every time after we watch it, we f**k, so thank you."

And then I had an 85-year-old woman come up to me on the subway. She was like, "Oh my god, honey, that scene where he's in between your legs. I've been married for 40 years and when my husband does that I still make the same faces." And then we had to wait for the subway together.

Mamet's fan encounters seemed to underscore the larger theme of the evening. When you share your story -- no matter how awkward or embarrassing -- we all feel a little less alone. 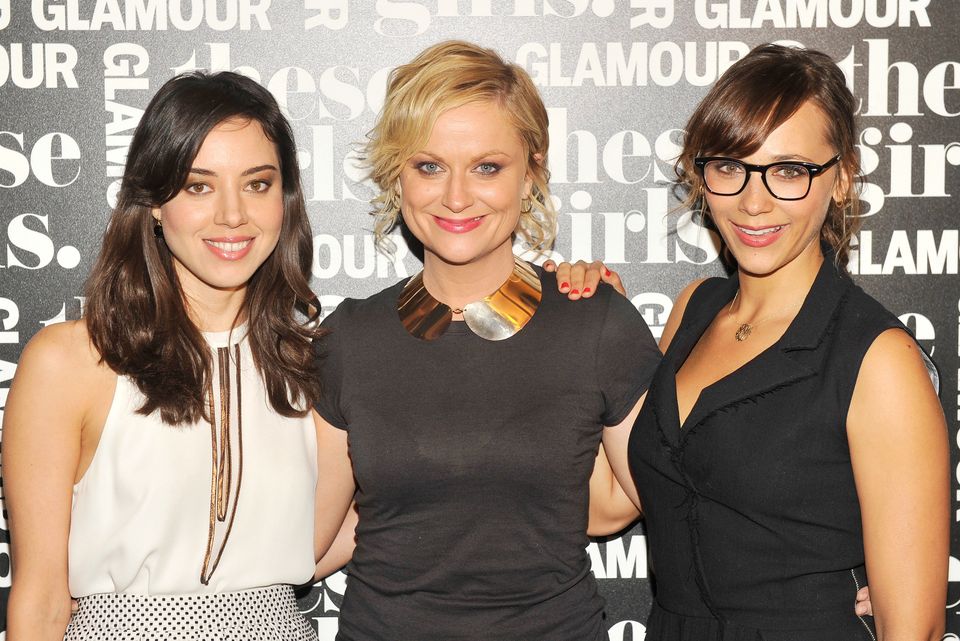