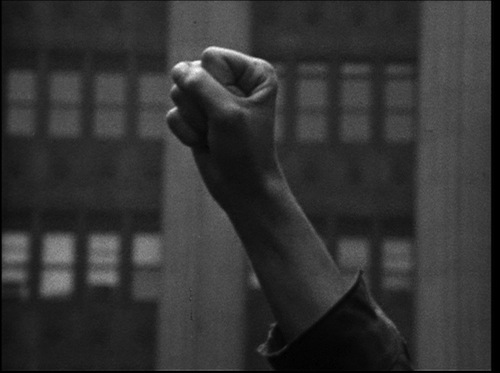 "The real voyage of discovery consists not in seeing new landscapes, but in having new eyes." Marcel Proust

I think the reason I love cinema so much is that, as a medium, it possesses the most potential for uniting the world. While we watch a DVD of a French film at home, sit in a theater being washed over by the images of an Italian B & W classic, or surreptitiously check out the recent download of a Bollywood movie on our iPad, we are undeniably transported to other lands, other eras and, most importantly, other ways of looking at things. But while the promise is there every time we choose a title, few films achieve the grand objective of forever changing our mind and enriching our world permanently.

Swedish filmmaker Göran Hugo Olsson's documentary The Black Power Mixtape 1967-1975 is one of those once-in-a-lifetime films which seamlessly reaches the full cinematic goal of changing its viewers' world for good. Face to face, the stylish, understatedly handsome Olsson is quick to point out that with The Black Power Mixtape "I am not trying to tell the story about the Black Power movement. I'm telling the story of how it was perceived in Sweden. So it's an outsider's look, from outsiders' material." As we sit inside a Soho eatery sipping coffee, in the quiet off hours of the afternoon, he continues "Erykah Badu, in the film, says that we have to tell our own stories, but this is my story. This is the Swedish story of this period in US history."

Here I thought I knew about the Civil Rights struggle, the Black Panthers and the Black Power movements around the world because I grew up grooving to the provocative lyrics of Jamaican Dub poet Mutabaruka, listening to the speeches of Louis Farrakhan, reading Nation of Islam newspaper The Final Call and learning -- through movies, books and TV -- the life stories of Malcolm X, Nelson Mandela and Maya Angelou.

Turns out, I was like an encyclopedia with a few hundred pages missing, because my knowledge didn't dig quite as deep as I thought, leaving out important dates, and misinterpreting the role of important individuals who changed the world with their presence. While watching The Black Power Mixtape, it is impossible not to become enchanted with the charismatic Stokely Carmichael, the passionate Angela Davis, the enlightening Eldridge Cleaver and the entire circle of exceptional men and women who made the Black Power movement the seismic event we are still feeling, and thankfully living, in our modern-day USA.

It was precisely those personalities and their style that lit the spark to create The Black Power Mixtape. Olsson explains " the same day I saw the speeches by Stokely Carmichael and the interview with Angela Davis in jail. That gave me the idea: first you have this black and white where everybody looks sharp in their suits and then you have this 70s style with those colors in that prison, green and red and black. That made up my mind. It was a visual process." But a film is about so much more than visuals and choosing a project for Olsson has always involved "two factors: it's a balance between seeing the potential cinematic value of it and the importance, the connection you have to it yourself. Both must be 100% in order to start a project."

Olsson, who also edited the film, created the inspiring work of art that The Black Power Mixtape turns out to be, by putting together thousands of feet of archived reel shot and produced in the 60s and 70s, then adding in modern-day commentaries by African-American personalities like Badu and Talib Kweli, and rounding it all off with a groovy soundtrack.

When I ask Olsson why Sweden filmed such extensive coverage of the Civil Rights struggles in the US, he explains "Sweden was neutral at the time. And this was the peak of the Cold War. In a way, the Swedish media decided that they should do their own news reporting of the world. Swedes should go out into the world and tell the story of the world to the Swedes" without resorting to British, US or even Russian stock footage. He also adds that "Dr. [Martin Luther] King received the Nobel Peace Prize in '64. That connected the establishment in Sweden to the Civil Rights movement and then the youth generation of '68 picked that up." 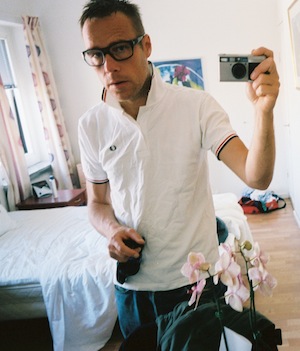 Throughout Olsson's film, what strikes the viewer is the kind of grace and humility that Swedish journalists possess while interviewing their subjects. It's exactly those qualities which built strong cultural bridges of trust between the races and reached right into the human aspect of their story, allowing for a vulnerability never before associated with such powerful personalities like Carmichael and Davis. It's a quality I intrinsically understand sitting across from Olsson.

During an interview conducted by Swedish journalist Ingrid Dahlberg with Stokely Carmichael's mom Mabel, Carmichael himself takes over the questioning. In his soft-spoken charm, he is at once respectful and unrelenting with his mom, coaxing out of her the exact message he wants the world to hear. The result may well be my favorite moment in the film.

It's not hard to find within the message of the filmmaker and his co-producers Danny Glover and Joslyn Barnes parallels to what is going on in the world today, particularly the revolutions of the Arab Spring. Poverty, oppression and discrimination on the basis of color, class or religion are still alive and well in the modern world, even if they may have changed geographical locations a bit.

In fact, about this parallel Olsson is quick to point out "when I started the project friends of mine said "Oh, demonstrations, revolutions, that's so yesterday, the world doesn't function in that sense anymore." But we also have two things that are similar: first of all and most importantly, you can keep young people down for some time but you can't keep them down forever. When rulers forget the young people and don't listen to them, they are basically out of office. It could take one hour, or one decade, or two or three like in Egypt but it's so obvious." Olsson continues "the second thing is -- and I could see it in the faces in Cairo, that they had the same dilemma -- we are non-violent, we are demonstrators and if you shoot at us, we remain non-violent. But we can't be non-violent forever. This method is not Gandhi's. The choice is not between non-violence and violence, it's something in between."