The worst thing to bring to the Olympics isn't necessarily a lingering injury or a fierce rivalry with a fellow competitor. Depending on how things play out, the heaviest burden to carry into the Olympics can be expectations.

Just ask the men's soccer team from Spain, some of the top women's badminton players or U.S. gymnast Jordyn Wieber.

You might also want to ask Ryan Lochte, who could only temporarily take the spotlight from teammate Michael Phelps despite boldly proclaiming that the London Games were "my time." Of course, Lochte seemed to be enjoying himself thoroughly, despite failing to dominate the swimming events as we were led to believe he would.

Unlike Lochte, many of the other athletes and teams in London who didn't achieve what was expected didn't go out with a diamond smile, they went down kicking and screaming (see: Spain), crying (see: Jordyn Wieber after she failed to qualify for the individual all-around final) or in disgrace (see: the great badminton scandal of 2012).

While Usain Bolt and Phelps (after a slow start) lived up to their advanced billing and held the spotlights they first earned with otherworldly performances at the 2008 Games, such performance under scrutiny remains the exception rather than the rule.

Here are some of the biggest busts from the London Games. Did we leave anyone out? Is there anyone who you think doesn't belong on the list? 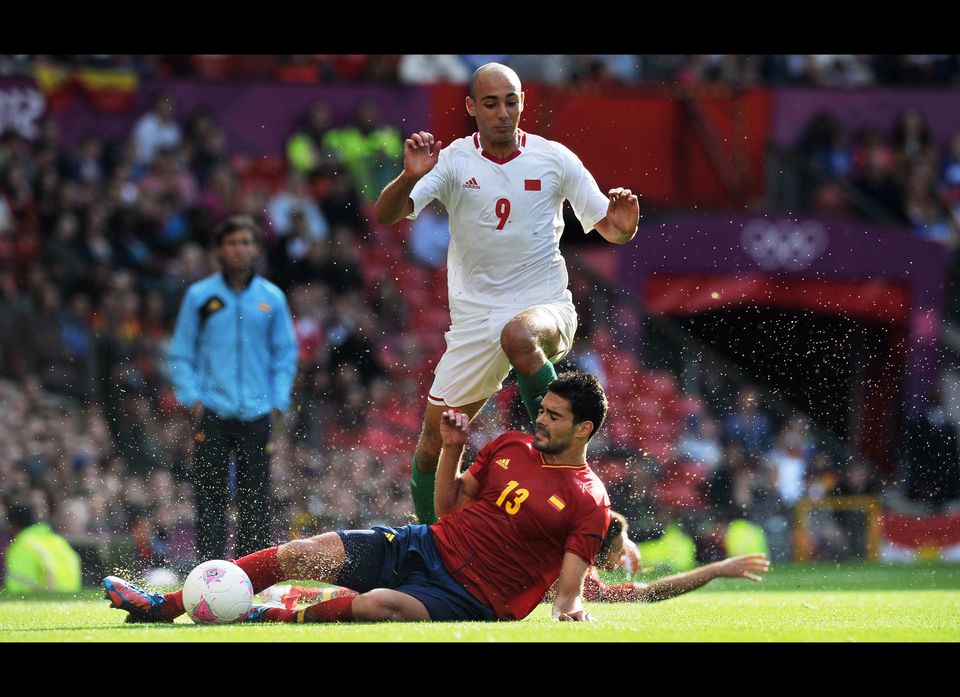 1 / 17
Spain National Soccer Team
Although the men's soccer team from Spain was missing most of the key players from the squad that won Euro 2012 and the World Cup in 2010, expectations for La Roja were sky high. Spain shockingly <a href="https://www.huffpost.com/entry/spain-olympic-soccer-honduras-bengston-goal_n_1717203" target="_hplink">fell to Honduras, 1-0,</a> and exited the Games early as they failed to advance from the first round. They had only one point, the lowest in their group.
Getty