Hot pink was clearly the color of the day Tuesday as the Olympic pairs figure skating competition kicked off in Sochi, Russia, with the short program.

As many expected after their sensational skate as key members of the gold medal-winning squad in the team figure skating competition, Russians Tatiana Volosozhar and Maxim Trankov took the lead with a flawless skate that bested their next closest rivals.

Though Germany's Aliona Savchenko and Robin Szolkowy trail the Russians by almost five points heading into the final free skate, they still made a lasting impression with their "Pink Panther" program which, naturally, featured the return of one of the most epic catsuits we've ever seen worn in figure skating (as well as an impressive Chief Inspector Dreyfus look).

Not to be outdone, NBC commentator Johnny Weir, whose fashions some say have stolen the show from the competing skaters' traditionally flashy on-ice wear, rocked a hot pink jacket that just so happened to match Savchenko's loud look. For her part, fellow NBC analyst Tara Lipinski also brought her fashion "A" game and wore a pale pink jacket with a Lana Del Rey-esque floral hair piece.

Johnny Weir is a walking middle finger on the streets of Sochi today. An American hero. pic.twitter.com/x43zbneCb0 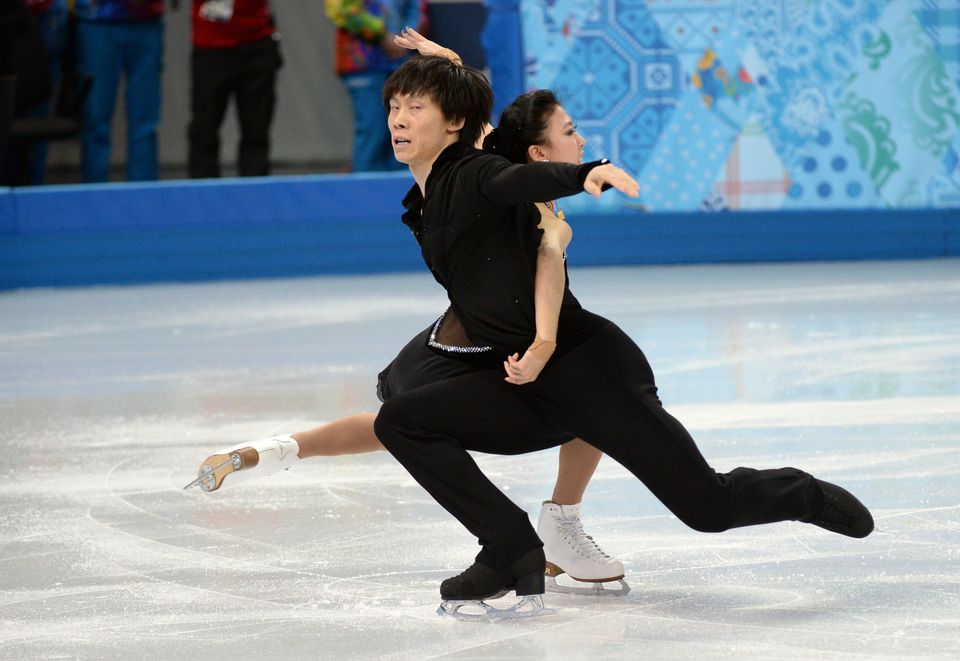