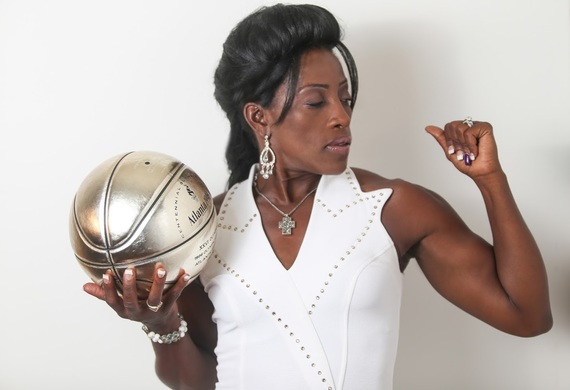 Competing in the Olympics should be a dream come true. But for basketball player Ruthie Bolton, it was hard to enjoy her success when her life at home was a nightmare.

In 1996, Bolton was a star of the United States women’s basketball team, training for hours every day in preparation for the 1996 Olympic Games in Atlanta. Every night, her then-husband would go to bed next to her with a gun.

Bolton tells me that her husband’s warning — that he had the gun "in case you try something" — was loud and clear. Over time, she actually got so used to his guns that she even bought him one for his birthday. "It was like a psychological thing," she says. "In my mind, there was no way, if he ever tried to hurt me, that he would shoot me with the gun I bought him."

Yet, guns actually place domestic violence victims at great risk. Statistics show that domestic violence is more likely to turn deadly when an abusive partner has access to firearms, and firearms increase the risk of intimate partner homicide more than five times.

But Bolton was determined to make her marriage work. Looking back, she feels that her mentality of "work hard and defy the odds," her biggest strength on the basketball court, was her biggest weakness at home. At Safe Horizon, we know that Bolton did not contribute to the abuse perpetrated against her: Abuse is a choice an abuser makes and is never the fault of the victim. But in Bolton’s heart, she felt that if she just worked at her marriage hard enough, her husband would see how much she loved him, and things would get better.

They didn’t get better. As an Olympic champion, Bolton should’ve felt on the top of the world. Instead, she believed she had failed. “At one point, I felt like throwing my Olympic gold medals away," she recalls. "I felt like I didn’t deserve them because I couldn’t keep my home happy. My husband was constantly upset with me. It was hard. The world seemed to be proud of me, but at home, I was miserable.”

After shattering glass ceilings for women in sports, Bolton is now shattering the silence around the domestic violence she endured for years so that her story of survival can help others. That’s why she is painting the nail of her left ring-finger purple — the color of the anti-domestic violence movement — to declare her vow to help end domestic violence. The painted fingernail represents her support for Safe Horizon’s #PutTheNailinIt campaign, which has already touched the lives of millions. 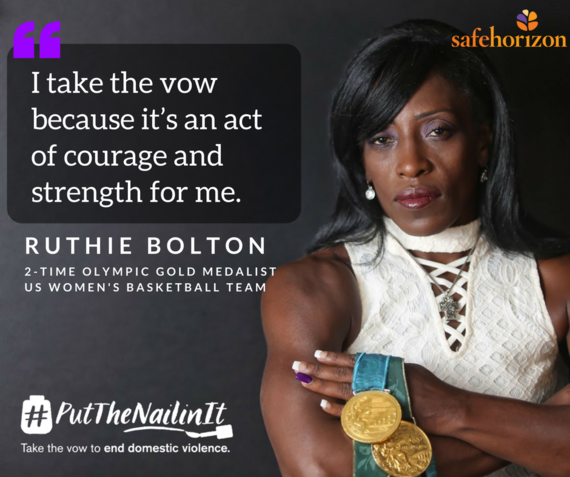 I was honored to speak with Bolton recently about her experience with domestic violence as a basketball player, a woman, and an Olympian. To read that inspiring interview please head over to Refinery29.