Olympic gymnast Danell Leyva finished his time in Rio with two silver medals in hand and a viral performance at the Gymnastics Gala online. But the Cuban-American is far from ready to leave the spotlight.

The 24-year-old Miami native sat down with The Huffington Post to discuss his journey to Olympic glory, why he’s a self-proclaimed feminist and his plans to move to Los Angeles to pursue a career in acting.

Your gymnastics story had a rocky start. After your first gymnastics lesson at the age of 3, the coach didn’t think you were fit for the sport. What happened? Obviously he was wrong.

I was incredibly hyperactive. My mom in Spanish would say inquieto because I wouldn’t stop moving, ever. Plus on top of that I was very uncoordinated. I was all over the place. So the guy straight up went up to my mom, and he was like “Please, don’t bring him back.” [laughs]

And your mom was a gymnast too, right?

She was. At first she thought that I wasn’t going to do well in gymnastics. In Cuba they had this system in place, when my mom and my dad were gymnasts, they would look at their body types and see their arms, the arch in their feet, things like that. And by those standards, I would not have been picked to be a gymnast. So my mom was like “Oh, it’s gonna be too hard for him, maybe not,” but my dad, he saw that I had immense amount of heart and love for the sport. So he said, “Maybe we should give it a shot.”

And Yin Alvarez, your stepfather, has been your coach ever since. Is it hard to train with someone who is family?

Not really, just because he was always very fair with everyone. I wasn’t his son in the gym, I was another one of his gymnasts.

But you’re not just any gymnast. You just won two silver medals at the Rio Olympics. You were originally an alternate but then your teammate and friend, John Orozco, re-tore his ACL. Tell me what went through your head when you were called in to replace him.

It was very, very bittersweet because as you said he’s a friend and a teammate. We’ve known each other for a while, for a long time now. And he’s had a very rough year and a half, for him to make it onto the team was incredible. Everybody was so happy for him, I was so happy for him. And then when he got hurt it was devastating. But I was obviously incredibly honored to be named to the competitive team and knew I had a job to do and I kind of wanted to represent him as well. And I tried to do that in my performance.

It was your performance at the Gymnastics Gala that really caused a stir online. You gave the world a bit of a strip tease. Did you plan it?

I planned that, I was like yea whatever I’m just going to take my top off [laughs]. I didn’t really expect it to be this popular, at all. I think that’s more popular than my actual medal routines. People are like “Oh you’re that guy who danced with his shirt off on top of the parallel bars, nice.”

Another tidbit about you that the internet loves ― which also has nothing to do with your routine, sorry [laughs] ― is that you’re a self-proclaimed feminist.

It’s so rare to see male Latinos in the public eye use the word “feminist” to describe themselves.

A lot of people shy away from that word. They’re not scared, they just don’t want to make anyone else upset. But I don’t care. People hear that word and they’re like “Oh, you want women to be better.” No. You’re wrong. We want people to be equal.

So was there a specific moment or conversation that led you to embrace feminism?

It was when I realized it was common sense to be a feminist. I think what helped was the fact that I’ve always been surrounded by very powerful women. My mom was the one who got me and my sister out of Cuba, by herself. My sister was 12 and I was a year and a half. We went to Peru, and we weren’t even supposed to stay in Peru for long. But we ended up staying for 6 months, so my mom obviously had to go out and look for work, so we could survive. And my sister, being 12-years-old, was the one taking care of me.

I think I realized I was a feminist when I saw the contrary ― when I saw people that didn’t have that mentality, that [saw] other people as less. I was like “what are you talking about? Everybody is the same.”

I realized it was common sense to be a feminist." Olympic gymnast Danell Leyva

And the Latino community often grapples with machismo at times.

Yea, it sucks because among Hispanics, the machismo is very there.

So do you think it’s important that more Latino men embrace the term, feminist?

Yes and the mentality. And [that they] try and help other male Latinos be on that same page.

One final thing I wanted to ask you: Are the rumors that you’re retiring from gymnastics true?

Not necessarily, not officially. I’m just taking time off from competitive gymnastics but I am going to keep training. For sure I’m going to take the year off. First of all, I’ve never done that, I’ve always done gymnastics. For the past 21 years that’s all I’ve done. So I wanna do something different. I want to switch it up. I want to see what’s out there. I have other aspirations. I have other passions.

Yes, I heard you’re moving to Los Angeles to pursue acting. Why acting?

By no means am I looking at is as “well I did this, so I can do this easily.” No, I understand it’s gonna take an immense amount of work but I’m ready for it. I want it just as bad as I wanted these medals. 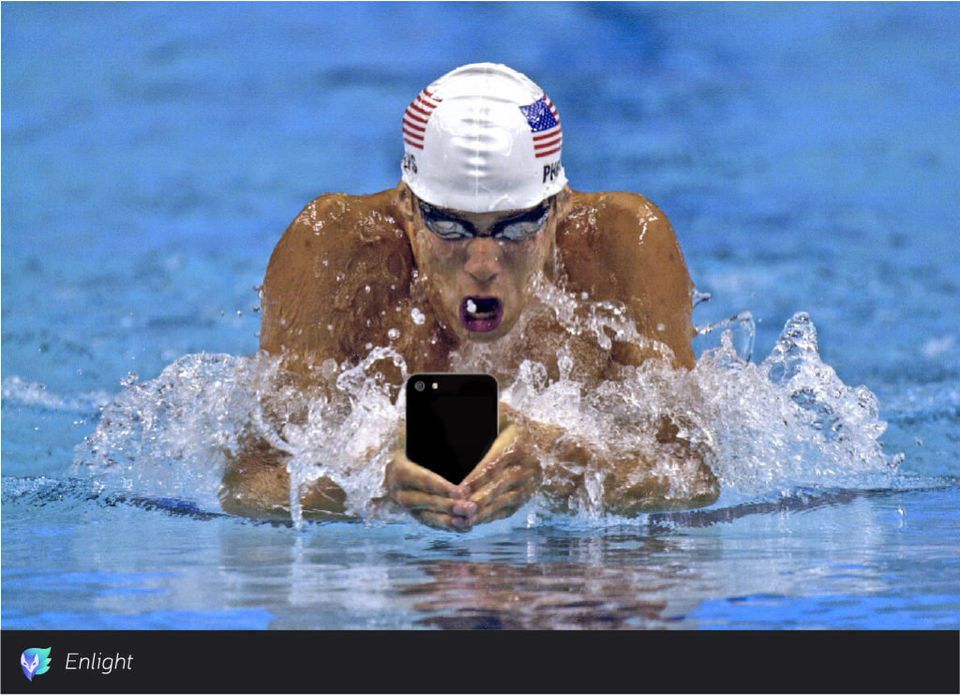