When it comes to Danny Boyle's Olympic Opening Ceremony, there are many things that we can look forward to: live animals, a sing-a-long led by Paul McCartney and perhaps most impressively, a hoard of Mary Poppinses slaying a 40-foot Lord Voldemort. But as any good party planner knows, a great celebration needs an epic soundtrack.

In June, Boyle's rumored 86-track Opening Ceremony playlist was leaked to The Telegraph, and it offers a sweeping survey of British music, from old classics -- Beatles ("She Loves You") and The Rolling Stones ("Satisfaction") -- to lighter fare -- Dizzee Rascal ("Bonkers"), Tinie Tempah ("Pass Out") and the Sugababes ("Push the Button").

Punk rock, a genre developed in the mid-1970s, gets an Olympic shout-out with samplings from the oeuvres of the Sex Pistols ("God Save the Queen") and The Clash ("London Calling"). David Bowie -- and his alter ego Ziggy Stardust -- ("Starman," "Heroes" and "Absolute Beginners") and Queen ("Bohemian Rhapsody") will also get their time to shine during the ceremony.

The British new wave movement is partially represented with hits from Duran Duran ("The Reflex") and uber-new wave artists Franz Ferdinand ("Take Me Out") and the Kaiser Chiefs ("I Predict a Riot"). Noticeably absent, however, are tracks from The Police, The Smiths and The Cure. British icons Elton John and Tom Jones, who both performed at the Queen Elizabeth II's Diamond Jubilee concert, are also curiously missing from the playlist. Perhaps Boyle didn't want this playlist to feel like a repeat performance.

Looks like the Queen will sport those infamous earplugs once again. We can only hope they're Union Jack-inspired this time.

To view the full 86-track Opening Ceremony playlist, head over to The Telegraph, or if you have Spotify, you can listen to the full playlist below.

Look for the complete Olympic soundtrack -- "A Symphony of British Music: Music For The Closing Ceremony of the London 2012 Olympic Games" -- on August 12. 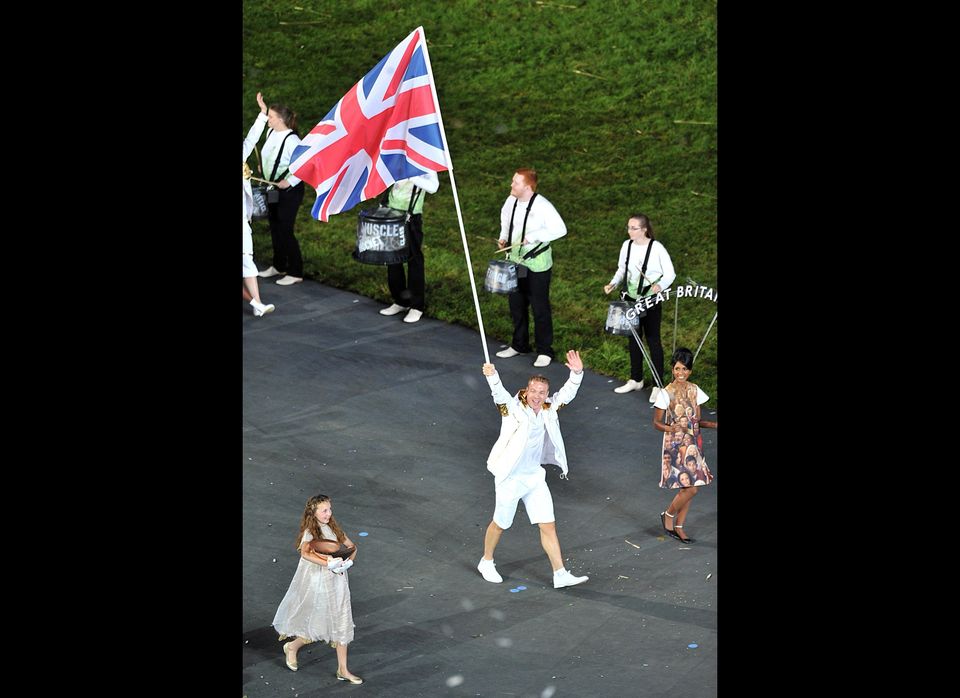