Olympian Kellie Wells has spent her life overcoming hurdles -- in both literal and heartbreakingly figurative ways.

After taking home the bronze in Women's 100m Hurdles on Tuesday, the runner, who was raped by her stepfather as a child, has pledged to use her success to help sex abuse victims, ESPN reports.

Wells first shared her story after a torn hamstring prevented her from participating in the Beijing Games.

She detailed her childhood in a blog post -- explaining that her stepfather perpetually abused her in her own home -- and Wells ultimately revealed in an interview that, when she was 16-years-old, the abuse escalated to rape.

"It took a lot of courage," she recalls. "I knew it would have a big impact but I just thought of the 'little me.' There are a lot of 'little mes' that look up to me now."

Wells had long utilized track as an escape. She explains in an interview with NBC that long practices were a refuge from what awaited at home. After her mother proved unreceptive to her plea for help, Wells packed up and left -- only to hear one month later that both her mother and her rapist had been killed in a car accident.

The hurdler's determination led her to Hampton University, National Championships, and, ultimate Olympic glory. It is now her hope, she explains, to devote her strength to empowering others.

"If I could save one person's life, help them get out of a terrible situation, to save themselves or to save their children, then my whole life, my whole career, is very much worth while," she said. 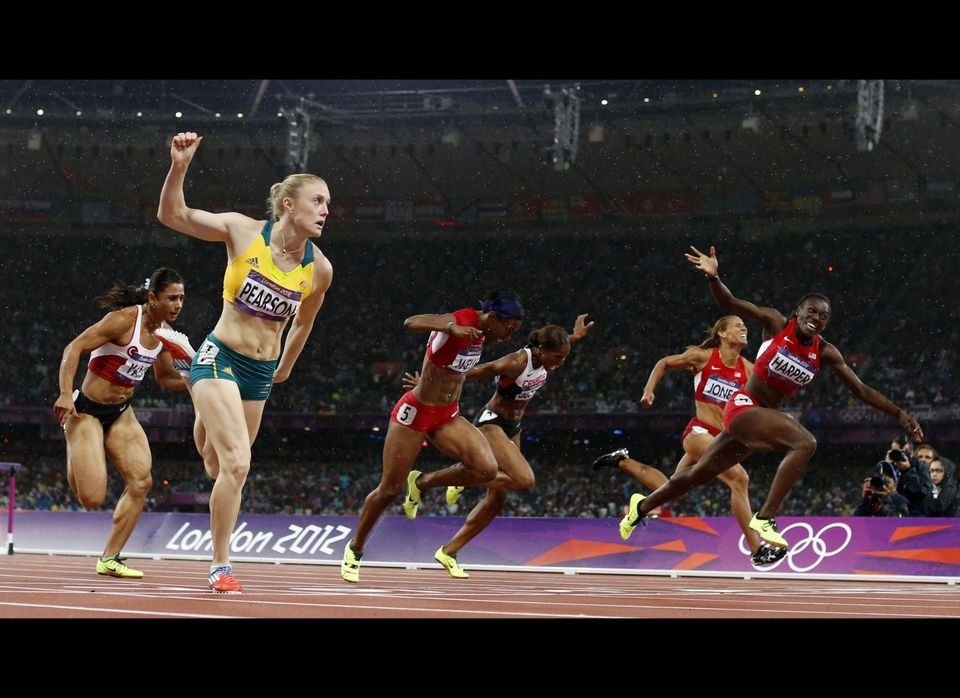