A North Carolina teacher is drawing both praise and criticism for the way he handled a bullying situation with one of his students.

Omar Currie, 25, teaches third grade at Efland-Cheeks Elementary School in Efland, North Carolina. Three weeks ago, Currie overheard some of his students calling one of their male classmates "gay" and "a woman." Instead of sending the bullies to the principal's office, Currie took a different approach: He read his class King & King, a children's fable by Linda de Haan and Stern Nijland that features a same-sex romance. 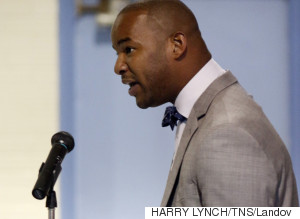 Currie, who identifies as gay, told The Huffington Post that he wanted to have an honest conversation with his students -- whom he affectionately refers to as his "kids" -- on how to treat people who may seem different.

"There was a group of boys that had been referring to the child as a girl or a woman, saying ‘OK, woman,' or 'OK, girl,’" Currie told HuffPost. He stepped in and addressed the issue, he said, but then it happened again. "This particular child who was being bullied was very, very upset."

The following day, Currie read his class King & King, a picture book whose main character, a prince, must find a suitor to marry. After meeting with a succession of princesses and feeling no spark, the prince eventually falls in love with another prince. The two wed, becoming kings together, and the book ends with the two kings kissing. 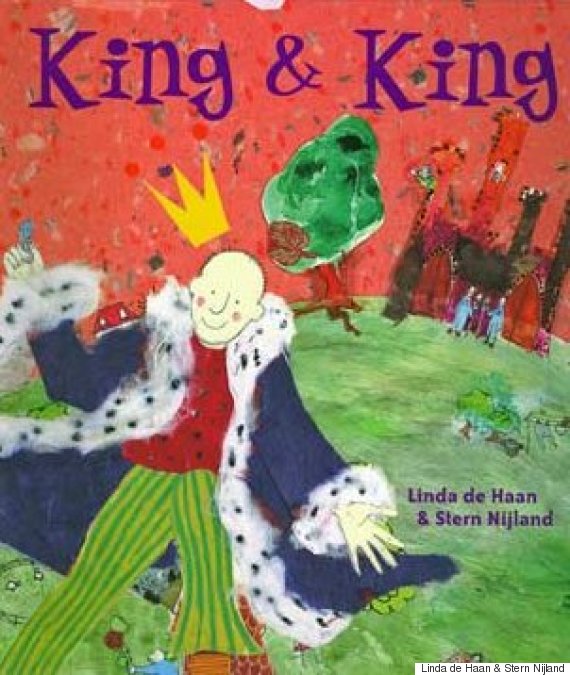 "One student said that it made them uncomfortable, saying, ‘Well, I’ve never seen two men marry each other,’" Currie told HuffPost. "I said: 'Well, it’s normal to feel uncomfortable when you feel something new, but what is the moral? The moral is to treat people well, no matter who they are.'"

Currie's decision was not without controversy. At least three parents filed formal complaints against the teacher, leading to a meeting at the school last Friday to determine whether the book would be banned. About 200 people showed up to the meeting, with the majority of community members supporting Currie's decision. 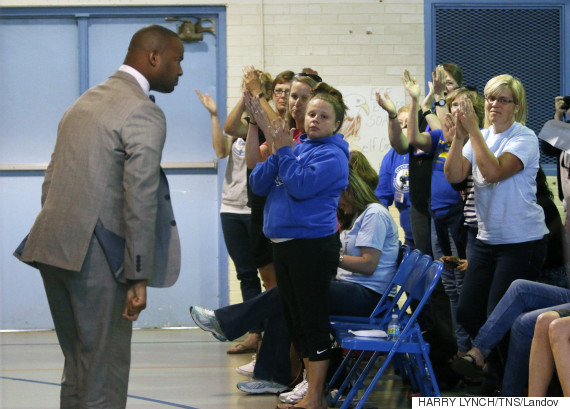 "The experience was very overwhelming in terms of the amount of support I received," he said.

However, a number of parents said they were dismayed to find out that Currie had read King & King to his students.

"[You're] infiltrating young minds, indoctrinating children into a gay agenda and actively promoting homosexuality to steer our children in that direction," parent Lisa Baptist said at Friday's meeting, according to WRAL.

"The comments that were most difficult were the ones from parents and community members saying that my kids can't handle this conversation," Currie told HuffPost. "These people are underestimating my kids. I know what they’re capable of, how intelligent they are and how passionate they are. To say my kids couldn’t have a conversation about bullying was very disgusting to me, quite honestly."

Currie said he knows all too well the pains of being bullied at school. He said the classroom should be a safe environment for all children.

"Every single day in middle school I was called a faggot," he said. "I was called that in front of teachers and no one ever stopped to address the problem. It gave me an understanding that it must be fixed immediately when it happens."

The school board committee ultimately determined that the book would not be banned, but that in the future, teachers must inform parents about every book they plan to read for their class. Currie said he disagrees with the latter decision, but appreciates the love and support he has received.

"Three weeks ago, after I read the book, it was a very lonely experience, because I felt like I was standing by myself," he said. "On Friday, it wasn’t just me standing up for what was right, it was all of us. That was powerful."