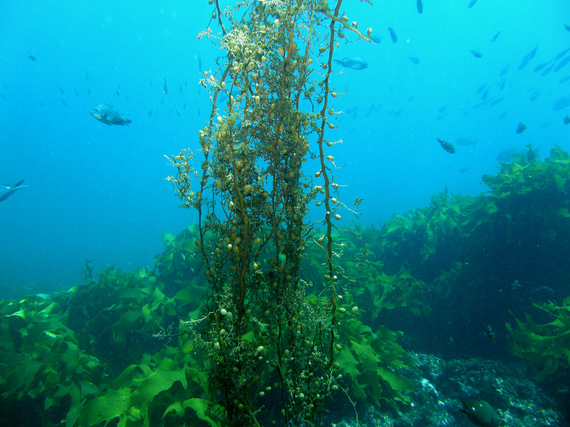 Not all fats are created equal. They vary significantly in structure, form and metabolism, and some are superior to others in their nutritional benefits. While saturated fat has been shown to contribute to heart disease, along with a number of other chronic diseases, omega-3 polyunsaturated fats are essential to maintaining good health and have many proven health benefits.

There is a growing interest and market for omega-3 supplements as a result of the evidence-based health benefits, and because so many people are now concerned about obtaining omega-3 from consuming fish because of potential toxins and high levels of mercury and PCBs. They are especially important for those following a plant-based vegan diet.

Omega-3s are vital to our immune system, brain development and cognitive function, and prevent inflammation. In 2002, the AHA published a scientific statement in the Journal of the American Heart Association entitled "Fish Consumption, Fish Oil, Omega-3 Fatty Acids, and Cardiovascular Disease. It said:

Omega-3 fatty acids have been shown in epidemiological and clinical trials to reduce the incidence of CVD (cardiovascular disease) Evidence from prospective secondary prevention studies suggests that EPA+DHA supplementation ranging from 0.5 to 1.8g/d (either as fatty fish or supplements) significantly reduced subsequent cardiac and all-cause mortality.

In addition, the statement reported that omega-3s:

On the flip side, in 2012, JAMA published a meta analysis that questioned the association of omega-3s to heart health. The latest news, however, from a March, 2015 review in AHA's journal Circulation, has re-evaluated the evidence studying the relationship between blood levels of omega-3 fatty acids and CVD risk. It emphasizes that the significance may not be in the consumption of Omega 3s, but in how well the body absorbs them. It differs in individuals based on a variety of factors such as blood level response to omega-3 supplementation, the quality of the omega-3 supplements, different doses and the length of supplementation as treatment.

Our bodies can make most of the fats that we need need, but omega-3s cannot be synthesized by the body and therefore must be obtained through food or a supplement. omega-3s are polyunsaturated fatty acids with a double bond at the third carbon atom from the end of the carbon chain, hence the name omega-3. Omega-3s are made up of alpha-linolenic acid (ALA), eicosapentaenoic acid (EPA), and docosahexaenoic acid (DHA).

EPA and DHA are the long-chain fatty acids that have been reported to produce significant health benefits. They are found in marine algae and fish that eat marine algae such as salmon, sardines, mackerel, tuna, halibut and herring. ALA is a shorter chained fatty acid that is present in plant sources such as flax, hemp, chia, pumpkin seeds, walnuts, soy, and in smaller amounts in other plant sources such as kale or spinach. Flax seeds can be used as a plant-based source for omega-3s because they contain 50 percent of ALA. ALA can be converted to EPA and to DHA, however, it must compete with omega-6 for this conversion to occur, and according to a study in the Canadian Medical Association Journal ,this conversion is limited to only about a 5 percent conversion of ALA to EPA and an even lower rate to DHA.

As with all supplementation, consult your physician before adding or changing a dose of omega-3 supplements. According to Dr. Ornish, it is generally not recommended for those with congestive heart failure. Omega-3 supplementation should be evaluated and monitored by your physician if you're taking a blood thinner, anti-platelet drugs or anti-inflammatory painkillers such as Advil or Motrin since the combination may increase the risk of bleeding. Omega-3s may interact with other medications or supplements such as gingko biloba, so make sure to double check with your physician and pharmacist for any potential interactions. If you are pregnant, have diabetes or at high risk for bleeding, discuss taking omega-3 or any supplements with your physician.

According to the Mayo Clinic, the World Health Organization recommends a daily EPA and DHA intake of 0.3-0.5 grams and a daily ALA intake of 0.8-1.1 grams. It's important to read the labels since fish oil supplements contain fish, and some can be relatively high in cholesterol. The Ornish reversal nutrition guideline suggests avoiding cholesterol containing fish oils that have more than 2 mg cholesterol. Omega-3s can be labeled cholesterol free if they have less than 2 mg of cholesterol per serving. The cholesterol from fish capsules can add up depending how many you need to take to reach the recommended 2-4 gm a day.

The Benefit of Marine Algae or Plankton Supplements

If you're trying to avoid cholesterol, getting omega-3s from marine algae supplements instead of fish oil is a good option as they are naturally cholesterol free. In order to obtain 2-4 gm of omega-3s, however, you will need to spread several suggested servings over the course of the day. For optimum absorption, it is best to take them with a meal that includes other naturally occurring fats such as legumes or whole grains. The recommendation from the American Heart Association (AHA) suggests consuming 0.5 to 1.8 grams of omega-3 fatty acids per day as fish oil, with 1 gram per day of EPA and DHA for people with heart disease. The recommendations for plant sources are higher at 1.5 to 3.0 grams per day due to the limited conversion. Fish oil supplement formulations differ with variable amounts of EPA and DHA. A 1-gram capsule may contain between 200 and 950 mg of EPA and DHA.

Skipping the middle man, or the "middle fish," and getting your omega-3s straight from marine algae or plankton is becoming an excellent plant-based option and backed by impressive ongoing research. Fish themselves do not produce omega-3s, but rather store them from consuming microalgae or prey fish that have consumed phytoplankton. Phytoplankton is also rich in selenium, iodine and antioxidants that protects it from oxidation. Currently, the AHA has no specific recommendations for phytoplankton sources.

What benefits have you experienced from taking omega-3s?

This article was originally published in Ornish Living.