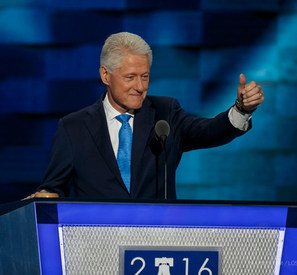 Rachel Maddow and some other feminists need to get a grip. They profess horror that, at the outset of his DNC speech last night, President Clinton referred to Hillary Rodham when he first saw her as "a girl." I'm shocked--shocked!

"Talking about 'the girl,' 'a girl.' Leading with this long story about him being attracted to an unnamed girl," Maddow said on MSNBC. "... that was not a feminist way to start. ... The top of the speech I found shocking and weird." 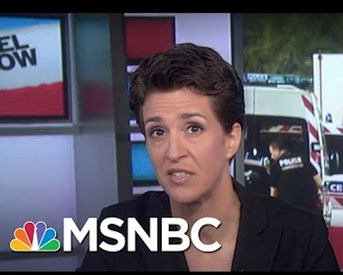 A short time later, Maddow and Nicolle Wallace agreed that women viewed what Bill Clinton said differently than men did and referred to his description of meeting Hillary as "hitting on her," which doesn't remotely match what he described.

I pride myself on being a feminist, and it is comments like these that open the way for a madman, Donald J. Trump, to gain support by babbling about "political correctness." Practically everyone, including the overwhelming majority of women, routinely refers to females as "girls."

Bill Clinton has done many things are ought to (and do) anger feminists, but this isn't one of them.

Complaining about the use of an innocent term obscures the distinction between nonsensical "political correctness" and the use of genuinely derogatory language, such as what Trump and his followers do every day. Girl is not even close to being in a league with Trump's nuclear-level misogyny: "You have to treat [women] like shit"; "bimbos"; "fat pigs"; "dogs"; "slobs"; "disgusting animals"; "A woman who is very flat-chested is very hard to be a 10"; "My favorite part [of Pulp Fiction] is when Sam has his gun out in the diner and he tells the guy to tell his girlfriend to shut up. 'Tell that bitch to be cool. Say: "Bitch be cool."' I love those lines"; "The Face of a Dog"; "Look at that face! Would anyone vote for that? Can you imagine that, the face of our next president?; "You could see there was blood coming out of her eyes, blood coming out of her--wherever" ....

Trivializing complaints about language abets those who want to use truly outrageous terminology in reference to women.

Robert S. McElvaine teaches history at Millsaps College. Among his books is Eve's Seed: Biology, the Sexes, and the Course of History.