The NBA posted a photograph of Sacramento Kings forward Omri Casspi and Memphis Grizzlies center Hamed Haddadi. Casspi is the first Israeli player to play in NBA history and Haddadi is the first Iranian. Just last week Haddadi was involved in a controversy when two Clippers announcers were suspended for comments about the Memphis center that some found offensive. Casspi finished tonight's game with 15 points and three rebounds, while Haddadi did not play in the Grizzlies' 116-105 win over the Kings. 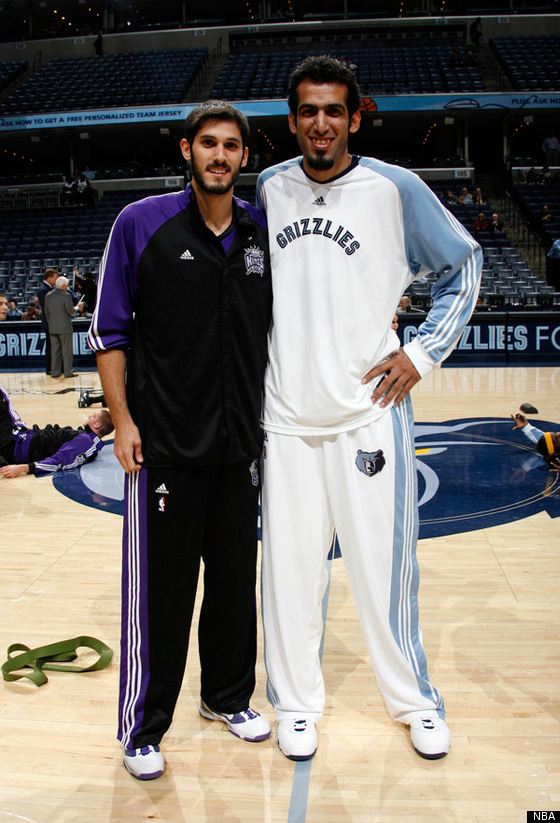